By Charlotte Faircloth, University of Kent

Not long ago, an email went around some of the academic lists I subscribe to entitled “New parenting study released”.

Heart sinking a little as I clicked the link to a New Yorker article, I expected to find yet another piece bewailing the failings of modern parents, and instructing them to adopt x or y new (or old) technique to better bring up their children. Imagine my delight, then, when I read the first line:

A recent study has shown that if American parents read one more long-form think piece about parenting they will go fucking ape shit.

But that welcome tidbit of light relief points to something rather less funny that’s been going on in the world of parenting for a while now. Among parents, journalists, academics and others, there is a growing sense that there is just too much monitoring of and debate over the ins and outs of parenting – and it’s not just overbearing, but often plain boring.

The minutiae of how parents raise their children – how they feed them, talk to them, play with them or discipline them – have become routine (even constant) points of personal scrutiny, public debate and policy-making.

There are now so-called “parenting experts”, and social movements like “attachment parenting”, telling us that “science says” what parents do is the cause of and solution to a whole host of social problems. And while it doesn’t take a jaded social scientist to notice that the way we raise our kids has changed, a group of us at the University of Kent felt that the trend was worthy of a closer look.

In our book Parenting Culture Studies, we draw on the work of a range of social scientists who have noted that something fairly fundamental has shifted in the last half-century in the way we raise our children, particularly in the US and the UK, but also beyond.

Researchers in the field have described this as a trend towards “intensive” or “paranoid” parenting, describing the ever-greater lengths to which parents are going to assure their children’s health and happiness, often tying themselves in knots in the process.

The sociologist Sharon Hays, for example, said that while it’s clear that children need an extended period of physical care to make the transition from infancy to adulthood,

Modern American mothers do much more than simply feed, change and shelter the child until age six. It is that more with which I am concerned.

That “more” involves devoting large amounts of time, energy, and material resources to the child, in the form of the educational toys, extracurricular classes, specialised diets and any other activity now routine to contemporary middle-class parenting. These activities are all testament to a zealous cultural belief that a child’s needs must be put first, and that parenting should be child-centred.

Researchers working on parenting culture are exploring the causes of this shift, turning sociological, historical and anthropological lenses on contemporary parenting. A central theme in much of this research is redressing the concept of “parental determinism” – the idea that parents and their parenting are the main (or only) determinants of how children develop.

This fits into a wider conversation about risk consciousness and the demise of confidence about how to approach the future. Put simply, our paranoia about parenting is a symptom of a society that feels less and less certain about what matters in life, and why.

The “intensification” of parenting has had a massive impact on men and women’s identities as mothers and fathers, as well as on the relationships between parents themselves. As the “work” of parenting (emotional and physical) expands to engulf more and more of parents’ lives, clearly the time and energy available for everything else will be drained.

In my own research, I have looked in particular at how this “intensification” of parenting can have a detrimental effect on the couple’s relationship. My colleague Jennie Bristow, meanwhile, has looked at the question of adult solidarity in an intergenerational context; since parenting is now seen entirely as the responsibility of individual parents (rather than a social endeavour), the implications for the relationship between generations, not to mention between parents and non-parents, are hugely significant.

Meanwhile, many commentators, politicians and self-proclaimed experts have fuelled the ever-expanding obsession with parenting by making childrearing practices the central focus of wide areas of public policy – inequality, for example.

Going back to the New Yorker piece, it’s great to see signs of a reaction against the intensification of parenting. What we need to study now is not how people raise their children, but why our society is so obsessed with how parents feel about and behave towards their kids.

Charlotte Faircloth has received funding from The Economic and Social Research Council, The Foundation for the Sociology of Health and Illness and The Leverhulme Trust. 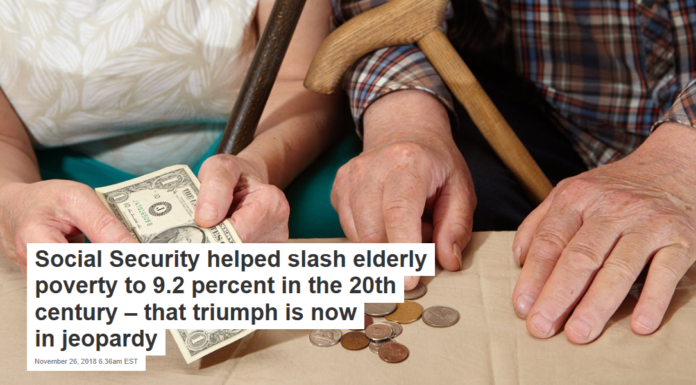 Social Security helped slash elderly poverty to 9.2 percent in the 20th century – that triumph is now in jeopardy

Greenpeace v Shell via Lego: the building blocks of a successful campaign