In the world of video games few companies have as long or vivid a history as Nintendo, which turns 125 years old this week.

Founded in 1889 as a producer of toys and playing-cards, the company is quite distinct from the typical perception of Japanese firms that have become global players, those that constitute large conglomerate firms with manager-CEOs and headquarters in Tokyo. Over 300 miles away from Tokyo, the company has a secretive and insular corporate culture at its headquarters in the ancient Japanese capital of Kyoto, retaining a unique status in the country’s business scene. The company was headed for more than 50 years by visionary owner-entrepreneur-CEO Hiroshi Yamauchi, who stepped down from the position in 2002 and died last year.

Nintendo’s first fully-fledged entry into the home video game market was the Famicom console (known in the west as the Nintendo Entertainment System or NES), released in Japan in 1983. More than 61m were sold over its lifetime, making it the best-seller of its time.

The company’s position was solidified with the GameBoy in 1989, the world’s first portable game console. The Gameboy was so popular that when a full colour version was released nine years later it was still a massive hit despite the extent to which technology had moved on. More than 118m units were sold worldwide.

The next-generation, 16-bit successor to the 8-bit NES was the Super Famicom (or SNES) in 1990, selling 49m units to outsell fierce competition from rivals Sony and Sega. By this time Nintendo was a household name in Japan, the US and Europe.

Nintendo’s dominance in the 1980s and early 1990s is in part due to its original and enormously successful hit games and franchises such as Donkey Kong (1981) and Super Mario Brothers (1985) and Zelda (1986) and Pokemon (1996). Unlike the otherwise troubled relationship between Japan’s computer hardware and software industry – where hardware companies neglected software innovation to such an extent that software was considered something of a “necessary evil” – Nintendo CEO Yamauchi was well aware of its importance, nurtured in-house talent, and was quoted saying that hardware was the necessary evil of the video game industry.

The outcome of the strategy was best represented by Shigeru Miyamoto, a Kyoto native, Nintendo’s chief game developer and the creator of Donkey Kong and Super Mario Brothers. With a keen interest in comics (manga), Miyamoto led a cartoonist club at high school and studied industrial design at Kanazawa College of Art before he joined Nintendo.

When he was assigned to develop an arcade game for the US market in 1980, he realised that the then wildly popular Space Invaders and Pac-Man arcade games had as aims simply to erase objects from the screen. This led Miyamoto to develop games with a greater depth of gameplay, creating the lead character of Donkey Kong (an everyman in overalls who would later become the world renowned Mario) in a cartoonish style and with a cartoonish storyline (saving damsel from giant rogue ape) to match. With Miyamoto’s efforts, Nintendo established the position of game designers in the industry specialised in developing complex characters and storylines, which had previously been an afterthought by programmers.

Competition intensified during the 1990s from competitors like Sega and Sony, and it was only with the Wii console in 2007 that Nintendo regained its inventive edge. With the poor performance of its predecessor GameCube console (2001) against Sony’s PlayStation 2 (2000) and Microsoft’s Xbox (2001), Nintendo had dropped to a distant third in the console market in the early 2000s. By then, owing to hardware advances including CD-ROMs and 3D graphics chips, console manufacturers ploughed a furrow of providing faster, more powerful systems to provide an ever more realistic visual experience.

Instead, with the Wii Nintendo left this path and focused on playability through a user-friendly interface. The wireless, motion-sensing controller was devised to direct action on the screen, and games were developed specifically to exploit the potential of this innovative controller. More intuitive to non-gamers, it could be used for example as a fishing rod for a fishing game, a tennis racket for a tennis game, or a variety of other ways. The Wii helped Nintendo to create games that appealed to women and the elderly – including sports, fitness, even yoga – ignoring typical games based around combat simulation and rejecting the conventional wisdom that video games are the domain of testosterone-driven hardcore (and inevitably male) gamers.

In a sense, with its emphasis on games playable by every member of the family, the company paved the way for their current popularity and reach of social games among casual players. Although the company has yet to make an entry into the market, its influence is felt in non-violent, cartoonish avatars and icons adopted by many social games.

Hiro Izushi does not work for, consult to, own shares in or receive funding from any company or organisation that would benefit from this article, and has no relevant affiliations. 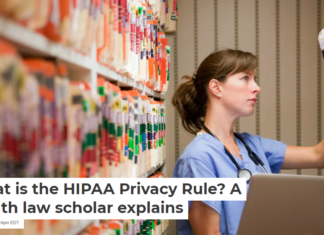 Women-dominated child and home care work is critical infrastructure that has...