By Jennifer Kent and Robyn Dowling

Owning a car can be a hassle, especially if you live somewhere where driving is an occasional, rather than daily, necessity. This might help to explain why car-sharing schemes are going from strength to strength in cities around the world.

Car-sharing has the potential to reduce private car use and ownership, and over the past two decades has been adopted by more than a million users worldwide. Car-sharing schemes now operate in some 1,100 cities in 26 countries.

In Sydney, one in ten households is predicted to be a member of a car-sharing organisation by 2016.

In Australia, car-sharing is most frequently a for-profit service that provides members with access to a fleet of vehicles, typically on an hourly basis. Services like Go Get in Sydney and Flexicar in Melbourne allow members to book online or by smartphone app. They then unlock their reserved car using an electronic keycard, jump in, and drive off.

Members are billed at the end of the month for time and/or kilometres travelled. Cars are located in central business areas, neighbourhoods and major employment centres, as well as at public transport stations.

This “quick lease” model is the most common, allowing users to do some bulky shopping, run errands requiring a short trip, or go for an out-of-town daytrip, without needing to own their own car. Car-sharing can also be “peer-to-peer”, where an individual car owner makes their car available for others to rent for a short period of time, or one-way, where cars can be picked up and dropped off at different locations, freeing the user from the return journey.

What makes it work?

While we know that more and more people are getting into car-sharing, we don’t know a lot about its ascendance to popularity. To shed some light on its success, we have been investigating the factors that make it work – and we have found three broad reasons:

Car-sharing could never overturn the dominance of private cars without the help of technology. Streamlined booking systems, accurate billing, good car security, reliable location mapping: all are crucial to car-sharing’s rise as a viable business model.

Automation also makes car-sharing easy, flexible and reliable, and makes it feel more like driving a private vehicle and less like a car rental.

Car-sharing taps into the powerful system that already supports private car use, such as roads, petrol stations, and parking lots. Once you’re behind the wheel, a share-scheme car feels basically the same as driving a private one.

Yet car-sharing also allows users to rely on other transport options, such as public transport, walking or cycling, for their day-to-day mobility. Shared cars then “fill the gaps” left by fixed routes and timetables, and provide extra load-carrying capacity when needed.

Of course, this only makes sense in places where living without a car is a viable option. As a result, car-sharing is overwhelmingly concentrated in inner cities with high density and good networks for public and active transport.

Ironically enough, car-sharing’s success may come down to the humble parking space. The same inner-urban places where car sharing has flourished are also characterised by parking congestion. On-street parking in these places is at a premium, mainly because of high density but also because road space is more likely to be reserved for bus and bike lanes.

Essentially, car-sharing is successful because it uses new technologies to tap into and tweak existing transport systems, both private and public. It conveniently borrows roads, petrol stations and parking spaces from private cars, yet at the same time relies on an alternative transport network that is robust enough to support a life lived without a private car.

Thriving despite a lack of support

Car-sharing is thriving in Australia even in the relative absence of support from transport policy. Car-share schemes don’t feature in New South Wales’ Long Term Transport Masterplan, nor in Victoria’s Plan Melbourne strategy.

Our review of car-sharing policy revealed that the area where it most regularly comes into contact with transport planning is the mundane arena of parking regulations. Local councils typically set aside a certain number of on-street spaces for shared cars. It is also increasingly popular for the design controls for new apartments to mandate provisions for car-sharing parking spaces.

It might seem odd that the success of car-sharing rests not on the cars themselves, but on where they can park. Yet parking space is already a source of tension for motorists, and this tension could be raised still further by this highly visible newcomer. It is not the only space where shared and private cars compete, yet for the private car driver on the hunt for a park, it is difficult to ignore the shared car sitting in its guaranteed, VIP parking spot.

Local government parking policies therefore provide a valuable source of support for the nascent car-sharing industry. It is inspiring that a local council will bravely defend the shared car’s right to space in the heated arena that is car parking, and in doing so make a more sustainable mode of transport possible.

Private car use will be challenged not through mass uptake of public transport or cycling, but rather through the subtle orchestration of less problematic alternatives. Car-sharing is such an alternative.

While it has quietly emerged to challenge the private car, its ongoing rise will need continuing support from local governments.

Jennifer Kent does not work for, consult to, own shares in or receive funding from any company or organisation that would benefit from this article, and has no relevant affiliations. 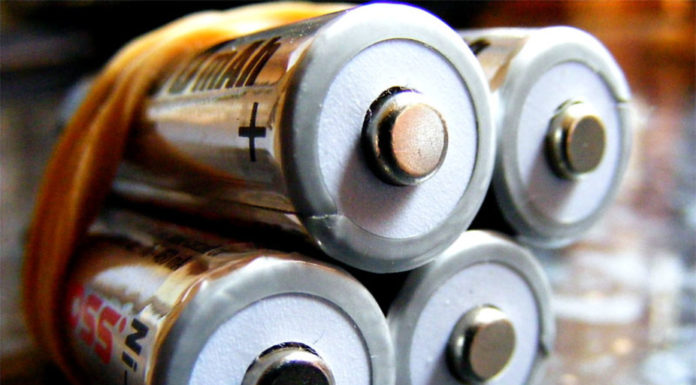 Tesla batteries: just the beginning of how technology will transform the electric grid

More migrants are dying along the US-Mexico border, but it’s hard to say how big the problem actually is

Who’s listening? The ethical and legal issues of developing a health app

Lips are the most exposed erogenous zone, which makes kissing feel very good