The boom in natural gas supplies brought about by techniques like fracking will not automatically deliver the anticipated cuts to greenhouse emissions, a new analysis has warned.

Burning natural gas produces roughly half the greenhouse emissions of coal, raising hopes that emissions from power stations could be significantly reduced with the help of sources such as shale gas and coal seam gas.

But the new study, published in Nature, predicts that without new policies to regulate emissions, the so-called “abundant gas” revolution could end up drawing investment away from renewable and nuclear energy sources, as well as from coal.

Researchers led by Haewon McJeon of the Pacific Northwest National Laboratory used five economic models to predict the impact of the advent of abundant gas, compared with a continued reliance purely on conventional gas sources.

Natural gas consumption could increase by up to 170% by 2050 with the help of unconventional gas sources, the study showed. But the overall impact on emissions would be marginal at best: global emissions would fall by no more than 2%, and some models predicted they would actually rise.

This is because abundant gas would compete with all energy sources, not just high-emitting coal. Meanwhile, plentiful cheap gas would increase energy use, and therefore greenhouse emissions, across the world.

Unconventional gas has been credited with helping to cut the United States’ emissions between 2007 and 2012. But Dr McJeon and his colleagues said the unconventional gas boom will do little to slow climate change in the longer term, and is no substitute for effective, targeted policies to reduce greenhouse emissions.

Dennis Cooke, who studies unconventional resources at the University of Adelaide’s Australian School of Petroleum, said there is a tendency to assume that natural gas will replace coal rather than other energy sources.

“There is a trend in North American now where coal-fired electricity plants are being replaced by natural gas plants, but I don’t see this happening soon in China, or India, or Australia,” he said.

“Abundant natural gas alone (from unconventional reservoirs) will not curtail climate change. What is needed – and modelled by the authors – is lower levels of fugitive methane emissions plus “coal substitution only”. This paper’s models with those assumptions show CO2 levels dropping by 2050.”

“Regulators and gas producers in North America are starting to tackle the fugitive emissions issue. Supposedly, fugitive emissions are easy to spot with infrared cameras and inexpensive to repair, with higher-quality valves and pipe connections.

Tony Wood, energy program director at the Grattan Institute, said cheap, plentiful gas could end up replacing renewables rather than coal if there are no other factors besides raw cost.

“This just highlights the whole issue of robust climate change policy,” he said. “If you have, as we do in Australia, a renewable energy target, then depending on the level of the target, gas will not replace renewables as they are separately forced into the market.”

“This is probably not the lowest-cost way to reduce emissions, and of course, I think this is the primary objective.”

He said a market mechanism such as an emissions trading scheme could help to ensure that emissions reductions come via the lowest-cost options.

“That may include gas up to a point, but it certainly means that emissions won’t be increased beyond the cap in the emissions trading scheme. Good climate change policy will prevent the bad outcome and deliver the best one.” 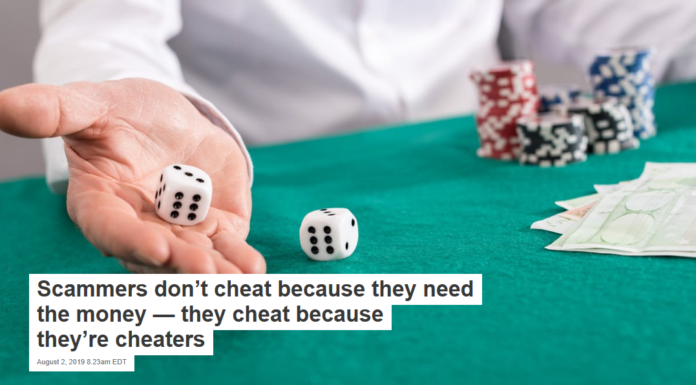 Why poverty is not a personal choice, but a reflection of society

Why social media apps should be in your disaster kit