By Laura Swift, The Open University

A bizarre one-off exhibition in Moscow was recently announced to celebrate Vladimir Putin’s birthday. An anonymous group of artists contributed paintings depicting the president as the Greek hero Heracles (or Hercules, to give his name the Roman form).

In Greek mythology, Heracles had to undertake 12 labours to serve king Eurystheus – and Putin is shown completing 12 labours of his own, most of which are based on the ancient ones. Many of the paintings are also designed to imitate ancient Greek art, with orange figures outlined against a black background, like the red-figure vases of the classical period. Putin’s labours are explicitly political and send a clear message: he is shown preventing Western intervention in Syria, fighting sanctions and shouldering the burden of peace in Ukraine.

It seems likely that Heracles was chosen because of his reputation as an alpha male, which makes him a suitable model for a president who famously strips his shirt off and likes to be photographed doing outdoor activities. Heracles might seem to be a perfect choice to flatter Putin: he was the strongest and toughest of Greek heroes and most of his labours involve physical prowess. Heracles is the hero who can wrestle lions into submission and drag the hell-hound Cerberus out of the underworld. His first act as an infant was to strangle two snakes that crept into his cradle. Heracles also achieves most of his great deeds on his own, making him a good choice for a leader who wants to stress his centrality to events.

But the choice of Heracles is more interesting than at first meets the eye. A more sinister subtext to making Heracles an analogue for Putin is expansionism, a theme made topical by events in Crimea and Ukraine. The labours of Heracles move from a local to a global scale and become increasingly ambitious. The first six labours are based around the Peloponnese. Heracles starts out by solving regional problems, killing troublesome monsters (such as a lion whose skin was impervious to weapons or man-eating birds), or simply dealing with local issues such as the smelly stables of king Augeus. From there he begins to branch out across the Greek world, and his next two labours are based in Crete and Thrace, at the southern and northern edges of Greek culture.

After these, Heracles’ adventures lead him to magical and dimly-known lands at the ends of the world, where his remit is to obtain valuable resources and bring them back to Greece: the girdle of the Amazon queen, the cattle of the giant Geryon, and the golden apples of the Hesperides. Heracles’ final achievement is to bridge the gap between living and dead, by going down to the underworld and capturing Cerberus, the guard-dog to the doors of Hades.

So Heracles is a figure who imposes Greek ideals and interests across the world and who is prepared to be ruthless in doing so, using violence against those who get in his way. Whether or not this had occurred to the artists who designed the exhibition, it makes the comparison to Putin more disturbing and adds an extra layer to the politics of the paintings.

But there are other aspects to the Heracles myth that Putin might be less pleased about. To the Greeks, Heracles represented the best and worst aspects of hyper-masculinity. Along with his strength and courage went less desirable attributes such as uncontrollable appetites (for food, alcohol and sex) and a tendency towards violence. Among Heracles’ more troubling deeds were the murder of his friend Iphitus, and his attempt to steal the god Apollo’s sacred tripod from the oracle at Delphi, for which he was punished by having to be enslaved to a foreign queen for three years. He also murdered his first wife and children in a fit of madness, a story which brings out how superhuman strength can be a dangerous thing.

It was Heracles’ disastrous private life, and in particular his inability to control his lust, that led ultimately to his destruction. After his second marriage, he fell in love with a young princess, Iole, and when her father refused to give her to him, he sacked their city, enslaved the girl, and brought her back to his home as a concubine. This behaviour so distressed Heracles’ wife, Deianeira, that she gave Heracles a poisoned cloak that set him on fire. Putin, who is famously secretive about his private life and clamps down on any gossip, might not appreciate being compared to the most famous Lothario of Greek mythology.

Finally, Putin might be particularly vexed to know that Heracles’ love affairs were conducted with men as well as women. Here too he lacked self-restraint: the Greek writer Plutarch says that the number of Heracles’ male lovers was so great that it would be an impossible task to list all of them.

But Plutarch does single out one particular love affair, with a man called Iolaus. He records the tradition that male lovers made vows of fidelity at Iolaus’ tomb, because of the affection between the couple. Given Putin’s homophobic laws, and in particular the ban on “gay propaganda”, there’s a pleasing irony in seeing Heracles’ relationship with Iolaus as a kind of prototype for gay marriage. Now that’s an image in the Russian exhibition that I would have loved to see.

Laura Swift does not work for, consult to, own shares in or receive funding from any company or organisation that would benefit from this article, and has no relevant affiliations. 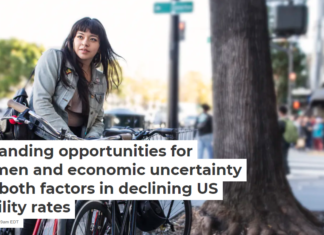