By Rebecca Arnold, The Courtauld Institute of Art

As I look out of the window of my office at Somerset House, I can see the Fashion Week tent dominating the courtyard. This temporary structure combines fashion’s ephemeral nature with a steely efficiency and organisation. Seeming chaos gradually coalesces into a structure that will sit within the 18th century courtyard for the duration of the shows.

It is apt that this historic venue is the setting for the media circus and streetstyle free-for-all that has developed around international fashion weeks. Somerset House has, with its own varied use, incorporated art, commerce, bureaucracy and, since the Courtauld arrived there in the late 1980s, the oldest History of Dress course in the country. So how do these elements intertwine? And what does history tell us about the way the fashion industry has evolved?

It is hard to speak in terms of a single industry, since fashion spans everything from mass-produced fast fashion and atelier-based couture, to conglomerate-owned luxury brands and designer-makers working from home.

It has historically walked a path between art, craft and industry, a strange, often strained combination that is seen as professional yet creative, skilled yet amateur. Models perhaps sum up these tensions best – they are professional women, the most successful earning huge sums, who need to understand how to present clothes, embody an ideal, perform a dream. But this is a heavy burden, and since their bodies are their currency, they are also reviled and berated as beautiful fools.

Many of the problems with fashion are problems with capitalism itself, from poor treatment of the labour force to unsustainable business practices. Others are specific to the nature of fashion, which is concerned with bodies, how they are shaped and how they are set off by clothing. Other industries are just as problematic in terms of sustainability and morality – we need look no further than banking in terms of the latter – but they don’t touch everyone in such a direct way. They don’t express attitudes to body, gender and sexuality so visibly.

Fashion is predicated on the relationship between fabric and body. So close to the skin, it is perhaps inevitable that it should prove so contentious.

Corsetry created the desired silhouettes for women from the 16th century onwards, with readymade versions becoming available in the 19th century. As designers grew in confidence in the early 20th century, they began to create clothes that expressed women’s equally enhanced status.

Women were negotiating public space – whether to shop, work, or simply to see and be seen – and the modern woman needed to be able to move. The rise in sport and exercise, the cult of the athletic body and increased interest in diet plans all contributed to the modernist, streamlined ideal.

The corset became internalised, and models, another late 19th century invention, were ever more machine-like and standardised. The size zero model is the apex of this decades-long worship of slimness and youth. This trend was not only influenced by internal fashion pressures for extremes, but also by wider cultural fears and desires that related to ageing populations, growing obesity and disease.

If the toned, classical body represented an idealised, impenetrable figure to signify strength, then the size zero model embodies cultural and social desires, but also fears. The “ideal” is now so thin that she’s tipped over the line from being fashionably athletic and healthy (the 1930s ideal) to an amalgam of anxieties about illness and death.

Photography can exaggerate these bodily ideals. This is certainly not something new; Cecil Beaton, for example, heavily retouched his work in the 1930s, but digital manipulation has become pervasive. The fact that it is young women whose bodies are being judged and scrutinised doesn’t stop media outrage from focusing on them, rather than the wider cultural problems of which the trend is symptomatic.

And this focus has radically increased in the past 20 years. Although fashion’s association with the famous has a long history – 18th century fashion magazines lovingly detail society beauties’ latest outfits – the rise of celebrity culture and social media means the fashion industry has never been more visible or pervasive.

So what has hampered progress towards a more ethical approach is complicated. A capitalist rush for the cheapest, quickest production methods, the shortest path from design to store, irrespective of human or environmental cost, is key here. As is the related and growing need to catch the attention of the flickering eyes of the consumer.

But there are other reasons: the educational changes that have pushed dressmaking off the curriculum, and therefore reduced understanding of how to mend clothes or adapt fashions to your own body, for example. Allied to the decline in local dressmakers, this means we feel the need to fit our bodies to clothes, rather than fit our clothes to our bodies.

If we want to stop thinness being the sole marker of desirability and success, further change has to occur within the fashion industry, but crucially also in wider culture. Fashion is the most obvious starting point, but we need to come to terms with long held and difficult attitudes to food, diet, exercise and health and the ways these connect to status and value more broadly than just on the fashion pages.

And this is before we even begin to tackle issues concerning diversity in terms of age, gender, sexuality and ethnicity. Since fashion is representative of wider cultural attitudes, it is an important way for us to learn how to view bodies and identities.

Once again, fashion’s inherently contradictory nature becomes apparent. On the one hand it has long been a tool in which to form alternative identities, and yet it can be the worst example of uniformity and restrictive ideas of acceptability. All too often, white, middle class notions of beauty still dominate.

But what of the future? Fashion continually balances between past and present – and perhaps this is the key. Will 3D printers develop to allow people to print their our clothes, in an updated version of dressmaking? Sizing is already being made more specific. Levi’s, for example, are using body scanners to fit jeans exactly.

While online shopping has grown, the feel of the magazine page and the touch of the fabric still retain their allure, and this combination of appeal to the touch, as well as the eye is central to fashion. Recycling and craftsmanship will remain central, with label like Maison Martin Margiela’s Artisanal Couture line suggesting a means to rework existing clothes into unique pieces, which embrace difference rather than standardisation.

Perhaps then, emerging technologies, combined with these kind of couture-level initiatives will help to change the way we relate to our clothes, and in turn, our bodies. Fashion designers and retailers that respond to the need for adaptation and recognise the realities of women’s bodies – whether by using a wider range of sizes of catwalk models or in-store mannequins – may just turn the tide towards more realistic body images.

This is a foundation essay for The Conversation’s new UK Arts + Culture section. 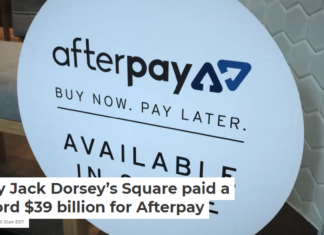