The brewing industries in many countries are undergoing dramatic changes, with increasing numbers of craft breweries challenging the traditional volume-based business model of major corporations.

In the US for example, more than 400 breweries opened in 2012, an increase of 17% from the year before. Craft beer continues to grow even when beer consumption overall is declining in many markets around the world. This certainly seems to be the trend in countries like the US, Canada, New Zealand and indeed Australia.

In 1990, the centralisation of the Australian beer industry seemed complete; three companies controlled the market and the whole country had just 11 breweries. Yet this seems to have been the turning point rather than the end state: 20 years later the craft beer sector had well and truly made its entrance so that by 2013, Australia’s beer industry consists of over 130 breweries.

The trend suggests craft breweries have found a niche market where the large breweries find it hard to compete. Craft beer is often differentiated by taste, as a food companion and by the raw material used to produce it. Enthusiasts sometimes refer to the common beers in derogatory terms as “fizzy yellow lagers”. Some may reject mainstream beer products based on a perceived lack of flavour; others reject it based on ownership of the label.

Some pub mangers around Melbourne refuse to serve beers that are not produced by small independent companies due to negative attitudes towards large multinational businesses, and a belief that craft beer can only be produced by small and independent businesses. Independent craft breweries have been able to make something positive out of their small size by framing themselves as unique and it is resonating with drinkers and pub owners alike.

Yet it is this very high centralisation of the industry, where the large players can be regarded as “generalists”, that provides the opening for small players to enter the market as “specialists”. For craft breweries, such concentration of power in the industry is actually good news because these breweries serve a different market.

The specialists are often focused on selling more than just beer. They are selling an experience, quite often centred on educating consumers about beer styles and how to match it with food. As such, the craft beer industry is tapping into the monopoly of the wine industry as being the natural beverage to accompany a meal.

Beer appreciation, tasting and food matching is growing in popularity in Australia; it is also becoming an important part of tourist activities. For example, the festival Good Beer Week ran in Melbourne in May for the third year with rapidly growing popularity. The festival attracts beer tourists to Melbourne from around the country and overseas.

Large corporations are not ignoring craft beer, even if they generally serve a different segment of the market. The industry recognise that Australians are drinking different beer for different occasions, and craft breweries are leading the way by developing more styles and products to cater for this growing trend. In response, the large breweries are launching their own “craft” labels and buying out existing craft breweries.

Meanwhile, Australia’s leading retailers, Woolworths and Coles, have launched their own craft-looking beer ranges, Gage Roads Brewing Company and Steamrail Brewing Company. Time will tell whether these large companies can obtain a specialist position through telling genuine stories consumers will buy into. And yes, when it comes to beer, stories are important.

For specialist craft breweries, one of the assets of “smallness” is that they can afford to be more personal and local in how they brand their products. This personal and local touch adds a new dimension to conventional brand building theory in forming relationships with consumers.

For example, Bridge Road Brewers in Beechworth, Victoria, use local bushranger Ned Kelly as an integrate part of their brand and local storytelling. The attractiveness of mythology and the stories connected to place are also part of the romance that is the craft beer story. As such, an important brand element for craft beer is related to a sense of place.

Understanding craft beer branding does help to explain the attractiveness of a craft beer you have seen, but not yet tasted. Unless offered a taste by the bar staff, we have to buy a beer before we actually taste it. As such, we often buy the story before we buy the beer. A connection to a particular place helps humanising the brand and brings it closer to us.

To create closeness with consumers around local products through local history, heroes, stories and folklore enrich the ‘invisible landscape’: that perception of place and connection inside our mind what we envision when we think about a particular place, sparked by a particular brand. For example, the Trappist breweries in Belgium tell the story of beer produced in old monasteries by the trappist monks for hundreds of years.

A mystical “sense of place” blended with culture, tradition, religion and beer fills our minds. A sense of place brings to life emotions of identity, attachment and even dependence on place, and focuses on people’s own experiences and how they feel about it. Craft beer marketers, I would argue, are experts in emotive storytelling.

Another example of folklore comes from the regional brewery Holgate Brewhouse in Woodend, Victoria. The brewery is named after the owners, Paul and Natasha Holgate. Paul Holgate’s parents migrated to Australia from England in 1965, and the Holgate Brewery has created its sense of place and humanised the brand using the Holgate’s family folklore. Taken from the family coat of arms, a bull’s head and horns form part of the Holgate Brewhouse logo and label design.

Folklore suggests that a bull’s head on a coat of arms represents bravery, valour and generosity, while its horns represent strength and fortitude. These attributes personify the brand through the connection with the brewer. At the same time, however, the bull resonates with the farming area surrounding the brewery, thus communicating the story about the physical place where the brewery is located, as well as the owner’s family traditions.

The brand relies on the historical folktale about the Holgate family and a real place, both of which humanise the brand. Some consumers may connect with the story around the brewer’s British background and the many British style ales he brews, others simply to the brewery location. Either way, it allows the consumers to ‘pick and choose’ the elements that have a meaning for them, hence allowing co-creation – or buy in ­– of the brand narrative.

Why we drink the beer we drink is a fascinating question and one that may have several answers. But one thing that is clear from the way craft breweries market their beer is that it’s not only about taste: we are also buying the story before we actually consume the products, consciously or subconsciously. 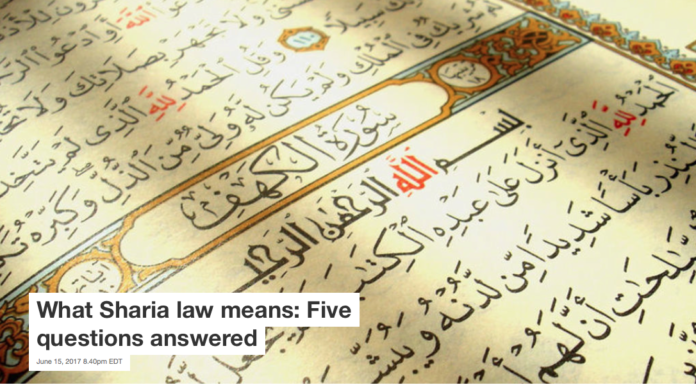 Don’t hate your gut: It may help you lose weight, fight depression and lower...