So is he everything the Republicans hoped for when they decided to ignore the nomination of Merrick Garland, and hold out for a Republican nominee?

It would seem so.

Gorsuch is in many ways a classic conservative choice. A recent academic study of the judicial ideologies of potential nominees puts him to the right of everyone on the court except for Justice Clarence Thomas. His name was proposed to the Trump campaign by the Federalist Society, an influential conservative legal organization.

The Federalist Society has long supported the appointment of “originalist” judges, who aim to interpret the words of the Constitution in light of how they were originally understood.

Proponents of originalism claim that by focusing on the Constitution’s text and original meaning, the court can transcend politics and rule solely on the law. They contrast this to the position of liberal judges, like Justice Stephen Breyer, who believe in a “living Constitution” that evolves over time. But arguably no justice is fully capable of divorcing her personal values from her legal rulings, regardless of the school of thought she champions.

Gorsuch also has shared history with Justice Anthony Kennedy. He clerked for him and then-Justice Byron White. Kennedy and Gorsuch reportedly like and respect each other.

Conservatives hope to get a twofer by having someone on the court who might persuade Kennedy to more reliably wield his swing vote to support the conservative side, and to reassure him that it would be safe to retire during Trump’s presidency. This way, the thinking goes, Trump could appoint a second conservative justice to replace Justice Kennedy and therefore set the ideological path of the court for a generation or more.

Judge Gorsuch has not been supportive of social change coming from the courts.

“American liberals have become addicted to the courtroom,” he wrote in the National Review, “relying on judges and lawyers rather than elected leaders and the ballot box, as the primary means of effecting their social agenda.” This could bode ill for a range of social issues from gay marriage to abortion.

While Gorsuch has never ruled in an abortion case, he has written a serious and well-received book arguing against the legalization of assisted suicide and euthanasia on the moral basis that “all human beings are intrinsically valuable and the intentional taking of human life by private persons is always wrong.”

In a case challenging the Affordable Care Act’s requirement that employers pay for health plans that provide contraception, he joined the court in favor of Hobby Lobby, a company owned by devout Christians who argued that the ACA forced them to violate their faith. “All of us face the problem of complicity,” he wrote. “All of us must answer for ourselves whether and to what degree we are willing to be involved in the wrongdoing of others.” Because the owners of Hobby Lobby sincerely believed that life begins at conception, reasoned Gorsuch, forcing them to pay for contraception could infringe their religious liberty.

This could indicate that he will follow in the footsteps of Justice Scalia in seeing Roe v. Wade as not only legally but also morally wrong.

Judge Gorsuch will be the first Episcopalian on the Supreme Court in years, since the current justices are all either Catholic or Jewish. His faith, which he mentioned in his acceptance speech, seems important to him and he honors it in others. As SCOTUSblog puts it, Gorsuch “has shown himself to be an ardent defender of religious liberties and pluralistic accommodations for religious adherents.”

He is best known for his opinions on the Religious Freedom Restoration Act (known as RFRA), which typically has been used to defend the rights of those who don’t want to bake cakes for gay couples or provide contraception to employees. But those opinions do betray some compassion for the disadvantaged. RFRA doesn’t just protect the religious beliefs of the majority, he wrote. Instead, the law “does perhaps its most important work in protecting unpopular religious beliefs, vindicating this nation’s long-held aspiration to serve as a refuge of religious tolerance.”

This could mean trouble for the administration should they attempt to enact an immigration ban explicitly targeted at Muslims.

Indeed, in Gutierrez-Brizuela v. Lynch, Gorsuch ruled against a Board of Immigration Appeals’ decision to retroactively impose a 10-year waiting period on people who had lawfully applied to have their immigration status changed. This not only denied the applicants “fair notice of the law,” he wrote, but “if the agency were free to change the law retroactively based on shifting political winds, it could use that power to punish politically disfavored groups.”

On Wednesday, a draft executive order titled “Respect Religious Freedom” leaked to the press. The order would allow religious organizations to defy a long list of anti-discrimination legislation. According to the left-leaning magazine The Nation, the order could allow discrimination by “people and organizations who claim religious or moral objections to same-sex marriage, premarital sex, abortion, and trans identity.”

What would a Justice Gorsuch make of such an order? Which group would he consider to be “politically disfavored” in such a scenario – the evangelical clerks forced to process federal benefits applications for gay couples or the gay couples themselves?

Can the judicial branch escape politics?

Judicial nominations are always advertised as being somehow above politics, with the nominees promising to apply the law neutrally. But a quick look at recent headlines makes clear that they are in fact hotly contested political struggles. As one of my colleagues observed, the nomination of a new Supreme Court justice is not about choosing “a judge bound in any real sense by the law but an important political official who happens to sit in a courtroom.”

In an article he wrote in 2005, Gorsuch lamented the loss of the judiciary’s claim to neutrality and independence. “Judges come to be seen as politicians and their confirmations become just another avenue of political warfare,” he wrote. He made clear his distaste for using judicial appointments as a political football even before then, deploring how Merrick Garland – the judge whose nomination he has supplanted – had been “grossly mistreated” when his nomination to the U.S. Court of Appeals was delayed for 18 months.

There is no doubting the sincerity of Judge Gorsuch’s wish that the Supreme Court could remain above politics. It is ironic that Gorsuch himself has become the object of just such a political battle.

It’s a bad idea for journalists to censor Trump – instead, they can help the public identify what’s true or false 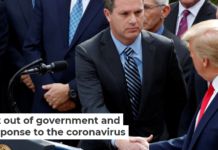 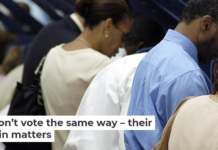 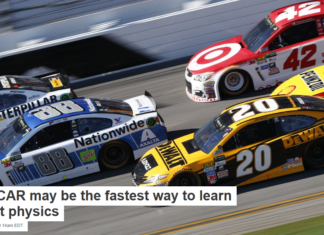 Staff Writer - August 8, 2019
Christine Helms, University of Richmond There’s just something thrilling about traveling at high speeds. Throughout history people have always pushed themselves to go faster, whether...

Is a healthy environment a human right? Testing the idea in...

Is college worth it? Is this even the right question?