Last month, the respected Brazilian Supreme Court Justice Teori Zavascki died in a plane crash. He was overseeing the largest corruption investigation in the country’s history.

Even if his recently selected successor, Edson Fachin, rises to the occasion, Zavascki’s death remains a tragic loss and a blow to Brazil’s fight against corruption. Especially since it comes on the heels of lawmakers torpedoing in late 2016 a widely popular effort to make it easier for prosecutors and judges to clean up government.

While these events make it easy to despair, the reality reveals much more reason for hope. In our 2015 book “Greed, Corruption and the Modern State,” we argue that societies must push back against the influence of powerful economic actors in order to safeguard the public interest. The network of Brazilians exposing, prosecuting and sentencing the corrupt politicians swimming in this mar de lama, or sea of mud, embodies that ideal. However, their effort would benefit from legal reforms that make it easier to fight corruption.

From scandal to scandal

Brazilians have long had to accept corruption scandals as a chronic part of their government. Graft was present under military rule, despite what those hoping for the return of authoritarianism seem to believe. But corruption scandals have also plagued every presidential administration since civil order was reestablished in 1985.

Even the administration of the popular Luiz Inácio “Lula” da Silva, who governed Brazil during a period of rising prosperity from 2003 to 2010, coincided with several corruption scandals. They include Caixa Dois, Bingos and, most memorably, Mensalão, a scheme in which coalition parties accepted more than US$40 million in clandestine payments to support Lula’s Workers Party (also known as the PT).

Yet even as the Supreme Court investigated the Mensalão case, the PT still won two presidential elections – one that reelected Lula and another won by Dilma Rousseff in 2010.

Rousseff’s administration began on a hopeful note for those battling corruption. She fired five ministers linked to bribery, kickbacks and influence peddling and helped enact a major government transparency law.

But within a few years, the tide – and public support – turned against her as Brazil’s economic outlook worsened and crowds protested continuing corruption and the billions that were spent on new stadiums for the 2014 World Cup.

As a result, the country soured on her at the same time that Brazil’s largest corruption scandal, known as Lava Jato, began to unfold. That scheme involved construction companies colluding with employees of the state-owned oil company Petrobas to win inflated contracts. Petrobras employees took bribes, while politicians got kickbacks as personal gifts or campaign donations.

Meanwhile, Rousseff was accused of spending public funds without congressional authorization and was impeached in August, shortly after the 2016 Olympics. Although Rousseff herself was not accused of corruption, some argue that she was essentially used as a scapegoat.

But none of the bribes and kickbacks would be known today if the federal prosecutors had not doggedly investigated the Petrobras scheme allowing the judicial branch to take on the elite.

Brazilians themselves and an emboldened media also deserve credit for the gradual end of impunity. In the past three years, the public took to the streets on multiple occasions to protest waste and corruption. Local media coverage of the scandals was “scathing and unrelenting.”

Authorities have made nearly 200 arrests, and the lower courts have convicted over 80 people, including the ex-CEO of Odebrecht, Latin America’s largest construction group, which is also on the hook for at least $3.5 billion in fines for bribing government officials. The Supreme Court, which is responsible for trying politicians, is processing over 100 additional cases.

Despite their successes, Brazil’s prosecutors and judges operate in a challenging legal and institutional environment that makes it difficult to achieve decisive results.

To remedy these problems, prosecutors have crafted the reform statute known as 10 Measures against Corruption, presented to Congress last year as a public initiative endorsed by over two million Brazilians.

The bill’s threat to vested interests provoked powerful opposition in the legislature, and lawmakers quietly weakened it by adding an amendment to undermine the effectiveness of prosecutors and judges. An effort by the president of the Senate, Renan Calheiros, to rush the weakened bill through failed. And the Supreme Court seemingly fired back by forcing Calheiros to relinquish the presidency while he faces corruption charges of his own.

The failure to pass a strong reform bill, coming on top of the massive bribery and bid-rigging revealed by the Petrobras scandal, has shaken the country’s political system. The dramatic cases against officials and private parties have also meant the public believes that corruption is getting worse.

Paradoxically, however, the flood of recent cases indicate to us that conditions are improving. They show that elements of the country’s system of accountability are working.

But to consolidate these past gains, important reforms are necessary.

The 10 Measures against Corruption ought to be a starting point for more fundamental reforms. This bill aims to eliminate some of the practices at the heart of the Petrobras scandal, such as illegal campaign contributions to politicians who, if elected, are expected to reciprocate by awarding government contracts. The bill also seeks to speed up criminal proceedings, ensure the confidentiality of whistleblowers, extend the statute of limitations and enhance asset confiscation capabilities.

However, prosecutorial zeal has also led to controversial tactics that have raised concerns about due process. We, for example, question the use of pretrial detention absent clear evidence of flight risk. Others question the high proportion of cases targeting the PT and other left-leaning political parties. While these concerns need to be addressed, we believe prosecutors and judges are proceeding as best as they can under challenging conditions.

The next, more difficult step should be structural reform of the political system. Brazil has over two dozen parties that produce a chaotic legislature in which lawmakers compete for payoffs in return for votes. As evidenced by Mensalão, presidents have used questionable tactics in order to sustain governing coalitions. Political corruption might seem the inevitable result of Brazil’s constitutional structure.

Shifting to a parliamentary system, with a prime minister from the winning coalition, would solve some problems, but seems presently unrealistic. Alternately, requiring a higher proportion of the popular vote before a party can participate in the legislature would be a less draconian reform.

Controlling corruption in Brazil is possible, but the system requires new rules to make politicians more accountable in the country and to reduce the incentives for corrupt payoffs. Reformers can help by leveraging the political crisis generated by the Petrobras scandal.

For the sake of their country, and to honor Zavascki’s memory, the Congress should embrace this critical moment in history and enact legislation that may finally break with the cycle of corruption for the good of Brazilian democracy. 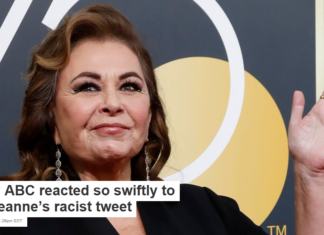 Staff Writer - May 30, 2018
Anjana Susarla, Michigan State University ABC Entertainment, which produced the revamped version of “Roseanne,” is the latest company to learn the challenge of doing business...

Why Joe Biden was denied communion at a church

Rise in globalism doesn’t mean the end for nationalists