As with most tragic events today, Formula One driver Jules Bianchi’s recent crash in the Japanese Grand Prix has raised the usual frenzy of questions surrounding who is to blame when things go wrong and what can be done to prevent similar incidents occurring again. Bianchi remains in a “critical but stable condition” with severe head injuries.

The search for someone or something to blame is part of the human condition. Unfortunately, it does little to improve safety or our understanding of accidents. Accidents are a complex phenomenon; they are caused by multiple interacting factors (sometimes even normal, acceptable behaviours) that reside across the overall system of interest. There can be no one cause of accidents.

Not only is it morally and ethically wrong to allocate blame, it is useless moving forward. Worryingly, the message may not be getting through. The desire to blame still burns fiercely in most areas.

Bianchi’s crash provides a stark demonstration of the complexity of accidents. What is clear, however, is what it tells us should be questioned following such events, both in Formula One racing and other areas such as the workplace, on our roads, and in the air. We owe it to Bianchi to take notice and, once and for all, move away from this blame culture. But how can this be achieved?

Look at systems not individuals

Firstly, the event is unequivocal in demonstrating that there is a shared responsibility for adverse events. No one person, group, or thing can be held responsible.

Complex systems such as Formula One have many layers and comprise multiple people, groups, organisations and influences. Everybody in this system is making decisions and actions that ultimately shape how the race plays out.

Bianchi’s crash, therefore, was enabled by the decisions and actions of many. This includes drivers, marshals and stewards, but crucially others including racing team members and directors, designers, the FIA (Formula One’s governing body), commercial entities and other influences such as the weather. Some of the media reports hinting that Bianchi may not have slowed down enough are wide of the mark in this respect. It is almost immaterial.

Simply put, it is impossible to understand the event without looking at all of those operating within Formula One, at what decisions and actions they made, and how these interacted together to create the accident. The aim is not to blame any one of them – it is to find out what happened and why.

Accidents are not just about failures

The second and perhaps most important facet of the crash is the role that normal, acceptable behaviours played in the event.

Usually, there is a tendency to look for failures, to try to find where things went wrong, where people and technologies failed. Ultimately these instances are often red herrings – they are consequences rather than causes: accidents are caused by the very same behaviours that create safe performance. Decisions and actions that seem normal and acceptable to those making them interact in a way that enables adverse events to happen.

In the Bianchi case, removing Adrian Sutil’s damaged vehicle from the track run-off area via tractor was perfectly normal behaviour – something that had been done for many years, albeit with several close calls before. It wasn’t a failure; in fact, had they removed Sutil’s vehicle it would have been seen as a successful intervention that kept the race running safely.

Searching for failures increases the likelihood that the other contributory factors will be overlooked. We need to understand everything that went on and how combinations of behaviours combined to create the accident.

Fix the system not parts of it

The third and final point addresses how those involved respond. There is often a strong desire to fix the one thing that is seen as the major cause.

Bianchi’s crash has prompted discussions around various countermeasures, including banning tractors, increasing head protection through driver cockpits, and introducing new speed-control systems in the event of a crash. It is dangerous, however, to think that there is one silver bullet that will prevent future incidents.

Modifying driver cockpits alone, for example, might prevent a few serious head injuries. The problem is that all of the other things within the system that conspired to enable Bianchi’s crash in the first place have been ignored. These will combine to create another form of accident that head protection may not be able to cope with, such as a driver trapped in a burning car following a similar crash. The system will eventually return to an unsafe state.

The right approach is fundamental change rather than component fixes. There needs to be a system of countermeasures that deals with contributory factors across the entire Formula One system.

Like most safety-critical systems, there is no doubt that Formula One has made significant improvements in safety over the last few decades. However, Bianchi’s crash provides a stark reminder that systems are in a constant state of flux, forever shifting between safe and unsafe. To manage this, it is critical that the right lessons are identified and learned from when disaster strikes. 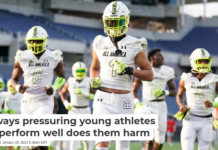 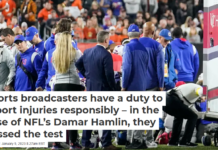 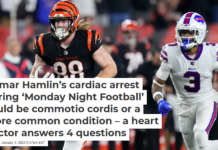 Serena Williams forced sports journalists to get out of the ‘toy...