By Dennis Hayes, University of Derby

Teachers’ professional development is “fragmented, occasional and insufficiently informed by research”. These were the conclusions of a recent British Educational Research Association (BERA) and Royal Society of Arts inquiry into the issue in the UK. It also found that the most effective teachers were those who used research in their teaching.

It will come as no surprise then that this report is likely to be ignored, like much of the research available to teachers. As a member of the reference group to the inquiry, I tried to explain the reason for the limited take-up of even the best educational research, and drew on an argument put forward by American historian Christopher Lasch:

What democracy requires is vigorous public debate, not information. Of course, it needs information too, but the kind of information it needs can be generated only by debate … When we get into arguments that focus and fully engage our attention, we become avid seekers of relevant information. Otherwise we take in information passively – if we take it in at all.

We can replace “information” with “research” here and argue that educational researchers put the cart before the horse. Get into debate and relevant research will follow and be taken up. I was told that the BERA research would be a cataylst for debates among educators and politicians. Time will tell whether this is right, but in the period since the report came out there has been little debate.

Here are two examples of good educational research that is ignored and why. The first is the 2004 Coffield Report into learning styles. Frank Coffield at the Insitute of Education and colleagues examined the research into the 13 most popular learning styles, including for post-16 learning. They showed the idea of learning styles to be conceptually confused; not one of the models they reviewed passed all of the “good test” criteria of reliability and validity. They also had no effect on teaching.

All pretty damning and you would have thought that, on the basis of this research, the idea of children and young people having identifiable “learning styles” would have passed into the dustbin of intellectual history. But since Coffield’s report came out, “learning styles” have gone from strength to strength. Schools happily label their pupils as “concrete” or “kinaesthetic learners”. As early as a year after the report they were held to be the cornerstone of good teaching and were widely used by schools inspectorate Ofsted to the annoyance of those who knew of their weaknesses. Many students even come to university seemingly stuck with the idea that they can only learn in one way.

Behind this lies an idea that comes from the wider political world: that ordinary people are limited in many ways. The educational version of this is that children and young people have restricted potential so need to be taught via a particular “learning style”. In reality, students can adapt to a many “learning styles” depending on what subject they are studying, and one of the many things Coffield criticised was the abstraction of “learning styles” from subjects.

How not to create critical thinkers

The second example comes from a rigorous 2011 study by American sociologists Richard Arum and Josipa Roksa on the ways college students learn. They found that at least 45% of the students they surveyed did not demonstrate any significant improvement in their ability to think critically during their first two years of college. Although these students went on to graduate, they failed to develop the critical thinking and complex reasoning expected from being at university. This does not mean, however, that students need courses in “critical thinking.”

Arum and Roksa identified the reason: the students did less academic work. They also engaged in a lot of social activities, including studying with their peers, something that the findings show had either “no consequences or negative consequences for learning”. Undertaking “projects” and entertaining “active learning” techniques had no impact on learning.

These results challenge the current direction of university education with its focus on varied forms of learning and development of the student experience. The message from their research was that if we want students to do well they must have a more academically demanding curriculum. Arum and Roksa even quantify what this means: students must read more than 40 pages a week and write more than 20 pages a semester.

Demands to be non-demanding

This doesn’t sound too demanding to me. But there was no widespread discussion of this aspect of their findings. Instead, universities in the US and UK have taken up the notion of the “student experience”, something criticised in Arum and Roksa’s new book. Since the book was published even more varied forms of group, blog-based and online learning have been introduced globally, the most hyped of which are Massive Open Online Courses.

The reason is the dominance of anti-intellectual culture in wider society. The education version of this is all sorts of therapeutic activities at university from counselling and stress-busting sessions to courses such as the one at the London School of Economics about “Overcoming Perfectionism”.

This dominance also exists in the daily interactions between students and staff which are too nice and intellectually non-threatening. All of this creates students who don’t expect demanding work that might upset their beliefs, ideas and assumptions and staff who are so “student-centered” they would never think of setting it.

Some research getting through

While much good research is being ignored, some challenging theoretical work is receiving attention in some quarters. An example is a book by the Institute of Education’s Michael Young, Bringing Knowledge Back In. He makes the case for “powerful knowledge” in the curriculum and the need to teach all children, particularly working class and disadvantaged children, a subject-based curriculum. He continues to debate and discuss his ideas outside of the narrow sociological world.

Young regularly addresses trade unionists, think tanks and groups of teachers to present his ideas and arguments. His work is having real impact on educational thought because of this. In some schools, such as Pimlico Academy in London, he is helping to bring knowledge back in through participating in debates and staff development.

The message to academics and researchers is a simple one – they have to get out more and engage in public debate and discussion if they really want to find out what needs to be researched and thought about. If they do this, education research will contribute not only to education but to democracy.

Dennis Hayes does not work for, consult to, own shares in or receive funding from any company or organisation that would benefit from this article, and has no relevant affiliations. 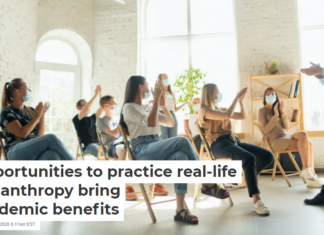