By Andrew Wilkins, University of Roehampton

As the investigations continue into what happened at the schools implicated in the Trojan Horse extremism affair in Birmingham, the issue of who controls a school’s governing board has received unprecedented attention.

Yet my new study into the way decisions are taken by school boards has suggested that it’s quite easy for a small number of governors – mainly those already occupying professional roles inside and outside the school – to exercise disproportionate control over key decision-making. This can leave some governors, in particular parents and lay members, with responsibility but little power.

The issue goes to the heart of whether or not school governors are “professionals”. In July 2012, the then secretary of state for education, Michael Gove, reportedly lambasted volunteers “who see being a governor as a badge of status not a job of work” and “who ramble on about peripheral issues, influenced by fads and anecdote, not facts and analysis”. The central message here is that governors are required to relate to themselves and others as if they are professionals.

In a far less vitriolic tone but one which echoed Gove’s message, the parliamentary under-secretary of state for schools,Lord Nash, addressed the 2013 Independent Academies Association National Conference to say that when it comes to school governing boards:

people should be appointed on a clear prospectus and because of their skills and expertise as governors; not simply because they represent particular interest group… Running a school is in many ways like running a business, so we need more business people coming forward to become governors.

The business of school governance is principally about enhancing accountability to the funders – the Department for Education – and to the schools inspectorate, Ofsted.

With 4,246 academies already open and 209 in progress, there is a strong expectation today that governors and the boards of trustees in the case of academy sponsors, will fulfil many of the backdoor functions previously performed by local authorities. These include setting staff pay and conditions, sourcing suppliers and advisers, tracking performance through data analysis and self-evaluation, overseeing the management of school premises and settling other human resources issues.

School bureaucracy has been decentralised. So who exercises a controlling influence over decision-making in school board meetings?

In a recent study of school governance I interviewed 102 school managers, school founders, school governors, senior leaders and parents across nine state-funded primary and secondary schools as well as observing 42 full governing body and committee meetings. The results suggest that a small number of governors often have a considerable amount of control.

These governors go by many descriptors including the “Big Four”, “senior clique” or “core of governors”. They are considered the “mainstay of the governing body”. In some cases it is the school’s senior leadership team rather than the governors themselves who maintain overall control. In practice this means that a large number of key decisions – whether they concern resource allocation, risk management, succession planning, performance evaluation, budget control or target setting – are shaped by the few over the many.

These governors are typically the chair of governors and vice chair, the headteacher and those who chair committees, especially the finance and standards committees, considered by some governors to be the most important committees.

Of course, it is essential for all governors to be consulted on decisions made by committee members. School governance is about achieving consensus. Agenda items or policy points informed by the decisions of committee members are typically presented to all governors as part of a consultation (at the full governing body meeting for example) where decisions are challenged or approved and voted on.

But to exercise a controlling influence over decisions, governors are usually encouraged to attend committee meetings, to the extent that full governing body meetings are considered too unwieldy and impractical. There are simply too many people, too many voices and not enough time to deliberate. Hence a lot of decisions are sewn up in advance of full governing meetings. If you don’t possess the confidence or skills to participate in such committees, then you are less likely to influence the big decisions.

We need to ensure that both professional and lay governors have an impact on school governance. This is no easy task. The rise of academies and free schools together with the demand for skilled governors means a greater emphasis on the role of professionals on the board.

Only recently, Lord Nash wrote an open letter to all chairs of governors outlining his expectations that a “culture of self-review” and “professional ethos” be maintained.

One of the biggest tasks we face today in school governance is fulfilling the vision of David Cameron’s “Big Society” to redistribute power from Whitehall to local communities – sometimes called double devolution. But for this to be realised, civic empowerment and participation must be at the heart of school governance. To do this we need to think carefully about how parents and the wider community can continue to impact on school governance. 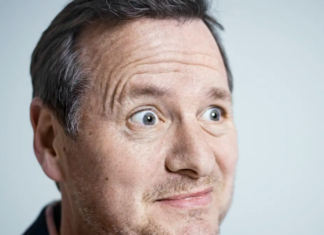 What we can learn from closure of charter school that DeVos...

At these colleges, students begin serious research their first year