Plans to remove controls on the number of students in England from autumn 2015 could see more universities turning to recruit students from the European Union, according to a new think-tank report.

Nick Hillman, who was special advisor to the former universities minister David Willetts and is now director of the Higher Education Policy Institute, said the decision to abolish the cap on undergraduate student numbers – announced by George Osborne in December 2013 – was rushed through and the detail of the policy remains “fuzzy”.

Hillman said the removal of the cap on student number controls could incentivise universities to recruit more students from the EU, who had previously fallen within the cap.

But this could prove a difficult sell. There was a 24.6% drop in EU-domiciled university entrants at English universities between 2010-11 and 2012-13, the year the new £9,000-year student fee regime was introduced.

Yet a recent report by membership body Universities UK said a number of vice-chancellors were looking to the EU as a potential growth opportunity. There was a 12% rise in the number of applicants from the EU placed at the most selective institutions in 2014-15, according to university admissions body UCAS.

EU students studying in England are eligible for student loans. But they have £690m of outstanding debts with the Student Loan Company, which Hillman says “have proved notoriously difficult to collect”.

He also identified a disconnect between the opening up of student number controls and the government’s policy on including students in the net migration target, which has been widely criticised by the higher education sector.

“If official policy is to encourage EU students to come and study in the UK, it is yet another argument against the inclusion of students in any future migration targets,” said Hillman.

Not all looking to increase

Yet Julius Weinberg, vice-chancellor of Kingston University, said that some universities may not want to expand their overall student numbers, even with the cap removed.

“Some [universities] may think that over-expansion will lead to diminishing quality,” he said. “At Kingston, we’re deliberately not expanding, and if anything we’ve actually shrunk over the last year or two as a deliberate policy to try and ensure that we only admit students who will benefit.

“We had some areas of the university with quite high attrition rates. I want to concentrate on making sure that those students that we admit, we can ensure their success and that they exit the university into good jobs.” Weinberg added that: “It is of no benefit to students to admit them to university if they’re inadequately prepared, so that they drop out and go back to their communities and say that university is not for us.”

From 2012-13, higher education providers were permitted to admit as many students with A Level grades of ABB or above, with each university then allocated a number of students they could admit with lower grades. They were fined if they admitted significantly more or less than their allocation. In 2013-14, there were 242,859 places spread out between England’s higher education and further education colleges.

This would change under the removal of the cap in autumn 2015. The new policy could see up to 60,000 places available every year at English universities – which spread over three years would mean an extra 180,000 students, says Hillman.

In preparation for the change, there was provision for an extra 30,000 extra places for 2014-15. At the Universities UK conference on September 9 the new universities minister, Greg Clarke, said that 15,000 new students had been recruited for 2014-15, which he said was “bang in line with expectation”.

But Hillman said the funding for the new policy had not been properly finalised, particularly as one of the original revenue streams set aside to fund the policy – the sale of the student loan book – was ruled out by business secretary Vince Cable in July.

“While the Coalition has said the extra places will be fully funded, precedent suggests future politicians may not regard this as a binding commitment,“ he said. “It currently seems unlikely that the higher education budget will enjoy the same level of protection awarded to some other areas of public spending.”

Steven Jones, senior lecturer at the Manchester Institute of Education at the University of Manchester, said that although the benefits of having a better educated population are well documented: “the higher education sectors don’t play by normal market rules and the risk is that further liberalisation will hinder more than it helps.”

“Removing number controls forces individual universities to compete even harder against one another for students. But quantity and quality don’t always go hand in hand, and an increasing concern is that alternative degree providers are putting the sector’s hard won international reputation at risk,” Jones said.

Next read: Why we must challenge notion that there are too many students 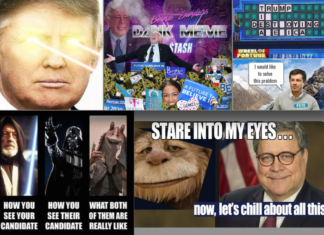 Staff Writer - May 18, 2019
Jennifer Grygiel, Syracuse University The New York Times came under fire after a political cartoon appeared in print on April 25, 2019. In it, a...

How Obamacare changed the love lives of young adults

Antibodies in the blood of COVID-19 survivors know how to beat...