Students should be given a lifetime loan allocation that they can use for different undergraduate and postgraduate courses, according to new proposals put forward by a group of universities.

The University Alliance, a group of 22 British higher education institutions, has added its voice to the debate on how to adjust the current student loan system, with a new report putting forward proposals for a new Higher Education Loan Programme – or HELP – aimed at extending student loans to postgraduate study and part-time undergraduate learners.

Despite a number of innovative pilots, there is currently no government-backed loan for postgraduate study. New figures from the Higher Education Funding Agency show that in 2012-13 there was a 1% drop in the number of students graduating from a full-time first degree course choosing to do further study.

The report has put no definite figure on the size of a possible lifetime loan. But the idea is modelled on the system in Australia, where students can borrow just under A$100,000 (around £55,000).

The main thrust of the proposal is around postgraduate loans – called PG-HELP. But the report also suggests extending loans to to undergraduates falling outside the publicly supported system (on part-time courses, and in for-profit private institutions). It also questions whether a similar system could be brought in for all undergraduate taught loans too and how this would work.

The major difference between a HELP loan and the current system of student loans is in the details of when and how much is repaid. Under the current system, when graduates earn more than £21,000, they start to pay their loan back at a rate of 9% on any earning over that threshold, with a real interest rate of 3%.

Under the HELP system, the £21,000 threshold remains the same; but once a graduate starts earning over that amount, they will pay back between 4-8% of their total earnings, with an interest rate of up to 4%.

Results of an Ipsos MORI poll commissioned by University Alliance as part of the research, showed that 47% of students would prefer to make higher repayments on their loans over a shorter time, rather than dragging it out. Their parents also thought this was preferable, with 40% in favour of a shorter timeframe.

At the heart of the new proposals is an effort to try to reduce the Resource Accounting and Budgeting (RAB) charge – the amount government subsidises the student loan – to zero. Under recent government estimates, the current £9,000 annual fee system has resulted in estimates that around 45% of the value of student loans will not be repaid with the 30 year timeframe.

University Alliance chief executive Libby Hackett explained that reducing the public subsidy of loans to zero was important to the new model because the proposals extend loans into a part of the higher education sector that doesn’t currently have public subsidy.

University Alliance worked with a group of academics on detailed the economic modelling for the proposals, and the impact on cost of living for graduates, and argues is more progressive than the current system.

Wenchao Jin, research economist at the Institute of Fiscal Studies, who has researched whether the current student loan system is progressive, said that as most graduates would repay their HELP loans in full, “it’s worth considering progressivity of the system in terms of total repayment over their lifetime… rather than annual repayment”.

She noted that if the proposed HELP loans were introduced for undergraduates with no changes in the size of loans “a majority of graduates would repay more over their lifetime under the HELP system than the current one. That would mean a shift in the balance of contributions away from the government and onto private individuals.”

Janet Beer, vice chancellor of Oxford Brookes University, which is also a member of the University Alliance, said the new proposals may be quite a hard sell to the public, if students are seen to have a bigger burden over all. “They have to put first and foremost that this is done on the basis of research done with the students and their families, and that it is their clear preference that there should be a shorter repayment time, more realistically structured.”

Beer said anything like HELP which provided a “really progressive, accessible, clear solution” to the problem of how to provide options for postgraduate study for more home students, should be “top priority”. 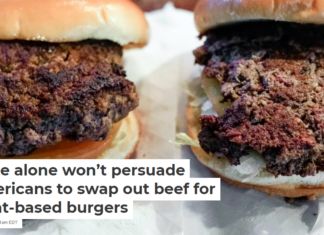 Staff Writer - May 5, 2021
Anna Mattila, Penn State The Research Brief is a short take about interesting academic work. The...