By Sadaf Rizvi, The Open University

The Trojan Horse extremism affair that hit a group of Birmingham schools this summer and the ongoing inquiries into it, have raised suspicions among Muslim parents, teachers, and pupils in the UK. News from schools inspectorate Ofsted that the action plans put in place at the five Birmingham schools deemed to be failing are still “not fit for purpose” could raise tensions further.

Peter Clarke, the former head of counter terrorism who was drafted in to investigate the allegations in Birmingham, concluded in his final report that several concerning practices were going on in certain schools, such as the harassment of teachers and bullying of headteachers to impose what is considered as Islamic extremism. He has recently spoken out to claim that what he found was “just the tip of the iceberg”.

I condemn these practices. Yet I have criticisms of Clarke’s report, stemming from my body of research on Muslim faith schools in the UK which focused on how these schools socialise Muslim pupils and, in doing so, how such schools “Islamicise” the British national curriculum.

Contrary to Clarke’s report – which helped spark the introduction of new rules on the teaching of British values – the Islamicised curriculum I observed in action is aimed at promoting an alignment between national education goals and Muslim belief.

My research has been primarily based on independent Muslim faith schools, which teach the national curriculum in addition to Islamic subjects, whereas the schools reported to be affected in the Trojan Horse affair were primarily state-funded and secular.

The school where I conducted my main ethnographic study – which is not named due to the ethical and confidential nature of my research and was not in Birmingham – used the national curriculum, and an Islamic and “Islamicised” curricula.

In this particular school, the national curriculum covered 80% of the school’s total teaching. The rest of the teaching was based on the Islamic curriculum and comprised the teaching of Arabic, tajweed (Qur’anic recitation and memorisation), Islamic studies and some Ibadah (worship) sessions. This comprised two and a half hours of teaching per day, accommodated by an extended school day.

An Islamicised curriculum was embedded in the overall teaching at the school. It was apparent in the ways in which teachers tried to blend Islamic education with some aspects of the national curriculum, and in the “Islamic ethos” of the school.

The teachers “Islamicised” lessons to bring in an Islamic interpretation of the topics taught in the national curriculum. For example, while teaching reproduction in a science lesson, one teacher discussed references to embryology in the Qur’an. She cited several verses from the Qur’an – surah 39, verse 6, surah 23 verse 13, 14 – that explained the process of development of an embryo.

I also came across cases where differences exist between Islamic and national curriculum perspectives, for example evolution and creationism. Teachers taught such topics by discussing the contrasting perspectives and expected students to reflect on both.

Prayers were compulsory. The school building was covered with Islamic displays and Muslim women did not shake hands with men. Talks in the assemblies strengthened messages of general Muslim brotherhood, in the context of extending support to those in war or crisis-stricken countries.

Of course, the above practices are not expected to take place to this level in non-faith schools and I condemn that they were imposed by force in some state schools which have a non-faith character in Birmingham.

The Islamicisation of the curriculum in any school is a complex phenomenon. I did not come across a single understanding of what “Islamising” or “Islamicising” a curriculum meant, with opinion varying across schools and even between parents, pupils and teachers within the same schools.

Unfortunately, in his report Clarke considers many aspects of this Islamicisation as stemming from one “hardline strand of Sunni Islam”. His inquiry lacked some basic understanding of Islam and could have benefitted from including a representative with more knowledge of the faith. Many of the practices that he regards as conservative strands of Sunni Islam are widely accepted and practiced in most Islamic schools of thought – Sunni or non-Sunni – and are seen as necessary to maintain the Islamic values of tolerance and respect.

Muslim women are not expected to shake hands with men in Shia strands either. The segregation of boys and girls in swimming lessons is not only a preference of Sunnis but is actually a provision in most (non-Muslim) faith schools and many secular schools as well. Sex and relationship education has been an issue for most, if not all Muslim parents, both conservative and non-conservative.

My research has shown that the emergence of Muslim faith schools is a result of dissatisfaction among Muslim parents. They felt local schools would not meet their children’s educational needs or provide structures and facilities to enable them to meet their religious obligations.

Much research has found that Muslim children consistently underachieved in state schools, face racism, and encounter difficulties in meeting their religious obligations.

This concern has been reflected when Muslims in cities with a high population concentration (including Birmingham), have requested that secular state schools where Muslim children are in a majority be converted into state-funded Muslim faith schools.

The other route has been to set up independent Muslim schools and apply for state-funding. So far only 11 Muslim faith schools have been able to secure state-funding. The school where I conducted my main research applied for state funding but the request was turned down. In addition, in 2013 it was revealed that only one in five applications to set up Muslim free schools had been approved.

In my view, if parents want their children to be state-educated but attend a faith school, more should be given that choice. The curriculum that I observed in a Muslim faith school does not seem to conflict with the norms of mainstream education. Instead, it presents an example of how coherence and alignment can be achieved between key national priorities in education and the identity and beliefs of Muslim groups. It clearly presents an example of an educational practice that can be used to build the values of tolerance and respect – which are very much at the centre of Sunni Islam. 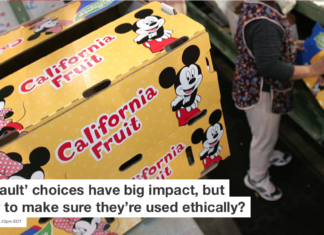