It may sound overly simple, but just five processes can define us as animals: eating, metabolism, reproduction, dispersal and death.

They might not seem like much, but, thanks to a mathematical model from scientists at Microsoft Research, we know that these five processes are the key to all ecosystems.

It’s called the Madingley Model, and is the first time scientists have simulated ecosystems across the globe using a single set of biological rules.

The first iteration of the Madingley Model was made available this year, and it works basically like this:

Based on the five key processes of life, these virtual organisms will interact, feed, move and die, and gradually create stable networks of organisms; everywhere from the desert to the rainforest to the ocean. It is a beautiful thing – and according to the authors, this version of the Madingley Model recreates the big picture of life rather well.

Sounds good, but why bother?

The Madingley Model can tell us how much life lives where, how stable it is and what might happen to it due to impacts such as climate change, habitat loss and human harvest.

It could identify the effect of a shrinking biodiversity on ecosystem services, show us what Earth would look like without humans, or even simulate what would happen if we brought back the dinosaurs (apart from all the running).

Its most impressive feature may be the model itself. Creating a single model for all organisms reveals which biological processes are most important for sustaining life. The model can identify ecosystem traits (such as the ratio of herbivores to plant material) that should be monitored as indicators of ecosystem health.

GEMs can also reveal things we’re missing. The first version of the Madingley Model predicted that there should be more fish in the sea than we currently know about. Lo and behold, a study this year found that we may have been underestimating fish biomass all along.

The rules that drive this model are so universal that there is very little distinguishing different organisms. What makes a human different to, say, an octopus? As far as the Madingley Model goes, not much.

The model needs to know that you live on land, the octopus in the ocean; and that you’re endothermic (warm-blooded), the octopus ectothermic (cold-blooded). But that’s about it (who knew you were so octopus-like?).

This really does highlight that all life is driven by the same needs and processes. While this has been clear for a long time, expressing it mathematically is a great achievement.

The Madingley Model may eventually tell us how much of life is predictable.

At the moment, life is only predictable at coarse spatial, temporal and biological resolutions. At the planetary scale, for example, you can predict with great accuracy where life exists (wait for it … it’s Earth).

But as the scale shrinks, things get less accurate. Our most complicated models of the ocean can’t tell you when a wave will smack you in the face, but they can tell you how cold the water will be.

Complexity from a general view

This issue of scale is one of the major criticisms of GEMs; that is, they tend to oversimplify the patterns. But the authors of the Madingley Model believe much can still be learnt from such a general model, and I agree – it is often when we strive to explain complex ideas simply that we learn the most about them.

Could the Madingley Model be made more realistic? Absolutely, and there is a wish list of things to add to the model to make it so (such as including freshwater environments).

But there are limits to this realism, at least for the moment. The Madingley Model cannot include every organism on planet Earth (even if we ignore the microbes, which most people do).

You’ll even find life on a grain of sand.
Anthony D’Onofrio/Flickr, CC BY

It would take billions of years to run a GEM that tracked every organism on the planet. And even if we could run it, there would probably be so many divergent paths, so many outcomes, that the fine-scale results would be meaningless.

More than any other models, GEMs are also limited by our understanding of the environment. Just as climate models need equations for how heat is transferred between sea and sky, GEMs need equations for how energy is transferred between organisms. This means evaluating and condensing hundreds of years of ecological research, and needs the skill to see the gaps in our knowledge of environments.

There is yet another limit to model complexity – our ability to extract answers from models. Complex models can be so great at spewing out data and uncertainty that it’s difficult to make decisions based on their results.

There are signs that we are already reaching “peak model”, and have to reduce their complexity to better communicate and apply their findings. This has led to the term “models of intermediate complexity” as a focus when using ecosystem models for decision making.

Despite the issues applying to complex models, they continue to get bigger. The global circulation models used to predict our warming climate are continuously advancing, and there is a push for “big data” network models incorporating just about everything, from traffic congestion and tweets to forest cover and stock prices.

Moving any of these models forward requires not only great empirical science, but also the infrastructure for collecting and storing environmental data, such as NASA’s planetary skin.

There may be a time when global circulation models are linked with the biota of models such as the Madingley Model to create truly a “model of everything”. We don’t have the computer power or the knowledge to create such a model yet, but it’s only a matter of time.

Until then, enjoy the fact that, no matter how complicated your life feels, you’re really just looking for the same things an octopus is. 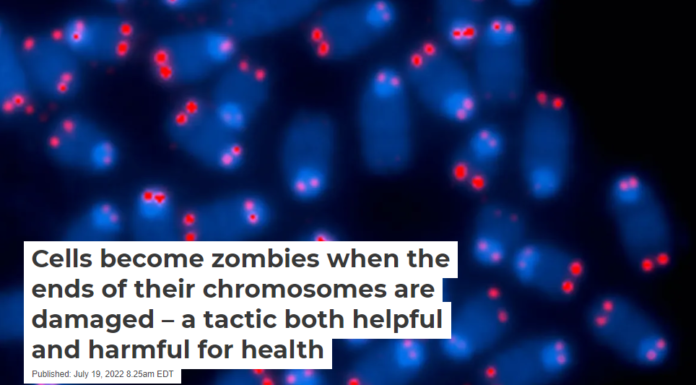 Flashbulb memories – why do we remember learning about dramatic events so vividly?