When a hurricane is coming in off the Atlantic, about to make landfall, you’re bound to hear talk of what category the storm is. Watch out, it’s a Category 1, or batten down the hatches, it’s a Category 5.

These numbers are taken from the Saffir-Simpson hurricane wind scale (SS), which depends only on maximum sustained surface wind speed, as measured 10 meters above the ground at one point inside the tropical cyclone. Category 5 is the strongest storm, with winds over 157 mph. The Saffir-Simpson measure of intensity is highly local in time and space because it focuses on a speed sustained for a minute at one single location. But this scale has the advantage of a simple 1-5 range, and it’s popular with the media and the public.

The desire to distill hurricanes down to a single number or index is strong – but the task is quite challenging. Some indices aim to boil each June through November season’s total hurricane activity – including quantity, intensities and lifespans – down to one number; that can be useful for climate scientists interested in long-term tracking. Other indices apply to a hurricane at any time during the storm’s life cycle, and are useful for communicating destructive potential. The Saffir-Simpson scale is one of these; but unfortunately, in its case, the single number is inadequate, particularly since evacuation decisions usually need to take into account the potential threats from wave and storm surge inundation – which it doesn’t consider.

We’ve worked on a new way to project a hurricane’s strength that takes into account the size of the tropical cyclone. Our method is better because it considers the distribution of the surface wind speed around the center of the storm, unlike the traditional Saffir-Simpson scale that depends on a point measurement of the maximum wind speed. By measuring total energy, we can make a better prediction as to destructive potential than if we’re just looking at wind speed at a single point location.

What do you really want to know when a hurricane is headed your way? Probably how much damage you can expect to your area, whether from wind, waves or some combination.

This is why the Integrated Kinetic Energy (IKE) index is an improvement over the Saffir-Simpson scale most laypeople are used to. It goes beyond wind speed to take size into account. Reconnaissance aircraft flown routinely by the US Air Force and NOAA measure wind speeds for most tropical cyclones that are close to or bound for US shores. You can think of a hurricane as having concentric circles of various wind speeds. IKE is a way to sum up the square of the winds blowing around the center of the storm. We divide the storm into quadrants and square the strength of the winds in each until we reach the point toward the perimeter of the hurricane where they’re measuring 40 mph or less. That’s the cutoff for tropical storm force winds, and the National Hurricane Center stops measuring the radius of winds at that point.

For two comparable storms with similar intensity, the one with a larger span outward from the center of 40 mph winds and greater will have higher IKE. So IKE is a better representation of the overall destructive potential of a hurricane than just intensity. Moreover, IKE scales with the wind stress on the ocean surface, which is the primary reason for storm-generated surge and waves.

We’ve introduced Track Integrated Kinetic Energy (TIKE) as a way to sum up the Integrated Kinetic Energy over a storm’s lifespan. It includes the size of the wind field – basically the diameter of the hurricane – along with the intensity and lifespan of the storm. Because TIKE provides a single measure that combines these three factors for each storm, it allows us to track variability over the Atlantic hurricane season in a more complete manner.

Index numbers versus destruction on the ground

A historical comparison of high-impact events can help demonstrate why Hurricane Katrina – a Saffir-Simpson scale Category 3 storm at landfall in Mississippi – brought a storm surge that exceeded the previous benchmark for coastal Mississippi, set by SS Category 5 Hurricane Camille. Katrina’s wind field displayed IKE (120 Terrajoules) values twice as large as Camille (60 Terrajoules), despite having a lower intensity. Unfortunately many residents based their preparations on Camille’s historical high-water marks and paid the price, with a resident quoted in the Biloxi, Mississippi Sun Herald after the 2005 storm saying “Camille killed more people yesterday than it did in 1969.” Despite its lower intensity, Katrina’s winds covered a much larger area than Camille, allowing it to do more damage, mostly via widespread coastal flooding.

The advantages of IKE become even more apparent when we look at recent low-intensity, high-impact events. In 2012, Hurricane Sandy’s huge wind field generated IKE values over 300 TJ, good enough for a 5.8 reading (out of 6) on the Powell-Reinhold (PR) surge destructive potential scale which one of us originated, while the Saffir-Simpson scale reading was only a 1. And Sandy wasn’t an outlier. Hurricane Irene, which affected North Carolina and New England in 2011, reached just over 115 TJ with a 5.1 PR rating, and Hurricane Ike, which struck Texas in 2008, had a wind field that filled the Gulf of Mexico with IKE of 150 TJ and 5.2 on the PR scale. But Irene and Ike on the SS scale rated just 1 and 2, respectively.

As Ike approached Texas, Mississippi’s Sun Herald took the unprecedented step of issuing an editorial warning Texas residents to not be fooled by the low SS rating of Hurricane Ike, citing the “developing science of integrated kinetic energy.”

Currently we’re working on a hurricane wind analysis archive generated from a collection of wind data for a given storm from a variety of sources, including satellites, aircraft and radar. As this data set grows, it can help compute TIKE and assess its year-to-year variations. There are also new planned US satellite missions that will attempt to measure hurricane surface winds, which could provide robust global estimates of IKE as well.

There’s even a NASA instrument aboard the International Space Station called RapidScat that can sample a hurricane’s winds using the radar return from tiny “capillary waves” found atop wind waves in the ocean. Unfortunately, due to other demands for the precious space station real estate, RapidScat may only be available for a limited time.

Indexing tropical cyclone activity has been found valuable for communicating a complex phenomenon rapidly to the population in harm’s way. We are continuing to find ways to improve these indices to better represent the damage that some of these land-falling hurricanes cause, and IKE is one such attempt. With rapid coastal development around the world, the number of people and amount of property vulnerable to such extreme weather events is growing. Attempts to characterize these weather phenomena effectively are extremely important. 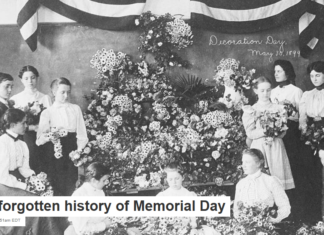