By Susanne Wiborg, Institute of Education, University of London

Sweden’s free school model is often rolled out as an example by both those for and against the idea of companies running schools. One of the first countries in the world to allow schools to be run for profit, now nearly a fifth of students go to friskola, or free schools. Yet 20 years after their introduction, there is little evidence to show that pupils are the ones gaining most from the reforms.

Free schools – called free because they are not government-run – were introduced in 1992 in Sweden as a part of a major restructuring of the education system. The country went from a highly centralised system in which municipalities and schools had very limited influence, to one of the most decentralised systems in Europe. Behind this major reform was a centre-right government, which for the first time in post-war Sweden mustered an effective attack on the Social Democrats and the colossal welfare state. Reformers argued that increased local control over decision-making would lead to more effective school economies, greater variation and choice.

The new government introduced school vouchers in 1992 that parents could use to send their children to either state-run schools (nine-year, all-through comprehensive schools) or newly established independent schools – the free schools. At the time, fewer than 1% of all school-age children were enrolled in independent schools, but in the years since then the private education sector, supported by public funding, has rapidly expanded.

The sector was not reined in by Sweden’s Social Democrats upon their return to government between 1994 and 2006. Instead, they endorsed and even strengthened it, raising state subsidies to free schools from 85% to 100%. They argued that the financial situation of parents should not determine their children’s educational opportunities.

This cross-party consensus was crucial for the private school sector to take off. Its growth was not driven by community groups seeking to set up new schools but rather by for-profit providers who were allowed into the “school market”.

Are the students doing better?

In other words, the advantage that children schooled in areas with free schools have by the age of 16 is not translated into greater achievements later in life. They score no better than children educated in government-run schools in final exams in upper secondary education at the age of 18 and 19. They are also no more likely to participate in higher education than those who were schooled in areas without free schools.

There is an ongoing debate in Sweden as to whether the slightly higher achievement at the earlier age may be attributed to grade inflation. Even if this is not the case, the short-term effect is still too small to yield any long-term positive effects for young people.

On the issue of educational inequality, national studies show that use of school choice has augmented social and ethnic segregation in Sweden, particularly in relation to schools in deprived areas.

The 2012 Programme for International Student Assessment (PISA) data from the Organisation for Economic Co-operation and Development put this issue into the limelight, when it showed that Sweden’s results in reading, maths and science had declined – in part as a result of increasing social inequality.

A more uneven distribution of children from social groups across schools leads to lower results, because children’s academic achievement depends largely on the characteristics of their peers.

Although there are not enough free schools to have had a strong impact on the 2012 PISA results, they are nevertheless a contributing factor. Albeit on a small scale, free schools have increased social segregation, even in the context of the relatively egalitarian education system.

The main beneficiaries of Sweden’s free schools seem to be the education businesses making profit, not children. Although a few businesses, such as JB Education have recently gone bankrupt, it is generally a thriving sector.

Government funding is attached to the number of pupils at a school, so free schools are incentivised to prioritise quantity over quality.

In order to cut salary costs – the most expensive item on the school budget – free schools employ a higher number of unqualified teacher assistants than in the state schools. Those who are qualified are generally younger and less experienced. The teachers in free schools are also responsible for a higher number of students than in the state sector.

Innovation appears to be primarily based on the extensive use of technology and individual learning skills, reducing face-to-face contact between teachers and students. In addition, unlike government schools, free schools are not required to have science labs, libraries and school nurses, all elements which help in reducing costs.

In turn, the focus on quantity over quality has resulted in increased government regulation of education. The main examples of this have been the re-centralisation of the national curriculum in 2011, which all schools in Sweden must abide by, alongside more regulation of teachers’ practices.

If the aim of education is to reconcile high achievement and social integration (Finland serving as an excellent example), it can be concluded that Sweden’s free schools have had the opposite effect.

Consumer surveys show, perhaps surprisingly, that Swedish parents are generally happy with the free schools. However, they are critical of taxpayers’ money going straight to the businesses. In that respect, the free schools have remained controversial since their birth.

The Swedish experience shows that allowing for-profit providers into the “school market” has not lead to increased standards and improved schools, but instead permitted another vested interest into education in pursuit of aims above those of childrens’ education, in this respect: profit.

This article is part of series on for-profit education. Read the other articles in the series here. 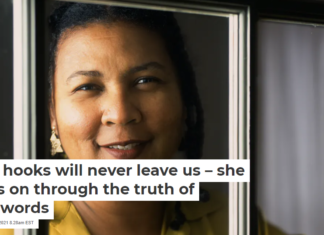 bell hooks will never leave us – she lives on through...

Staff Writer - December 23, 2021
Karsonya Wise Whitehead, Loyola University Maryland I was introduced to the work of bell hooks for the first time...

A Catholic theologian argues for a death row inmate’s right to...

Trees are dying of thirst in the Western drought – here’s...