American medical graduates enter hospital training with a debt of around US$160,000 if they attended a public medical school, or US$190,000 if they attended a private school. In the United Kingdom, fees will be around US$60,000-80,000 for a four or six-year degree. If, as is predicted following deregulation, Australian medical students graduate owing fees of AU$120,000, this may be a significant factor in their choice of subsequent training.

A recent report from the Medical Schools Outcomes Database project suggests that around 13% of graduating medical students in Australia are keen to pursue a career in General Practice. This is less than the number wishing to become surgeons and paediatricians, yet it is within the ranks of general practitioners that we may see significant shortages of doctors, according to data from Health Workforce Australia.

If graduates leave medical school with the purpose of recouping their debts, rather than hoping to make a difference in people’s lives and the health industry, the consequences for the state of public health could be dire: a shortage of general practitioners able and willing to work in public practice and bulk-bill the needy, and an over-supply of specialists in areas that aren’t necessarily required, but pay well. We probably have enough doctors into the future – they are just training in the wrong specialties!

Why we need more GPs

The Australian Institute of Health and Welfare released some disturbing datalast week which suggested that while supply of GPs has remained relatively stable over the past decade at 110 full-time equivalents for every 100,000 people, the supply of other specialists has increased by 18% from 110 to 130 full-timers per 100,000 people. Specialists in Australia are some of the best remunerated in the world and earn at a rate around 4.7 times that of the average wage earner.

GPs get paid a fifth as much as top specialists.
Shutterstock

This country has a great system where the GP acts as a filter between patients and specialists. In America patients go directly to specialists, with the ensuing risk of costly and harmful over-diagnosis and over-treatment.

Yet our current system of fee-for-service payment is skewed towards the specialist – particularly procedural specialists. Medicare continues to pay more to specialists for doing simple operations than to GPs for thinking hard about the whole person.

GPs are paid around one-fifth as much as some specialists. That seems unfair given GPs in Australia are trained to handle most health issues themselves, and only refer to specialists when the need arises. However, if a student is facing a student loan debt of A$100,000-$150,000, we can’t blame them for training as an ophthalmologist or dermatologist to repay that debt faster.

The real issue is the standing of general practice and primary care in the health system. It is perceived to be not as desirable to be a rural GP as it is to be a surgeon or a specialist gastroenterologist or ophthalmologist.

In this era of chronic disease when Australians over the age of 65 will have on average four chronic diseases each, it is the GP who should be given top billing in the health system. GPs are well trained to keep an overview of the complexity of an ageing Australian. They know the patient and their family and can coordinate care between a number of specialists.

An esteem lift would require a substantial redirection of funding from hospitals to home-based primary care, an increase in health literacy in the community, and a recognition that GPs have an equal place in the health hierarchy as valued, broadly skilled cognitive specialists who rely on their diagnostic and medical management skills rather than primarily performing procedures.

To prevent a crisis in the primary care workforce, medical schools have to increase training in primary care and encourage their students to look for the rewards in medicine outside of remuneration.

Long portrayed as the hapless foot soldiers at the front line of health care, it is time for GPs to take on leadership roles as the generals at the very centre of the health system. If we can do that, future generations of doctors will be inspired to see more to medicine than debts and pay cheques. They will be excited at the prospect of dedicating their lives to helping others – while earning a decent living.

Peter Brooks receives funding from NHMRC .He is Executive Director Research Northern Health and a Professorial Fellow in the Schools of Population and Global Health and Medicine at the University of Melbourne.

Steve Trumble is employed by the University of Melbourne and is a member of the Royal Australian College of General Practitioners. 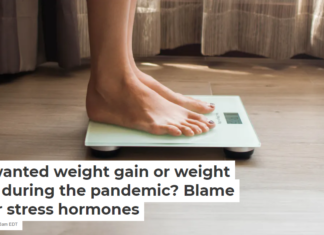