Our Guilty Pleasures series featured literature academics writing about their guilty summer reads. Claire McGowan rounds it off by dismissing the term entirely.

Between seeing author talks and comedy and plays at this year’s Edinburgh fringe, I had a conversation with someone about Cloud Atlas. Now, I’ve loved some of David Mitchell’s work, especially Ghostwritten, and The Thousand Autumns of Jacob de Zoet, and I’m really excited to read his latest, but I couldn’t get on with Cloud Atlas at all. I’m just not a fan of experimental form, in novels or anything else – it’s a matter of taste. I explained all this. “Oh,” said my conversation partner, condescendingly. “That means you couldn’t get through the first chapter.”

Aside from the fact that I don’t think Cloud Atlas actually has chapters, this made me smile. As someone who lectures in creative writing, has published three novels, and has an English degree from Oxford, I don’t often feel patronised when talking about books. These days, I know that I know my stuff, so I can shrug it off. But it made me realise just how much snobbery there is out there about literature.

I write crime fiction and for the past two years have been teaching the MA in Crime Writing at City University London. We set up this course, the first in the UK to focus on the genre, after seven years of running the successful literary novels pathway, and it’s been going very well. But I’m aware that though arguably more likely to get published, however talented the students I teach are, they will always get fewer reviews in the press than our literary colleagues. They’re less likely to be featured in book festivals, or win awards, just because they write something with a strong plot.

The Fifty Shades phenomenon was fascinating to me. When I said I was going to read it to see what the fuss was about, good friends said (jokingly … I think), “you’re dead to me” and “I’m going to unfollow you on Facebook until you’ve finished it”. I was just heartened that people were reading a book, talking about a book in the media, and even getting angry about a book. Given the anxiety about declining readerships, isn’t it time to celebrate the fact that people are reading books – any books – instead of watching Netflix or playing Candy Crush on their phones?

Research has shown that encouraging children to read a wide variety of genres, even comics and graphic novels, boosts literacy, as does letting them choose their own books. For adults, the Quick Reads scheme has produced short, accessible books by a variety of popular commercial authors in crime, women’s fiction, and other genres. The idea is to break down the notion that books are somehow for the elite, or that you have to be clever to read certain things – and also the idea that some books are more worthy than others.

I think the whole concept of “guilty pleasures” undermines this. As vices go, reading a book is unlikely to harm your health or damage the environment or upset your nearest and dearest. On the contrary, all reading is a boon. As a writer I want to be read and I’m happy if what I produce is considered popular, gripping, and entertaining. I often hear genre authors trying to cite their work as a commentary on social issues, or position it in the canon, and maybe this is true – but for me I write mostly to tell stories, and amuse people.

In my life I’ve read and enjoyed many classics. I’ve read Zola in the original French and loved it. I’ve studied Rabelais and Shakespeare and I wrote my dissertation on Henry Fielding. I’m obsessed with Sylvia Plath and keep a copy of Louis MacNiece’s Autumn Journal by my bed at all times.

But equally I’ve loved Jilly Cooper and Agatha Christie and Marian Keyes and consider Stephen King one of the finest writers of our times. This summer I read I Am Pilgrim, a stunning, sprawling thriller by screenwriter Terry Hayes, and can’t wait for The Secret Place by Irish writer Tana French. I’ve also been harrowed by A Girl is a Half-Formed Thing and loved Americanah. Books are books – let’s allow people to like what they like, and celebrate the fact that in an increasingly frenetic digital world anyone takes the time to pick up, or click into, a book, and lose themselves in the words. Whatever those words may be.

Claire McGowan does not work for, consult to, own shares in or receive funding from any company or organisation that would benefit from this article, and has no relevant affiliations. 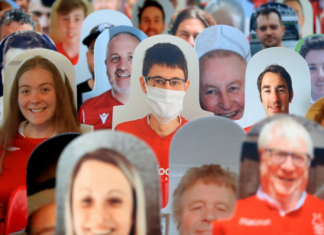 English football: why financial calamity facing clubs is even worse than...

Staff Writer - October 3, 2020
Robert Simmons, Lancaster University In the German Bundesliga, crowds have returned to stadiums for the 2020/21 football season. Maximum capacity is between 4,600 and 9,300...