By Paul Behrens, University of Edinburgh

When, in armed conflict, civilians are killed on a large scale, when schools are attacked and children are orphaned, charges of genocide are often not far behind. In discussions about Operation Protective Edge, the Israeli military attack on Gaza earlier this year, accusations of genocide have therefore played an important role.

Mahmoud Abbas, the Palestinian president, recently accused Israel of carrying out a “war of genocide”. The National Lawyers Guild of America raised the charge of genocide in a letter to the prosecutor of the International Criminal Court requesting that the matter be investigated. Genocide was also investigated in a special session of the Russell Tribunal on Palestine, which resulted, a few weeks ago, in one of the most detailed assessments of Operation Protective Edge to date. It is a crime for which the international authorities can impose a sentence of life imprisonment (as the International Criminal Tribunal for Rwanda did on several occasions following the 1994 atrocities in that country).

The Russell Tribunal was originally set up by Bertrand Russell in the 1960s to investigate allegations of US crimes in Vietnam. It is not a court of law, but its jury contains prominent legal minds (including Prof John Dugard, Prof Richard Falk and Michael Mansfield QC), as well as people who have made their mark in other fields of life (including the film director Ken Loach, the writer Paul Laverty and the author and activist Christiane Hessel).

I was invited to address the tribunal on the legal elements of genocide (but was not involved in the drafting of its findings). For some, it may have been a somewhat surprising presentation. Lawyers have traditionally given genocide a very restrictive interpretation – and a good part of my talk thus dealt with the reason why applying it to the situation in Gaza is not straightforward. To my mind, “genocide” is simply not the correct term for the Israeli offensive.

In common speech, genocide tends to describe atrocities which result in very large victim numbers. Yet that is not how the law has approached the concept. What matters to international courts is the mindset behind the action. In the words of Article II of the Genocide Convention, the perpetrator must have the “intent to destroy, in whole or in part, a national, ethnical, racial or religious group, as such”.

That causes difficulties from the outset. In Operation Protective Edge, a main target of the Israeli forces was Hamas – clearly a political group, and thus outside the protection of the convention. The Palestinians do qualify as an “ethnic” (perhaps even as a “national”) group. But proving that they had been targeted “as such” is a tall order.

Looking into the mind of a perpetrator is difficult, if not impossible. Take the attacks on civilians and civilian objects in Gaza. That they occurred is a matter of fact. But the motive is far from clear. Sometimes military considerations were invoked (Hamas had reportedly used residential areas and even hospitals as launch sites for rockets). Sometimes the attacks may have been accidents. Sometimes no clear explanation was provided. This makes it difficult to satisfy the requirement under international law that genocidal intent had been the “only reasonable explanation” for the perpetrators’ acts.

Not even the extent of the operation is helpful evidence. It is reported that more than 2,000 Palestinians lost their lives in the conflict – a horrific number for a conflict lasting 50 days. But victim numbers do not say much about the underlying intent. When the UN General Assembly in the 1990s asked the International Court of Justice to rule on the legality of nuclear weapons, several states claimed that the use of these arms indicated genocidal intent. The court did not agree: even in situations of this kind, intent had to be established on a case-by-case basis. The threshold for evidence for genocidal intent can be very high indeed.

An impartial tribunal also has to consider evidence which may negate genocidal intent. Where Operation Protective Edge is concerned, this includes the fact that the Israeli military at times issued warnings before attacks on civilians were launched. Even if the warnings may often have been ineffective, they may indicate that the perpetrators had motives other than the destruction of the Palestinians as a group.

The fact that Israeli extremists – including those who reportedly kidnapped and killed a Palestinian teenager – had to face trial in their own country, casts further doubt on the existence of genocidal intent within the Israeli leadership.

The concept of genocide which emerges from these considerations may appear very narrow indeed, and it is true that the strict application of rules on evidence will often favour the accused. That is the reason why I was unable to conclude that genocide had been committed. It is probably the reason why the Russell Tribunal did not enter a finding of genocide either.

That does not mean that those who launch attacks on civilians have committed no crimes under international law. In situations of this kind, war crimes and crimes against humanity are often applicable as well (and they, too, were considered by the Russell Tribunal, along with the crime of incitement to genocide). Under international law these crimes are not seen as less severe than genocide.

The very rejection of the genocide charge will still cause controversy, but it was the right decision. Since the tribunal accepts international law as its frame of reference, that law has to govern its findings. And there is merit in that. Going back to the rules of international law, the common hymn-sheet of the international community, may yet provide the measure of reason which is so desperately needed in this debate – a debate on an issue which can hardly be of greater concern to the world as a whole.

Paul Behrens was awarded funding by the British Academy in 2011 for a research project on genocidal intent. 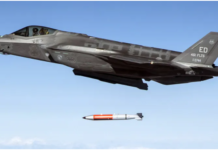 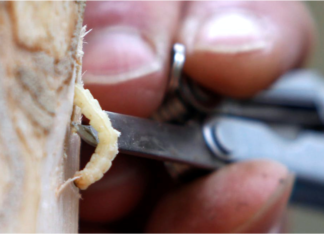 When will there be a coronavirus vaccine? 5 questions answered