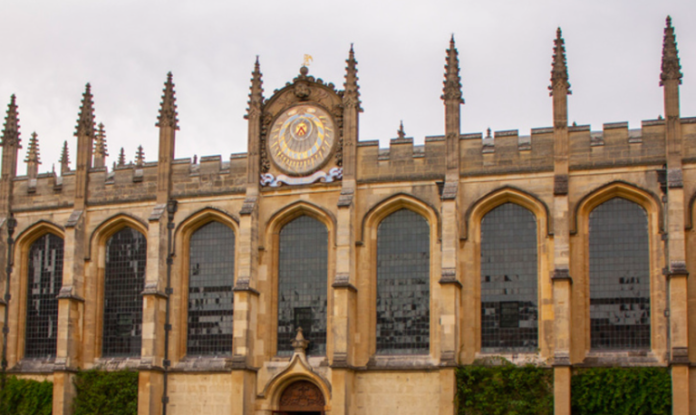 By David Watson, University of Oxford

By international standards, British universities have extraordinarily high levels of autonomy. They control all of their assets, they employ their own staff, renew their own leadership and governors and can enter freely into contracts. They are formally masters of their own fate.

In practice, of course, this autonomy has gone along with dependence on government-originated contracts for teaching, research and other services, that impose their own conditions. As a consequence, higher education institutions have learned to lobby – individually and collectively – for their share of public funding.

In 2008, I wrote an optimistic piece for the Quality Assurance Agency for Higher Education (QAA) answering the question: “Who owns the university?” My rather jolly conclusion was: “Nobody owns the university for ever, but we can all own it from time to time”.

That was just before the global financial collapse. There have been several consequences of the ensuing “age of austerity” for the global funding of the sector and the strategic direction of universities. Government has sought to cut its recurrent investment while it has in fact simultaneously increased and deferred its liabilities. Special initiatives other than the most politically sensitive, such as trying to widen the intake of people going to university, have dried up.

There has been a heated, largely unscholarly, debate about whether or not the British higher education sector is losing a global race. All of this has created a paradox (mirrored in advanced higher education systems around the world): as government has sought to invest less it has come to intervene more. And there have been some rapid and probably irreversible developments in university autonomy, especially since the 2008 crash.

What has happened to teaching is often described as “privatisation”; in practice it has been the opposite. First there is the voucherisation of undergraduate courses (except in Scotland). In essence, the government is paying up-front the fees for all full-time undergraduates in English, Welsh and Northern Irish institutions who originate in the European Union. It will then seek to get this investment back through the various countries’ tax systems on an income-contingent basis.

Unless and until that money is repaid (and the estimates of recovery have now fallen below the costs of the system that this regime was designed to replace) each of these students is in effect a state-sponsored scholar.

Meanwhile, the government’s only remaining fiscal control has been through overall student numbers, shortly to be lifted. So long as these have been restricted, there is no incentive for institutions to do anything other than charge the maximum fee allowable, currently £9,000.

A plan for funding expansion by selling off the loan book associated with the previous fee regime has been abandoned. Now the latest proposal from the former universities minister is to get the universities themselves to share the risk by taking on student’s debt.

Other funding for teaching is restricted to courses prioritised by government itself as “strategic and vulnerable subjects”. This continues the long tradition of trying to buck the student market through supply-side interventions in favour of science, technology, engineering and mathematical subjects.

“For-profits” to the rescue?

The government’s cavalry over the hill was intended to be the relatively new, for-profit section of the private sector. It was thought this would be lower-cost, more market-responsive, and would widen participation in higher education at minimal expense. As a result, regulatory bars on academic governance, degree-awarding powers, university title and corporate ownership were all systematically lowered.

Many of these new institutions – some appearing overnight – immediately began sucking in student-based “vouchers” in return for woefully inadequate provision. The results were so disastrous that the government had to call a halt to funding their registered students. This is almost exactly what had happened with New Labour’s Individual Learning Accounts only just over a decade earlier.

Not only had ministers and their officials failed to look back, but they also failed to look abroad. All of these lessons could have been easily gleaned from the experience with federally funded students of for-profit institutions in the USA.

The result has been the relentless march of debt – even if repayment is significantly deferred. This has moral as well as economic consequences. Some opinion leaders, including the politicians principally responsible have actively encouraged student debtors to take on the debt on the understanding that it will in effect be written off.

This is not far away from the circumstances of the causes of the 2008 crash: mortgage lenders in the USA described serial re-mortgaging as a bet you couldn’t lose, because of the ineluctable appreciation of property values. Headline writers saw the analogy early: “Sub-prime goes to College”, wrote the New York Post in 2010.

Another relatively unsung, negative consequence of this state penetration of the system is its homogenisation. British political discussions about funding higher education always converge on the needs and support of younger, full-time participants, living and studying away from home.

The latest coalition settlement has led to the melting away of part-time and mature entrants, as well as a dramatic fall in post-graduate enrolments. The UK is in danger of losing its position as the most diverse system in Europe by level and mode of study, and by breadth of participation.

Research – and a Faustian pact

In terms of research funding, there is a similar sense of greater rather than less government involvement as the funder of last resort.

First, there is a professional consensus that the funding of science is heading for the cliff-edge. The Learned Societies are unanimous that the public purse must carry the strain. British industry has always been reluctant to fill the gap and austerity has reinforced this.

The silver lining in this context is the capacity of top researchers to subvert both institutional and national strategies. At the very highest levels of research achievement, bottom-up, multi-institutional, cross-national networks increasingly rule. Top research is probably best placed to prosper in the new university universe, but at the price of pulling up the ladder on a worthy and productive mainstream.

Whose system is it anyway?

All of this leads to the critical question of public confidence: whose system is this, anyway? One of the most dangerous outcomes has been a widespread confusion of reputation and quality. Students have learned, for example, that prestigious employers continue to screen job applicants by the institutions they have studied in. They will choose these over courses they might find more satisfying and better taught.

The Russell Group’s self-promotion as representing the best of the system has been uncritically accepted by both government and the media. The empirical problem is that it doesn’t.

Well-qualified, non-standard entrants who opt for courses outside a small number of “leading research universities” are dismissed by the country’s leading charitable group on widening participation – the Sutton Trust – as “wasted talent”.

At the same time, various inter-generational tensions have intensified. Demand for higher education has shown no signs of abating, even while the “underemployment” moral panic (“you’re better off without a degree”) intensifies. Government policy identifies potential solely with school examination grades, for example by de-restricting university recruitment of those with high A Level scores. It thereby undermines its own intentions of driving social mobility by diversifying the recruitment to what it sees as “top universities”.

The most pressing political priority is the unspoken understanding that that the arrangements for fees and funding are not sustainable. As we approach an election in May 2015 that is likely to lead to further coalition government, the main parties are all paralysed by the question of what to do about higher education.

The big question after the election will be “what on earth have we done?” Unpicking the current settlement will be hard enough; finding an alternative around which consensus could be built at present seems simply too hard.

Historically, universities have always been more comfortable fulfilling a major role within civil society than as instruments of state policy, and so it should be. All around the world, universities that align themselves too closely with state leadership have come to undermine their core values.

The big story here is about how the UK state wants to withdraw (so it says) but has become more and more entwined. It now “owns” and directs more of the enterprise than it did before 2008, despite protestations to the contrary.

The response from the higher education sector could be best characterised as truculent passivity. Universities are temporarily in reasonable financial shape. But their leaders know, in their hearts, that this situation is hugely unstable. One of the biggest fears is of a partisan downward bidding war on the maximum fee they are allowed to charge students.

The classic statement of university autonomy is that of Prussian philosopher 18th century reformer Wilhelm von Humboldt: that the university will best serve society in “freedom and loneliness”.
This case needs to be put again, and urgently. It will have to be led by the universities themselves, and it will take collective courage.

David Watson is Professor of Higher Education and Principal of Green Templeton College at the University of Oxford. He is a Trustee of the the Nuffield Foundation. 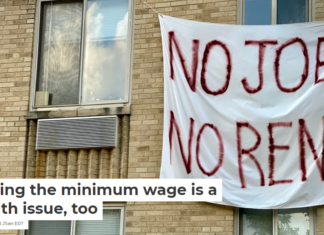 Raising the minimum wage is a health issue, too

Staff Writer - April 18, 2021
Utibe Effiong, University of Michigan Congress just missed one of its best shots at improving health when the Senate...

Supreme Court justices in the pews and on the bench –...