A recent report confirms that the alumni of British “public schools” still control politics and many top professions. One reason those people are so successful in public life is, of course, that their shared history gives them privileged networking connections. But they are also commonly very confident, fluent public speakers.

They were not born that way. Their skills were developed through their school experience of debating societies, discussion groups and engaging in dialogues with their teachers. Although the term might not have been used, their education included oracy – skills in using spoken language – as well as literacy and numeracy.

For the sake of social equality, all schools should teach children the spoken language skills that they need for educational progress, for work and for full participation in democracy. Our research is beginning to show that children who are taught these skills, perform better in maths, science and reasoning tests.

For most of the British population, oracy has never really been a subject in the school curriculum. And with the recent downgrading of “speaking and listening” to “spoken language” in the National Primary Curriculum and the removal of the oral language assessment from the GCSE English examination, the message seems to be that spoken language skills only need to be mastered by the privileged few.

Yet skills in oracy will be more important for most people once they leave school than, for example, skills in long division, which schools minister Nick Gibb suggested in 2012 have been so woefully neglected by teachers in recent years. Although anyone can use their smart phone to calculate, technology companies such as Apple are yet to invent a speech maker and discussion generator.

The government view seems to be that “talk” does not need tuition and that if children are talking they are not learning. This view has little connection with reality. Employers in the UK regularly say that they want to recruit people who are effective public communicators and team workers. But they also complain that job candidates often lack such skills – not surprising if they have not been taught them.

Some people learn how to use talk effectively at home and through various out-of-school activities. But many children are rarely encouraged to present their ideas or to take part in a “reasoned discussion”. Some teachers are trying to change this.

We have recently been working with a free school in East London, School 21, which has pioneered an oracy-led curriculum with very positive results. The school received an outstanding Ofsted evaluation in July 2014, and the value of such collaboration between schools and educational researchers was recently noted by a House of Commons select committee.

Through the work of School 21’s teachers, our own research and that of others, we know there are some very effective ways of teaching oracy. For example, teachers quite often comment that children are not very good at working in groups. Some, like the education bloggers Robert Peal and Andrew Old, even find it so difficult that they suggest group work should be abandoned.

Yet we have found that one reliable way to make group-work more productive is to ask students to agree on a suitable set of “ground rules” for how they will conduct their discussions. Unproductive talk is often the outcome of students (and adults) using the wrong rules: for example implicitly deciding to “keep your best ideas to yourself” rather than “any potentially useful information should be shared and evaluated”.

By using appropriate ground rules groups are more likely to find good, creative solutions to problems. By being taught how to talk and work together in groups, students are also learning the kind of life skills valued by many employers. Our research shows that when students learn how to use talk to reason together, they become better at reasoning on their own – as measured by their scores on the Raven’s Progressive Matrices test of reasoning. They also significantly improve their attainment on SATs tasks in maths and science, compared with children in control schools who were not taught oracy skills.

If teachers are to help their students develop their talking skills, then they need to be able to monitor that development and provide feedback that will help progress. A grant from the Education Endowment Foundation has enabled us to create a “teacher-friendly” toolkit for assessing spoken language skills. Our toolkit is based on an Oracy Skills Framework that covers spoken language skills in four areas: physical, linguistic, cognitive and social & emotional.

To develop and trial our toolkit we have been working with School 21 and several other schools. The toolkit consists of three initial tasks that teachers can use at the beginning of Year 7 to get an idea of children’s oracy skills when they arrive at secondary school.

One is a “presentation” task, in which students are asked to prepare a two minute talk for next year’s Year 7s about what life is like at secondary school. Then there is an “instruction” task in which one student has to enable another (who is out of eye-contact) to build a specific model out of Lego. And then a “group discussion” task in which three children have to consider and provide reasoned justifications for their responses to some controversial statements. Three suggested follow-up tasks can be used towards the end of Year 7 to evaluate progress.

During the year, teachers can use our “Assessment for Learning” tasks to monitor children’s development and provide useful feedback. The toolkit will only be useful if more schools begin to teach oracy properly – and that will need more enlightened recognition from those in charge of education policy of the importance of spoken language skills for all our children.

Neil Mercer has received funding for the Oracy project work from the Education Endowment Foundation. He has also received research funding from the ESRC and the Nuffield Foundation.

Paul Warwick has received funding from the Education Endowment Fund. 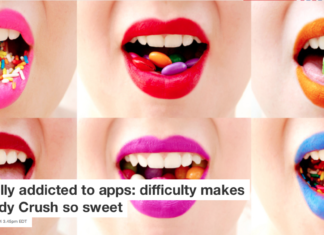 Staff Writer - June 12, 2015
Toby Walsh, NICTA It’s been said that in a city, you’re never more than two metres away from a rat. But it seems more likely...