The OECD’s 2009 Jobs for Youth report, released on the heels of the global financial crisis, made a number of policy recommendations to the Australian government to prevent a rise in youth unemployment. Five years on, youth unemployment has risen from around 8% to 14.8%, and around one in five children do not complete year 12, according to data from the National Centre for Vocational Education Research.

One of the recommendations made by the OECD in the 2009 Jobs for Youth Report was to ensure young people did not leave school without some sort of qualification. Another was that governments should put an even greater emphasis on early-age (i.e. before age five) education of children from disadvantaged groups.

It is not surprising the OECD made recommendations in both these areas given that success in school correlates with quality early learning experiences, particularly for disadvantaged children.

However, rather than address the root causes of early school leaving and subsequent youth unemployment, Australian governments – both state and federal, past and present – have reached for simple policy levers that will do little to improve the educational chances of children from disadvantaged backgrounds.

For a number of years now, state governments have adopted “learn or earn” policies aimed at preventing young people from leaving school before 17 unless they are in full-time paid employment, education and/or training.

The former Australian government, led by Prime Minister Julia Gillard, contributed by tightening eligibility requirements for youth allowance and family tax benefit in 2011. This change required young people under 20 to be in education or work in order to receive income support payments.

The Abbott government then attempted to square the circle by extending this measure to all young people under 30, in addition to cutting income support for a period of six months each year, to be followed by 25 weeks of Work for the Dole.

This muscled-up “learn or earn” (or get nothing) policy is aimed at a core subgroup that is believed to drop out of school and move directly to welfare, or as Kevin Andrews said recently, onto their living room couch.

These policies take selective direction from the 2009 OECD Jobs for Youth report, which provided suggestions for how our government might proceed with “carrot and stick activation mechanisms”, like the Dutch Leerwerkplicht reform.

This reform, which the OECD noted in 2009 was “going in the right direction”, requires Dutch youth aged 18-27 who have not completed upper secondary education to resume school or begin work. If they do not they are denied some of their social benefits.

There are, however, key differences between the Dutch approach and measures that are being proposed by the Abbott government. Two of those differences are the availability of vocational curriculum options and targeted early childhood education.

The cost of neglecting vocational education

More than 60% of Dutch 15-year-olds participate in vocational education programs, a focus acknowledged by the OECD as helping to “motivate young people and [which] need not come at the expense of theoretical/basic learning”.

By contrast, there remains very little relief for Australian students who prefer non-academic, practical subjects. Inbuilt disincentives, like ATAR/OP eligibility, have negatively affected the status, quality and availability of vocational subjects in schools.

This perpetuates vocational education’s “second-tier” status, both deterring broader participation and further entrenching the grip and status of the academic curriculum. Smaller schools in disadvantaged areas are those in which curriculum diversity is most needed, yet these schools are often the least able to offer broad subject choices.

School-based VET subjects are therefore relatively basic and are not designed to lead to specific vocational outcomes, leaving many students who do choose vocational subjects without a platform for progression, even in the post-compulsory (but increasingly competitive) VET system.

Given that many early school leavers experience academic difficulties and have done so since the early years of school, it is no small wonder that some start voting with their feet around age 13. Recent research has found that these young people do not lack aspiration and nor do they aspire to spend their lives on the dole. Faced with a lack of credible options however, this is where many will end up – arguably through no fault of their own.

This is where the OECD’s other recommendation relating to “early age” (before age 5) education might have been of some assistance, had it been adopted as a free entitlement.

Because fees are still charged, not all four-year-olds attend a preschool program. In 2011 the OECD ranked Australia 30/34 on children’s access to a preschool program. More recent OECD figures show that while the enrolment rate of 4-year-olds in Australia increased by more than 20 percentage points to 76% between 2005 and 2012, this rate is still well below the OECD average of 84%.

The 2013 Productivity Commission report on government services reveals that children who most need quality early learning experiences are least likely to be attending. Children from Aboriginal and Torres Strait Islander and non-English speaking backgrounds, children with a disability, children in low SES families, and children who live in rural and remote areas are all under-represented in early childhood programs.

The lesson here is that policy cannot target access only; it is access to quality early learning programs that makes a difference to how children fare at school. In the Abbott government’s terms of reference for the recent Productivity Commission’s draft report on childcare and early childhood learning, however, “quality” was a distant second to affordability, accessibility and flexibility. That has left us with recommendations that seriously threaten to water down quality standards and, if implemented, will compromise quality early learning and care experiences for young children from disadvantaged backgrounds.

In each case, whether it be access to quality vocational curriculum options for non-academically inclined students or access to quality preschool education to better prepare children for the academic demands they will face once they begin school, the government has chosen simple policy levers over the long-term investment and reforms required to address the causes of early school leaving. 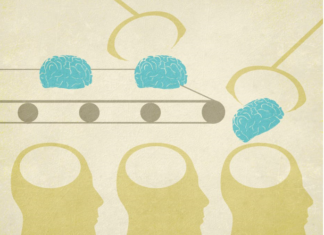 Limiting global warming to 2°C: the philosophy and the science