It’s that time of year when the stakes can feel very high when choosing a chocolate for your sweetie. Yet the options are more bountiful and confounding than ever.

Valentine’s Day chocolates in a growing number of stores are no longer limited to that familiar box of gooey, heart-shaped candies. Visit the sweets section of a Whole Foods or similar grocery store and you will see dozens of new and attractive chocolate bars stretching down the aisle, beckoning and bewildering in their variety.

These fall, broadly, into two distinct groups. The first is the ethical trade labels (Fairtrade, direct trade, Rainforest Alliance, IMO Fair for Life), which aim to introduce economic and often environmental sustainability or improvement into the industry for cocoa farmers, whose work is underpaid and tenuous. The second comprises those labels that say something about the chocolate-making process itself (American, bean to bar, raw, handmade, craft, artisan). Generally these labels mean that the maker has turned cocoa beans into chocolate bars on a small scale, with attention to the differences between each batch — as distinct from mass-produced candies that are made to taste the same, every time we eat one.

Choosing from either category can send a message to both your loved one and the chocolate industry: that, as a consumer, you demand high standards for chocolate, either in fairness or quality. Faced with such a wide variety of labels, however, inevitable questions arise: is there any real difference between these labels and claims, or are they all simply marketing hype? And what does it mean to be artisanal?

What makes an artisan

Based on my studies of chocolate marketing, I have found many differences among these labels. Fairtrade, for example, guarantees a minimum price, as well as a social premium per ton of cocoa purchased. The former introduces stability to farmer income in a market where prices can fluctuate wildly, while the latter provides additional funds, which are generally used for development projects in farming villages. Direct trade also pays a premium, but also makes it a priority to maintain close and mutually supportive relationships with farmers over time, with regular visits between chocolate makers and cocoa producers. This means the trade relationship happens between actual people who know one another and does not get reduced to numbers on spreadsheets or items in a company budget.

But what has become in some ways more important to me, especially around the big chocolate holidays, is less the (sometimes fine) distinctions among these labels, and more what the labels say about the different marketing strategies pursued by the global chocolate giants. That is, Hershey, Mars, Cadbury and Nestle, which have dominated the industry for more than a century.

To illustrate: my current work examines the use of the term “artisan” by new chocolate makers and compares this with the historical meaning of the word. I am looking for similarities and differences between the definition – who actually is an artisan? – and how this word is used to sell chocolate.

Historically, an artisan was a person who spent long years as apprentice to a master, training in a craft, and “graduated” only when that master said the trainee was ready.

Because the twentieth century was so thoroughly dominated by a few chocolate companies, who guarded their manufacturing secrets quite closely, opportunities for chocolate apprenticeship vanished in the US. And yet, starting in 1997, when Scharffen Berger began marketing its chocolate as artisanal, the number of makers calling themselves “artisan” grew at an astonishing rate.

How chocolate artisans learn their craft

With no formal apprenticeship structure, where, I wondered, were these people learning to make chocolate? And how could they call themselves “artisans” if there was no one to evaluate whether they had mastered the craft?

I went into this research presuming that the word “artisan” on chocolate bars was essentially a marketing device; this came partly from my observations that many makers seemed to experience a learning curve only after their chocolate had debuted widely, improving in flavor and texture over time.

I have found other evidence for the marketing power of the term and continue to study what it means as new self-proclaimed artisan makers appear on the US market. In my initial consumer surveys, for example, chocolate lovers associate the term with having passion for chocolate making, rather than formal training in the craft. Furthermore, my initial review of these data suggests that consumers translate “passion” for the job into good flavor. So the word “artisan” seems to “sell” a delicious chocolate eating experience, which may or may not be true.

And yet, I also see that “artisan” is one label among many that, taken together, are doing important educational work in the chocolate industry. As the great variety of labels makes clear, new makers are working hard to make their chocolate stand out from the rest, but they all seem to share a goal of deeper engagement with this food. By advertising their bars with these labels, they are also asking that consumers join them in this work.

What’s in a label

Some makers focus on the ethics of trade, using websites and product packaging to bring us images and stories of farmers who grow cocoa. Others are passionate about cocoa bean strains, whose variety rivals that of wine grapes, and bring out the flavors of different harvests in their chocolates.

A few are keen to make us aware of the complex mechanical process of creating a chocolate bar. And a small but growing number are committed to keeping the value of chocolate-making with the farmers, by locating chocolate factories close to the cocoa fields.

Each time we encounter a chocolate bar that makes some honest and open claim about its production, we have an opportunity to learn about this food. Purchasing these kinds of chocolate bars – bars that are really trying to teach us something about this supply chain, at whatever point the maker feels most capable of intervening – allows us to make a statement that we want to understand what we are eating.

For the love of chocolate

My research has suggested that the global chocolate giants are not, as they are sometimes portrayed, willfully perpetrating evil in the world. But I can confidently say they do not provide consumers with enough information about their product and process to help us make mindful chocolate purchases. The product packaging for major chocolate candies – Hershey’s Kisses, Mars Milky Way, Nestle Crunch, for example – gives no indication that this food once grew on a tree, or that a farmer was involved in its production. These brands are sold on the strength of their recipe – a consistent taste over time – rather than information about where the cocoa came from, who grew it, or how it got from the farm to the factory.

As small-batch, “neighborhood” chocolate makers rise in number, no matter what label they choose, they are collectively working towards providing that information.

And this education at least opens the door to a future of equity, in which cocoa farmers would be better paid for their work, and chocolate eaters willing to pay a price that reflects its true value. In such a world, of course, we would not need any labels at all.

So buy your chocolate with love for Valentine’s Day, by buying it thoughtfully. Read the labels, and all the information they provide, and choose one that feels right.

We are not going to change the world in one holiday, or even a decade of Valentine’s Days. But we will take the first step to a more just chocolate world if we take the time to know this food, and to understand all the skill and sweat and sacrifice that went into bringing it from a tree to our hands. 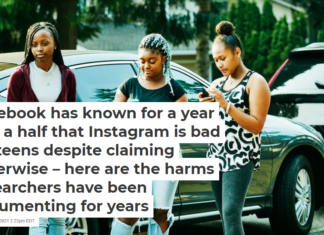 How the stoicism of Roman philosophers can help us deal with...