For people with post-traumatic stress disorder, recalling memories of physical or sexual assault, combat or disaster-related events can induce intense anxiety or panic attacks as well as debilitating flashbacks.

In the U.S., about 7% of people suffer from PTSD and lose an average of about four working days each month as a result. Trauma-specific psychotherapy, like cognitive processing or “talk” therapy, is the cornerstone of treatment for PTSD. But for approximately half of people, these traditional approaches are ineffective at fully addressing PTSD symptoms over the long term. Antidepressant drugs are frequently used if psychotherapy fails, or in combination with it, but the effects are usually modest.

MDMA (3,4-methylenedioxymethamphetamine) is an active ingredient in the illicit street drug known as ecstasy or molly. People in dance clubs and raves use illicit MDMA because it elevates mood and energy levels, induces a feeling of bonding with others and produces a surreal psychedelic effect. These same effects have been hypothesized to support people with PTSD during psychotherapy sessions, since they can make people more willing and able to share and explore their traumatic experiences. Our new meta-analysis of clinical trials confirms the benefits of MDMA-assisted psychotherapy in the treatment of PTSD.

We are a pharmacist and physician team who investigate the benefits and harms associated with substances of abuse like bath salts, phenibut, cannabis and synthetic marijuana. Through this work we have become intrigued about the therapeutic potential for some psychedelic drugs in the treatment of myriad psychiatric disorders, from PTSD to major depression, especially MDMA and psilocybin (hallucinogenic mushrooms).

It is important to state that using ecstasy or molly products from the street would not help PTSD symptoms because the MDMA needs be used along with carefully crafted psychotherapy in a safe, controlled environment. Ecstasy or molly products purchased illicitly never specify the exact amount of MDMA they contain, so it is impossible to dose it properly for PTSD. Taking too much MDMA or exercising while taking MDMA can cause heart attacks, strokes, seizures and arrhythmias and can damage muscles and kidneys.

What is MDMA-assisted psychotherapy?

In an MDMA-assisted psychotherapy session, patients take MDMA as a pill upon entering a psychiatrist’s office and then work with a team of therapists who help them divulge traumatic events or discuss aspects of those events over the course of several hours. They usually have non-MDMA sessions before the first MDMA session so they know what to expect. And they have at least one non-MDMA session after each MDMA one to work through the traumatic memories that were revealed and to learn coping strategies. A standard treatment course includes two or three multihour MDMA-assisted psychotherapy sessions and several non-MDMA sessions.

The MDMA products used in these sessions are pharmaceutical grade. This means that, unlike illicitly obtained street products, they do not contain other substances of abuse, such as methamphetamine, or contaminants like heavy metals, bacteria or mold. People with hypertension or those at high risk of heart attacks, strokes or arrhythmias should not participate, because they can have unsafe elevations in blood pressure and heart rate. In addition, patients are not allowed to leave for eight hours, until the effects of MDMA have fully worn off.

Assessing the effectiveness of MDMA-assisted psychotherapy

In 2014, we reviewed the available animal data and the few preliminary human studies of MDMA-assisted psychotherapy, but at the time, higher-quality clinical trials had not yet been completed. But in the past few years, larger and higher-quality trials have been published, warranting an in-depth assessment.

So we recently reviewed the data comparing antidepressant use to placebos for patients with PTSD and performed a meta-analysis study of the six different clinical trials that assessed the usefulness of MDMA-assisted psychotherapy versus psychotherapy alone. All of the trials we analyzed included both men and women who had experienced a multitude of traumatic events that led to PTSD. The studies used the same points scale to determine the effectiveness of therapy, making it easier to compare data across studies. Scores above approximately 50 points mean a patient has severe PTSD, and scores reduced by more than 10 points from baseline are clinically meaningful.

We found that daily antidepressant therapy reduced PTSD by 6 to 14 points compared with the placebo, but a range of 27% to 47% of patients across the studies withdrew before the end of the trials. In contrast, MDMA-assisted psychotherapy reduced the scores by 22 points compared with those receiving psychotherapy with placebo, and patients were twice as likely to no longer meet the criteria for PTSD diagnosis by the end of the trials. In addition, only 8% of patients withdrew from MDMA-assisted psychotherapy trials. The main adverse effects included teeth grinding, jitteriness, headache and nausea. One of these MDMA trials found that participants’ blood pressure and heart rate were elevated in the course of MDMA therapy, but not to a concerning extent.

For several of the trials in our meta-analysis, investigators sent a questionnaire to participants 12 months after their last MDMA session to assess the long-term impact. Overall, 86% of participants said they received substantial benefits from the combined MDMA-assisted psychotherapy. Eighty-four percent of participants reported having improved feelings of well-being, 71% had fewer nightmares, 69% had less anxiety and 66% had improved sleep. The results from across all of the studies suggested that MDMA-assisted therapy was helping to alleviate the PTSD itself, not simply suppressing symptoms.

The U.S. Drug Enforcement Administration identifies MDMA and psilocybin as Schedule I controlled substances. According to the DEA, these substances have no currently accepted medical use in the U.S. and come with high abuse potential.

However, it’s worth noting an important exception. Cannabadiol, or CBD, a chemical that comes from the plant Cannabis sativa, is classified as a Schedule I drug. But the Food and Drug Administration approved its use in 2018 for the treatment of two rare and severe childhood seizure disorders. That doesn’t mean that the CBD in your lotion or seltzer has proof of benefit for most of the ills people are using it for, but its full therapeutic potential is still being explored. Given the strong consistent beneficial effects and manageable adverse events in the newer trials designed with FDA input, we suspect that MDMA-assisted psychotherapy will become an FDA-approved option for PTSD by the end of 2023. Psilocybin – commonly known as hallucinogenic mushrooms – also shows promise for treating major depression, but further research is needed.

The DEA’s stringent policies made it exceptionally hard for scientists to conduct research on Schedule I drugs for decades by criminalizing the possession of the products, even in research settings. But in 2018, the agency streamlined the application process for securing a waiver for research purposes. This made it easier for researchers to conduct trials into the pharmaceutical value of psychedelic drugs. Within the next decade, this shift will almost certainly accelerate the discovery of new treatments for patients suffering from mental illness. 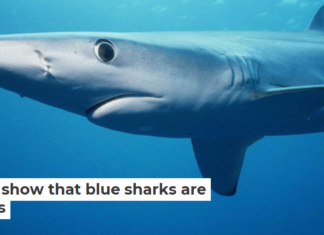 Staff Writer - March 27, 2020
Jasmin Graham, Florida State University CC BY-NDBlue sharks are among the widest-ranging shark species in the oceans. We know this partly because from 1962 to...