The latter part of the twentieth century saw a dramatic increase in women’s participation in the workforce as well as a rise in ideological support for women’s employment in the United States.

However, women still comprise only a small fraction of elite leadership positions in government and business. And they still do the lion’s share of the housework and caregiving. In other words, the “gender revolution” appears to have stalled.

What accounts for this stalled progress toward gender equality in the workplace and at home?

A piece of the answer may lie in workplace policies and practices that continue to limit men’s and women’s ability to establish equal relationships at home.

Our recent research casts new light on the large disconnect between workplace policies and the ideals that individuals hold about how to balance work and family life.

Politicians are beginning to pay attention

Childcare costs are high, hours are increasingly long and/or inflexible, and only a lucky minority of workers has access to paid family leave.

Indeed, politicians and the general public have started to pay close attention to this set of issues.

President Obama recently announced that all federal employees would have access to six weeks of paid leave to care for a new child. In his recent State of the Union address, he also emphasized the importance of access to childcare.

This thinking is not taking place in a vacuum. Recent scholarship by Kathleen Gerson, for example, shows that many young, unmarried men and women ideally prefer egalitarian relationships where both partners contribute equally to earning, housework, and caregiving.

When considering this reality, many favored a “fallback plan” that was more in keeping with traditional gender roles. For example, men’s fallback plans were largely for a relationship in which they would be the primary breadwinner.

Gerson’s insights, as well as other research in this area, point to the idea that work-family preferences develop largely in response to the limited set of options that workplaces currently offer.

It is also possible, however, that the lack of equality at work and at home results from deep-seated, ingrained beliefs about men, women, caregiving, and earning.

To date, it has been challenging to separate out the extent to which preferences for employment and caregiving are produced by social conditions (such as unsupportive workplace policies) versus individuals’ deeply held beliefs about what roles men and women should play.

In a new study, which appears in the February 2015 issue of American Sociological Review, we provide new insight into this set of complex issues.

What would be your ideal work-life balance?

We conducted a survey experiment with a nationally representative sample of unmarried, childless men and women between the ages of 18 and 32 in the United States.

We asked our respondents how they would ideally like to structure their relationship with a future spouse or partner in terms of balancing work and family life.

As part of the study, we randomly assigned participants to one of three groups.

The first group was asked to state their preference for balancing work and family life and was provided with four options:

The second group of respondents was asked the same question about balancing work and family life, but was not offered the “egalitarian” relationship option. Given that young men and women often perceive egalitarian relationships as unattainable, this set of options was designed to mirror the challenges of the current workplace environment.

The final group of respondents was provided all four of the response choices, including the egalitarian relationship option. But, in addition, they were told to assume that supportive work-family policies — specifically, subsidized childcare, paid family leave, and flexible scheduling options — were available. This set of options aimed to identify how workplace policies directly affect individuals’ relationship preferences.

What do the results of our study show?

First, we find that when the option is made available to them, the majority of respondents — regardless of gender or education level — opt for an egalitarian relationship.

Importantly, though, when supportive workplace policies are assumed to be in place, women are even more likely to prefer an egalitarian relationship and are much less likely to want to be the primary homemaker or caregiver.

Finally, when respondents cannot select an egalitarian option and there is no mention of supportive work-family policies, respondents tend to gravitate toward more gender-traditional types of relationships.

A key implication of these findings is that for both men and women, current work-family arrangements are often suboptimal and result from a particular set of unsupportive workplace policies and practices.

What our study helps to show is that if we were to change the workplace policy environment, we would likely see changes in people’s preferences for balancing their work and family life. 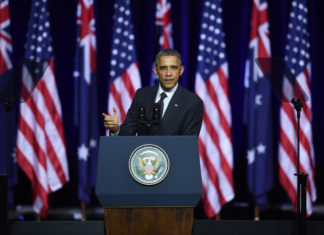 Cool to be a nerd: why the highly educated Australian Sochi...