If someone asked you to picture a philanthropist, chances are a billionaire like Bill Gates or John D. Rockefeller Sr. would come to mind. But not all philanthropists are billionaires, or even millionaires for that matter. People who make modest gifts of time or money can make a big difference in their communities.

We are professors who teach and do research about philanthropy, the practice of expressing generosity by giving away money and in some cases time. We see our job as motivating and preparing college and graduate students to become future leaders of nonprofit organizations or donors with good ideas about how to make a difference – starting right now.

One approach, known as “experiential philanthropy,” teaches about charitable giving through hands-on experiences. Students get real money, typically about US$10,000 per class, to give away to local nonprofits. One of us (David) has determined that these courses are being taught on more than 80 different campuses.

Northern Kentucky University pioneered this approach in 1999. Since then, students there have collectively awarded more than $1.5 million to local charities as part of their coursework.

A wealthy donor, Geoffrey P. Raynor, is building on that model through the Philanthropy Lab. So far, this national initiative has spread to more than 20 universities, including many attended by the nation’s richest students, such as Princeton and the University of Chicago.

These courses are for all students, however. Undergraduates majoring in everything from chemistry to philosophy and business to history enroll. While some of them are or want to become rich, others do not come from wealth or aspire to become upper-class. All of them sign up because they want to learn how to use their money and time to make change on the issues they care most about.

Giving away money – particularly when it’s not yours – can be fun. But does it actually teach students anything about philanthropy or how to become philanthropists?

To find out, one of us (Lindsey) led a study published in Nonprofit and Voluntary Sector Quarterly that surveyed more than 600 Northern Kentucky University students who had taken an experiential philanthropy course there from 2009 to 2013.

The research team found that students were more interested in donating to and volunteering at local nonprofits after taking the course. They were also more likely to know more about issues affecting their community and what nonprofits were doing about them.

Our findings suggest that by studying – and actually engaging in – philanthropy, students learn more about what philanthropy is, why they should do it and how they can make a difference.

While the logic behind these programs may be clear, the question of where the money students give away comes from is not because it’s not something covered in a traditional university budget.

So far, foundations like the Learning by Giving Foundation, founded by philanthropist Doris Buffett – Warren Buffett’s sister – and the Once Upon a Time Foundation, funded by the same person as the Philanthropy Lab, are a leading source of financial support.

The federal government has also pitched in to support a program called Pay it Forward, which engages college students in hands-on philanthropy, grant-making and volunteer service. However, Congress abolished that funding in 2011. Its courses are being taught today only in Ohio, where local foundations foot the bill, at campuses like Denison University, The Ohio State University-Newark, Central Ohio Technical College and the University of Cincinnati.

Cutting these programs means that young people will be less likely to be able to take philanthropy courses in college. This is troubling, because one of us (Jodi) found that after having opportunities to be actively engaged in giving with a group of peers, young people can better understand philanthropy’s impact.

That’s because after learning through these hands-on philanthropic experiences, students often want to donate their own money to nonprofits.

Many other kinds of courses about philanthropy and nonprofits are taught at U.S. and foreign universities. But experiential philanthropy is different because students gain practical knowledge and skills. Whether a class gives away $200 or $2,000, they become equipped for future leadership in the charitable world.

Education is, to a degree, about investing in the potential of students. And philanthropic education gets students to think about their responsibilities to invest in the communities in which they live. It helps them see the power they have to make a difference. 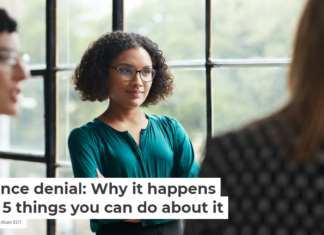 Science denial: Why it happens and 5 things you can do...

Is it possible to listen to too much music each day?

What torching Iran deal says about US commitment to nuclear security