When LIGO detected its first gravitational wave back in September 2015, I was pretty excited to say the least. As part of a decades-long endeavor, our whole team was ecstatic to observe gravitational waves – which are literally ripples in space – caused by two black holes smashing together. It was the first time that Einstein’s predictions about these tiny ripples were directly confirmed. Just this month, the Nobel Prize in physics was awarded to three of the founders of our international collaborative effort – Rainer Weiss, Kip Thorne and Barry Barish – in recognition of this first observation.

It may be hard to believe, but today I am even more excited than I was in 2015. For the first time ever, astrophysicists have discovered gravitational waves originating from an entirely new source: merging neutron stars.

That’s not all. This new event, GW170817, was accompanied by a host of other observations across the electromagnetic spectrum including gamma-rays, X-rays, visible light and radio waves. Before, we had detected only gravitational waves on their own, without any other corroborating observations of the source event. This groundbreaking announcement from the LIGO Scientific Collaboration and the Virgo collaboration heralds the beginning of a new era in “multi-messenger” astronomy.

A text alert with big implications

On August 17, 2017 at 8:47 a.m. EDT, I received a text message from the LIGO real-time analysis system that indicated a significant gravitational wave candidate had been identified. My text message notification is a simple “Hey!” I’m not a huge texter, so a large fraction of the messages I receive tend to be about gravitational waves. As you might imagine, I have a somewhat Pavlovian response to that “Hey!”

At Penn State, we have a small conference room devoted to LIGO real-time analysis where we monitor gravitational wave searches. When I turned to look at our display of the candidate event database, I was shocked. Not only was this new gravitational wave extremely significant, but there was also a coincident gamma-ray burst (GRB).

Given that the LIGO and Virgo collaborations had already detected four gravitational waves known as GW150914, GW151226, GW170104 and GW170814, it wasn’t that surprising to see another significant gravitational wave candidate that August morning – but one that coincided with a gamma-ray burst was simply surreal.

Until that day, LIGO and Virgo had detected gravitational waves only from binary black holes – astronomical phenomena that are unlikely to be associated with an electromagnetic counterpart such as a gamma-ray burst. Despite tremendous effort, researchers hadn’t ever been able to confidently correlate a gravitational wave event with other astronomical observations.

I immediately dialed into the LIGO rapid response teleconference channel and opened my laptop. There I saw the missing link, which was not immediately clear from the text message: The estimated masses of each object that had merged were just 1.2 and 1.5 times the mass of our sun. That’s firmly within the expectations of a new gravitational wave source type: neutron stars.

We had always hoped that one day LIGO would detect a gravitational wave signal simultaneously with other telescopes. In fact, we even thought that two colliding neutron stars would be the most promising source. To increase our chances, LIGO and Virgo have developed a program over the last decade to rapidly analyze gravitational wave data and alert a worldwide team of astronomers to our findings so that they can observe the area of interest. LIGO and Virgo also receive alerts of transient astronomical phenomena so researchers can undertake a deeper search of gravitational wave data. It looked like this was finally it.

Chasing down the confirming data

For all that had gone right that morning, a few things were bound to go wrong.

We recovered the gravitational wave signal in the LIGO Washington detector data only in real time. Unfortunately, the LIGO Louisiana detector had suffered from a burst of instrumental noise right around the time that the neutron star merger signal had arrived. The Virgo detector data from Italy was clean, but the transatlantic data transfer had stopped due to a network connection outage.

Our group proceeded anyway, and the LIGO rapid response team quickly assembled a notice to be sent to our over 70 observing partners – astronomers from all over the world. This was the first notice of around 200 and counting that helped to firmly establish gravitational wave multi-messenger astronomy as a brand new field.

The binary neutron star signal lasted over 100 seconds in LIGO’s data. That’s long enough to recover almost all of the signal in spite of the instrumental noise in the LIGO Louisiana data, which affected only the very end of the detected signal.

Eventually, we were able to analyze all three gravitational wave detector data streams to figure out when the signal arrived at each one. Then we triangulated the gravitational wave source on the sky to a sufficiently small area that astronomers could survey the entire region.

We were fortunate that the Fermi Gamma-ray Space Telescope was already pointing in the direction of this new gravitational wave when it arrived at Earth. However, astronomers using ground-based telescopes had to wait for nighttime.

About 10 hours after the initial alert, the first news of a visible light counterpart emerged and was independently confirmed by many facilities: A new bright spot that hadn’t been there previously was found in a galaxy in the direction of the gravitational wave. Over the coming hours, days and weeks, we also learned that there were ultraviolet counterparts, X-ray counterparts and even radio waves all associated with the binary neutron star merger. Each complementary observation revealed a new part of the story of how the immensely energetic neutron star matter was flying off into space after the collision.

We were lucky to pin down the location of the gravitational wave quickly enough to identify the observational counterparts so early. Nevertheless, next time around, we hope that gravitational wave identification can happen even sooner and at a more favorable time of day so we don’t miss out on the earliest optical emission. Perhaps one day we’ll even be able to use the early gravitational wave emission leading up to a neutron star collision to predict where on the sky they’ll merge and have telescopes already pointed in that direction, ready for the show.

Future of multi-messenger astronomy with LIGO

GW170817 confirmed the hypothesis that at least some gamma-ray bursts are in fact caused by merging neutron stars. It shattered our expectations for how frequently we would be able to associate gamma-ray bursts with gravitational waves and how prevalent other electromagnetic counterparts would be. After all, we’ve been operating advanced LIGO for only two years!

Our most optimistic hopes have come true with this new gravitational wave, and the team hopes to have many more opportunities like this in the next few years. The future of multi-messenger astronomy is very, very bright. 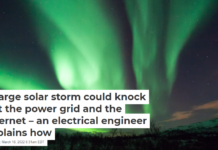 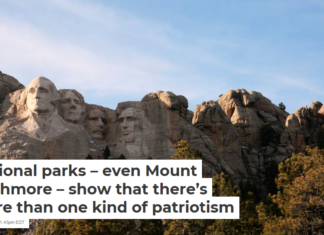 Staff Writer - June 30, 2020
Jennifer Ladino, University of Idaho July 4th will be quieter than usual this year, thanks to COVID-19. Many U.S. cities are canceling fireworks displays to...

Should California winemakers be worried about China’s tariffs?