By Michael Krützen, University of Zürich

The use of tools is one example of the growing capacity for analytical thought and invention in apes and early humans. The earliest flint-knapped stone cutting tools date from around 2.6 million years ago. Great apes such as chimpanzees are also known to use tools, from primitive spears to specialised tools used to forage for ants.

While tool use is rare in the animal kingdom, it is known among other species. Crows, for example, use sticks to extract snails from shells. And the use of tools has even been documented even in dolphins.

In one population of Indo-Pacific bottlenose dolphins (Tursiops aduncus) in Shark Bay, Western Australia, members use sponges for foraging. Lacking hands, they pick up and wear the sponges over their rostra (beak), possibly to protect themselves from sharp objects and noxious critters when probing in the sea floor sediment.

Previous work has shown that it is mainly daughters that learn the sponging behaviour from their mothers, and that this is passed on through social learning cultural transmission. As among humans and as documented in numerous other animal species, the innovation of sponging is transmitted via social learning mechanisms between individuals, such as daughters closely observing their mothers when they use sponges as tools.

The sponging-foraging technique was thought to be part of dolphins’ efforts to find nutritious, bottom-dwelling fish that do not have a swim bladder. As the dolphins’ echolocation sense uses the swim bladder to detect fish, a lack of it makes it hard or impossible for the dolphin to detect them with sonar. But until now there’s not been much evidence to support this idea.

We sampled 36 dolphins from two different research sites in Shark Bay, of which 11 were routine tool-users. At each site, we found evidence of a clear dietary difference between the two groups. In fact the differences were pronounced enough to be usually associated with different populations from different areas, or even differing species, rather than those found among individuals sharing the same habitat.

The fatty acid profile found in Shark Bay dolphins that do not use tools is the same, which demonstrates that the tool-using dolphins are able to exploit an ecological niche and the food it offers that would otherwise not be available to them.

Cultural transmission, including of tool use, has been identified as the major driver of human evolution. The dolphins’ method for finding new food sources has led to a significant reduction in competition for food – perhaps one of the reasons why it is in Shark Bay that the highest density of dolphins are found. 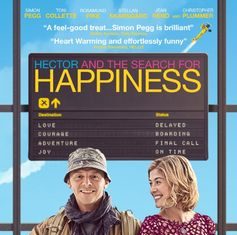 Staff Writer - October 17, 2014
By Lauren Rosewarne, University of Melbourne Opening in Australia on October 23A six dollar ticket and 114 minutes of my time felt like a fair...