Most people believe normal, healthy sleep should be long and uninterrupted from start to finish.

This erroneous public perception of sleep was apparent in survey studies we conducted, in which the large majority of people draw a long valley of deep sleep across the normal seven-to-eight hour sleep period to represent their concept of healthy sleep.

The mistake is reinforced by electronic and print journalists quoting sleep “experts” whose prescriptions emphasize we should get seven or eight hours of “solid” sleep each night.

Such advice can serve a useful public health aim if it encourages those people who voluntarily short-change their sleep on a regular basis to sleep a bit more.

There’s some evidence to suggest that those who typically get less than six hours sleep a night have some increased risk of cardiovascular disease, obesity, and diabetes.

Research also shows decreased alertness, more lapses in attention and higher risk of accidents for those people who regularly get insufficient sleep.

Without doubt, getting more sleep will make these sleep “starved” individuals feel better, with less sleepiness, fatigue and irritability.

But here’s the difficulty with the “unbroken block” prescription for healthy sleep: it’s utter bunkum.

Scream if you want to go deeper

Think of sleep as a roller coaster rattling through the night.

On falling asleep, we gradually head down a curve, into a deep sleep – this takes about an hour. But after about 70-80 minutes we spontaneously come out of deep sleep (over a period of 10-15 minutes) into lighter sleep.

This period of light sleep is called REM (Rapid Eye Movements) sleep and is associated with dreaming.

That first REM episode completes the first 90-minute sleep cycle and is usually only a few minutes long,

Then we head slowly back down the curve into deeper sleep, coming up again 90 minutes later into the second REM period, this time for a bit longer, roughly 15-25 minutes.

The rest of the night will see the completion of another two to three 90-minute sleep cycles before we wake up after about six or seven hours.

This process of sleep is illustrated in the figure below.

At the four or five points of light sleep across a normal sleep period, it’s typical to wake up.

If this awakening is brief (one-to-two minutes), which is common even in children and adolescents, it’s usually not remembered. It only consists of turning over in bed and adjusting yourself.

The impression from our youth is that sleep is solid or unbroken across the night.

But that’s only reflecting our conscious memory – it’s not true of the actual rollercoaster of biological changes across the night.

Only when the period of wakefulness is a little longer (more than five minutes) are we likely to remember it, especially when it involves getting out of bed to go to the loo or get something to drink.

In the large majority of cases, where sleep is resumed within a few minutes after awakening, it will have no detrimental impact on the next day.

In other words, awakenings across the night should be considered a normal part of healthy sleep.

The rollercoaster pattern of normal sleep is true for humans of all ages and virtually all other mammalian species.

As we age, the pattern of 90-minute sleep cycles continues, although sleep is generally shorter and lighter. It comprises less deep sleep and more light sleep with more frequent, longer awakenings.

This is a normal change with ageing and does not result in any daytime impairments. In fact, recent surveys have shown generally less sleepiness, fatigue, and irritability in people over 60 years of age despite more night-time awakenings.

There’s a downside, though. These perfectly normal changes of sleep as we age can be interpreted as abnormal if one believes normal sleep should be solid or unbroken.

Awakenings may then be a source of worry or frustration that block the resumption of sleep; the cumulative effect of these longer and worrisome awakenings can lead to the development of insomnia.

Therefore, the simplistic but incorrect belief that normal sleep should be “solid” can make people vulnerable to insomnia.

Having a more accurate understanding of the normal sleep process can, in this case, protect against and possibly diminish the prevalence of insomnia in our community.

My advice? Sleep tight tonight, people – but not too tight … 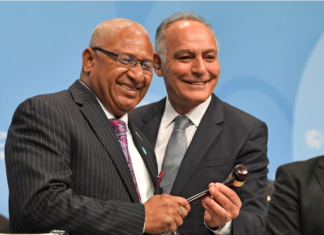 Anxiety detection and treatment in early childhood can lower risk for...