Sinclair Broadcast Group’s stations are under renewed scrutiny following Deadspin’s release of a montage of anchors reading the same script about fake news.

Since then, many of the anchors featured in the video have been bombarded with insults. In an unusually candid conversation with a local radio station, Doug Emblidge, an anchor at WHAM 13, my Sinclair affiliate in Rochester, New York, choked up and described being called a “prostitute” and a “whore.”

In response, other local media professionals have publicly rallied around the anchors. A column at my daily newspaper criticized Sinclair for putting anchors in a difficult spot; yet the article led and ended with finger-wagging at people on social media targeting the anchors. Another journalist at a public radio station took Emblidge to dinner, posting a photo on Twitter.

While these shows of journalistic solidarity are heartening in an environment of bile-filled comments and tweets, they also show how difficult it is for local media organizations to cover each other.

Journalists in local markets – even ones working at competing organizations – usually know each other. They might share a professional affinity or a personal friendship. In some cases, journalists have jumped from one local news organization to another, or signed contracts that restrict their actions or speech.

All of this has made critically covering the business models of their organizations – or others in their industry – a third rail.

The lack of coverage of Sinclair in local communities is a classical example of something called “paradigm repair.” The concept of the paradigm, which comes from the work of the philosopher Thomas Kuhn, holds that groups adhere to a shared set of beliefs and principles in order to establish their authority. The journalism paradigm, for example, might include being objective, fact-checking, being transparent and holding those in power accountable.

But research shows that when a journalist appears to violate the group’s norms, rather than ask systemic questions about what could have led to these lapses and seek to change, organizations and individuals often ignore the problem or attempt to “repair” the image of the profession by reaffirming group values and treating the offender as an outlier, or “bad apple.”

This is what seems to be happening with how local outlets are covering their peers at Sinclair.

So in December, City Newspaper commissioned me to write a story explicating Sinclair’s impact locally.

When reporting the story, I talked to as many journalists as I could who worked for Rochester’s local broadcast stations. Unfortunately, I ended up needing to rely on many anonymous sources – a practice I’m loathe to accept from my students. Few wanted to talk on the record, fearing that they might embarrass their friends or be punished for breach of contract.

However, they were unanimous. Nobody defended Sinclair. They said that embedding “must-runs” on national politics in local broadcasts confused viewers and threatened the credibility of long-trusted local reporters.

The most common defense of Sinclair employees was that their local coverage is the same as always, produced by people whose careers at the station predate Sinclair ownership. While this may be true, a new study found that Sinclair affiliates do have fewer local political stories and more national stories than other local broadcast stations.

After the article was published, there was a fair amount of “whataboutism” – readers wondered why I wasn’t covering the owners of other national and local media organizations.

While this was beyond the scope of my article, these are certainly important questions that need to be asked of any media organization. Transparency and accountability are two hallmarks of good journalism.

But instead of pursuing these questions, what we’ve seen so far from local journalists is collective paradigm repair. Instead of using the Sinclair story as a reason to plumb the conflicts and biases of their owners or other media owners, they’ve engaged in simply reaffirming the credibility of local journalism.

When journalists do this, they are actually deflecting from the practices of Sinclair, making the mistreatment of journalists the story.

It might feel like and be the right thing to do in the moment. But so far, there’s no evidence that Sinclair will change. Meanwhile, audiences have many unanswered questions about the ownership and bias of other local media organizations.

As defenders of Sinclair employees are quick to point out, saying “quit your job” and “resist” is easier said than done. It is also true that the larger state of journalism isn’t going to get better if only journalists who work at Sinclair resist.

It will only get better if journalists everywhere engage openly and honestly about the realities of working for news organizations.

Andrea Hickerson, Director of the School of Communication and Associate Professor of Journalism, Rochester Institute of Technology 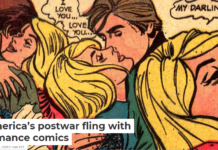 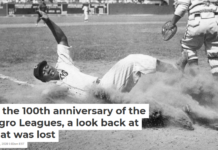 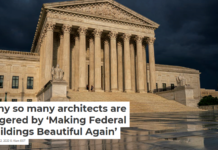 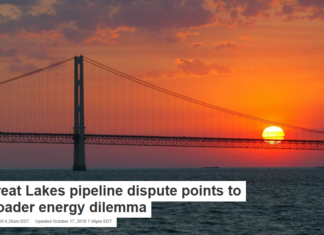 How to bring the teen pregnancy rate down