Of an estimated 228 million cases of malaria worldwide each year, around 93% are in Africa. This proportion is more or less the same for the 405,000 malaria deaths globally.

That’s why there are huge efforts underway to provide detailed maps of current malaria cases in Africa, and to predict which areas will become more susceptible in future, since such maps are vital to control and treat transmission. Mosquito populations can respond quickly to climate change, so it is also important to understand what global warming means for malaria risk across the continent.

We have just published a new set of maps in Nature Communications giving the most accurate picture yet of where in Africa will – and won’t – become climatically suitable for malaria transmission.

The malaria parasite thrives where it is warm and wet. Air temperature controls several parts of the transmission cycle, including the mosquito lifespan and rates of development and biting.

If it is too warm or too cold then either the malaria parasite or the mosquito that transmits the parasite between humans will not survive. This suitable temperature range is relatively well established by field and laboratory studies and forms the basis for current projections of the impact of climate change on malaria.

Yet, surface water is equally crucial as it provides habitat for the mosquitoes to lay their eggs. While flowing water in large rivers does not provide suitable larval habitat for African vector mosquitoes, nearby smaller water bodies, such as bankside ponds and floodplains can be highly productive, as can associated irrigation schemes or ponds and puddles forming anywhere in the landscape.

But estimating future surface water is tricky. River levels fluctuate with the seasons, ponds and puddles emerge and disappear, and it’s hard to predict exactly where will be farmed and irrigated years from now.

Previous models of malaria transmission suitability across Africa used simple monthly rainfall totals to estimate how much habitat would be available for mosquitoes. We instead looked at the formation of water bodies in more detail. When we include these hydrological processes in our model, we observe a different pattern both today and into the future.

Generally, this approach works well, especially over the whole of Africa. But it isn’t really how surface water works. To take an extreme example, it barely rains at all along much of the Nile River yet there are plenty of mosquitoes and we know malaria was prevalent in Ancient Egypt.

Rain water can infiltrate the soil, evaporate back into the atmosphere, be absorbed by vegetation and, of course, flow downslope into streams and rivers. Since rainfall doesn’t always match up with how much water is left on the surface, a new approach was needed.

In our recent study, we applied a continental-scale hydrological model to estimate surface water availability. This highlighted a much more complex and arguably more realistic pattern of hydro-climatic suitability. Unlike rainfall-based approaches, our model highlights river corridors as potential year-round focal points of transmission.

Our work shows that some areas which were very obviously missing from previous models are in fact suitable for malaria transmission. This includes the Nile system, where our estimate of present day suitability for transmission extends prominently to the north coast of Africa, supported by historical observations of malaria outbreaks.

Similarly, the Niger and Senegal rivers and Webi Juba and Webi Shabeelie rivers in Somalia extend beyond the geographical ranges previously estimated to be climatically suitable. This is especially important since human populations tend to concentrate close to such rivers.

When we compare projections of the hydro-climatic model into the future with those from previous rainfall-threshold models we again see differences. Both suggest only very small changes in the total area suitable across the continent up to 2100, even under the most extreme global warming scenario. However, once hydrological processes were taken into account, we observed a greater shift in the areas that are hydro-climatically suitable and locations projected to change were very different.

For example in South Africa, rather than increased suitability being focused in the east of the country centred on Lesotho, our approach predicts that the area of increased suitability will stretch along the courses of the Caledon and Orange rivers to the border with Namibia. We no longer observe aridity-driven decreases in suitability across southern Africa, particularly in Botswana and Mozambique.

Conversely, projected decreases across west Africa are more pronounced. The largest difference is in South Sudan where our hydrological approach estimates substantial decreases in malaria suitability in the future.

Routing water through the landscape in a realistic way maps a very different pattern of malaria transmission suitability both today and into the future. But this is only a first step.

There is a lot more we can do to embed state-of-the-art hydrological and flood models into estimates of malaria suitability and even early warning systems of local malaria epidemics. The exciting challenge now is to develop this approach at the local scales required by public health agencies, to help in their fight against the disease. 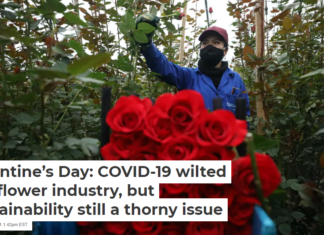 That neat and tidy map of tastes on the tongue you...