A new report from MPs on the Education Select Committee calling for sex education to be made statutory, has much in it to be welcomed by those who have been campaigning for improvements in the provision of personal, health and social education (PHSE) and sex and relationships education (SRE) in UK schools.

The committee’s report, Life lessons: PSHE and SRE in schools, is robust in its recognition of the value of this kind of education. It recommends: “the Department for Education develop a workplan for introducing age-appropriate PSHE and RSE as statutory subjects in primary and secondary schools”.

MPs have rejected the notion that teaching young people about sex and how to protect themselves from pregnancy, infection and exploitation contributes to, rather than reduces, poor sexual health outcomes. This is a welcome rebuff to those who believe that ignorance and obfuscation can be anything other than counter-productive.

No evidence it encourages sex

There is evidence for the effectiveness of PHSE and SRE in increasing knowledge, skills and self-confidence. Although it is difficult to demonstrate direct impacts on individual behaviour, research in the US and the recent National Survey of Sexual Attitudes and Lifestyles in the UK are encouraging. Most notably there is no convincing evidence that sex education encourages young people to have sex.

The evidence also makes clear that classroom-based interventions in isolation are unlikely to be effective. The SRE curriculum needs to be delivered within a wider school ethos that addresses bullying and exploitation, that makes pupils feel valued and which helps them to achieve.

Effective SRE requires communication with parents and draws on experts from outside of the school. It does not address sex in isolation but alongside other potentially risky behaviours such as alcohol use. It builds young people’s skills and confidence as well as their knowledge.

We’ve been here before

MPs have acknowledged much of this but their recommendations fall short of putting in place the measures required to deliver it. Reading their report left me with a slightly depressing sense of déjà vu, not so much for what it is in it, as for what is not. It’s conclusions are very similar to those reached in 2009 by Alasdair MacDonald’s review which was shelved before the 2010 election.

It has some of the same shortcomings which have undermined sex education for decades. Central to this is the question of why we need to provide sex education. In this, the report’s conclusion is clear: it is predominantly in order to reduce pregnancies, sexually transmitted infections and exploitation through equipping young people with the knowledge and individual skills they need to protect themselves.

While these are important aims in themselves, their risk-orientated and negative view of sex and relationships is not consistent with that of most young people, and particularly of young men. As a consequence, sex education can feel irrelevant and unnecessarily focused on what could go wrong.

It’s good news then that in their report MPs have called for SRE to be called “relationships and sex education”, in what they recommend would “emphasise the importance of this part of children and young people’s education”.

There is a need to move from positioning sex education as a tool to reduce short-term risks to a vehicle for promoting equitable, pleasurable and affirming relationships throughout life. Listening to the voices of young people should be at the heart of this kind of education.

The recommendations in the report acknowledge the rights of parents to withdraw their children from SRE and the rights of the school to decide what it should contain and how much time to devote to it. Yet there is little that safeguards the entitlement of young people to receive good quality sex education. Entitlement can only come with consistency and, as it stands, this report will not deliver that. For example, it’s still unclear whether any statutory sex education curriculum would apply to academies and free schools, who are outside of local authority control.

Overall, the MPs’ report takes a commonsense approach. It recognises that – given that there is some evidence of positive impact, no evidence of negative impact and both young people and parents overwhelming want it – then there are good grounds for ensuring that SRE is provided as a statutory element of the curriculum. That it has taken us this long to reach this conclusion is something of a surprise.

Next read: How far are the British willing to go in sex education? 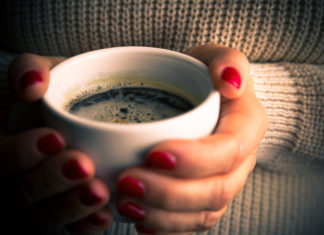 Staff Writer - May 27, 2015
Clare Collins, University of Newcastle Some like it hot, some like it iced, and some just don’t like it at all. Until recently, coffee was...

One way Trump went big league in his first 100 days

Therapy on the go: Mildly depressed or simply stressed, people are...