International nongovernmental organizations, often called NGOs, and other charities often use photos that distort the everyday realities of the people in low-income countries they seek to help despite decades of pressure to stop doing that.

That’s what I found when I studied 320 photos that 32 of the largest of these global charities operating in the U.S. used in March 2017 for fundraising.

A big concern is that nearly all the women pictured appear to be single, suggesting that no one who is married could deserve charitable support from afar. This imagery also implies that men in developing countries, who are generally people of color, do not take care of their families.

About half of the photos included only children, with girls over-represented, with no adults pictured – giving the impression that they might have been abandoned. Another 1 in 4 featured mothers with infants and other young children – and no men. In addition, 7.5% of images were of women with no men or children around. Only 4% included what appeared to be two parents belonging to the same family,

I found that NGOs tended to blur the background in these photographs and that the images heavily emphasized the eyes of children, especially of girls, who were usually looking at the ground. This facial expression and body language, as the sociologist Jan Nederveen Pieterse argues, can imply a sense of subservience toward the intended audience: potential donors in the U.S. and other high-income countries.

These fundraising images were used on Facebook by the 32 largest NGOs doing charitable work in low-income countries.

What may be a sincere effort to elicit sympathy distorts the reality of everyday life in developing countries.

Many of these organizations, including Oxfam, Amnesty International and Christian Aid, are trying to use what they call more “ethical” imagery.

In the past, poor children were often shown crying or appeared to be visibly suffering from malnutrition. In my research, I found that photos of happy, smiling children and other more positive images are becoming much more common in these fundraising materials.

Save the Children, a nonprofit seeking to improve child health, education and protection in low-income countries, is another example. It updated its guidelines in 2017 to ensure the informed consent and dignity of the beneficiaries. However, the charity still uses some images that stereotype its beneficiaries to evoke pity and raise funds.

As prospective donors see more of these stereotypical images in in fundraising appeals, do they become more biased against those living in poverty who they are being asked to help? Further research is needed to determine if that is the case. 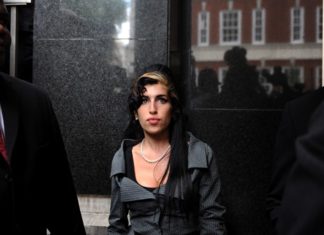 Staff Writer - October 27, 2014
By Dianna Kenny, University of Sydney Art is a cry of distress from those who live out within themselves the destiny of humanity … Inside...

Kids and their computers: Several hours a day of screen time...