This year’s election season was historic in more ways than one. An unprecedented nine states considered liberalizing cannabis laws, and here’s how it broke down: California, Massachusetts, Maine and Nevada saw their ballot measures pass, bringing the total number of states with legal adult-use cannabis laws up to eight. Arizona’s ballot measure failed to pass.

To many in the cannabis reform movement, this is cause for celebration. California is easily the biggest news here, being the sixth largest economy in the world and dwarfing all current cannabis-legal states combined. That’s a big domino to fall.

The trend toward legalization is sweeping the country, and it doesn’t seem to be slowing. This might lead some who support the movement to assume legal pot nationwide is a foregone conclusion, but that’s far from the truth.

The legality, or illegality, of cannabis at the federal level hasn’t changed at all, where it is still classified as a Schedule I drug under the Controlled Substances Act. That means that lawmakers consider cannabis a substance with a high potential for abuse and no accepted medical use. Schedule I also includes drugs like heroin, LSD and ecstasy.

Despite many rumors that the Drug Enforcement Agency would reschedule cannabis to Schedule II earlier this year, meaning that it would legally have accepted medical uses, the DEA reaffirmed its decades-old position in August. Though many activists argue fervently for cannabis’ medical uses, the science of it gets rather complicated. The federal government likely will change cannabis’ legal status at some point, but nobody knows when that’ll happen.

The DEA’s decision had an important caveat though. It allowed new entities to apply to become producers and distributors of cannabis for research purposes.

With more entities (likely other universities) doing this work, there will be a greater diversity of cannabis plants that can be researched. Unfortunately, the process to get a license to research a Schedule I drug is far more difficult than one of a lower scheduled drug, so research will be heavily restricted for as long as cannabis remains on Schedule I.

Promoting research could have a bigger effect

John Hudak of the Brookings Institution argued that the DEA’s decision to allow more entities to produce marijuana cannabis for research was actually more important than rescheduling. Rescheduling would not have as much of an effect as many believe, while promoting research will lead to a better scientific understanding of cannabis’ medicinal value – and risk. This, Hudak argues, will then likely lead to rescheduling anyway.

Hudak is right in the sense that the federal government will eventually have to reform its stance as more and more states go legal. But how exactly will that occur?

As Hudak also pointed out, simply putting cannabis on Schedule II does far less than many believe. That would place cannabis on a list with drugs like oxycodone and morphine, which can be prescribed but aren’t sold recreationally in stores. That would allow physicians to prescribe cannabis and could lead to interesting and complicated ramifications.

The Food and Drug Administration would then begin regulating it, and you can expect the pharmaceutical industry to capitalize on cannabis as well. If people are worried about “Big Marijuana,” just wait until Big Pharma gets involved. But it would do little to legitimize the recreational systems that already exist in states like Washington and Colorado.

A Schedule II placement would also do nothing to change the industry’s tax headache. An Internal Revenue Code provision that prevents cannabis businesses from making normal business deductions, and which takes a huge bite into their profits.

Cannabis would have to be on Schedule III – which includes drugs like anabolic steroids and Tylenol containing codeine – or below for that provision to no longer apply. Legalization advocates like the National Organization for the Reform of Marijuana Laws argue that cannabis should be descheduled – not rescheduled – so that it would be regulated more like alcohol.

So how will federal reform take place? It can either come from the DEA or from Congress. But the DEA has shown little sign that it would reschedule cannabis, and given partisan gridlock in Washington, we can’t expect Congress to take action on something as momentous as significant drug reform any time soon.

One interesting alternative has been proposed by famed legal theorist Erwin Chemerinsky and his colleagues. The federal government would take a “cooperative federalism” approach. That would allow states to further develop new drug laws without conflicting with federal laws, as they do now.

This would legally allow both federal and state policies to coexist without having to reschedule cannabis. Chemerinsky points out that the Clean Air Act already acts in this way, where the federal government regulates air pollution but also allows states to adopt their own regulations if they meet certain federal requirements.

History was certainly made this election season, but the story is far from over. There’s little indication that the trend of legalization will be reversed as more U.S. states legalize. How the U.S. government will act will perhaps be the climax of this policy story. It is difficult to know how – and when – that will occur. 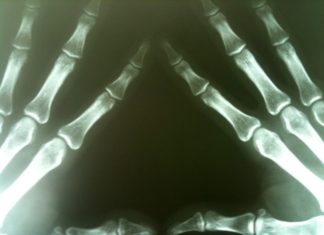 Staff Writer - May 2, 2015
Pascal Buenzli, Monash University and Natalie Sims, University of Melbourne Your bones are savvy. They are light yet strong and they repair themselves when they...