Exceptional drought, extreme temperatures, unprecedented drops in reservoir levels and threatening water shortages for millions of people have dominated headlines in California in recent years. Unfortunately, Californians are not the only people being stressed with the “water crisis.”

Citizens of one of the most densely populated areas in South America – the Sao Paulo metropolitan area (SPMA) in southeastern Brazil – are struggling with one of the nastiest water crises in decades.

With over 20 million people and the main financial and economic center of Brazil, this region is under the influence of the South American monsoon system and receives the largest fraction of its precipitation during the Austral summer, from October to March. Yet in the last four years, rain gauge stations near the most important reservoirs supplying water to the city have been reporting growing deficits in precipitation. Last year saw the worst since at least 1961, which has been followed by another dry year.

To aggravate these conditions, daily records of high temperatures during these summers have increased evapotranspiration, accelerating drought conditions, similar to what has been observed in California.

A planet with over seven billion people and limited freshwater resources is already showing environmental exhaustion and signaling humans have crossed the line of sustainability. Our capacity to mitigate the negative effects of environmental changes and how fast we can adapt is limited by multiple factors. But as a megacity – a complex and often disorganized human conglomerate – the population of Sao Paulo, Brazil is particularly exposed to the effects of extreme weather events.

The climatic factors influencing the drought in California and in Sao Paulo are likely interconnected. Cycles in the Pacific sea surface temperature that occur on decadal timescales are coupled to changes in atmospheric circulation that affect weather patterns worldwide. In some regions, atmospheric conditions are such that they block the passage of cold fronts that cause the storms to bring precipitation, changing the path of these rain events.

As long as these blocking conditions persist, there will be regions undergoing dry conditions, whereas others will be extremely wet. The North Pacific has been entering a phase that will likely increase the probability of these blocking mechanisms that favor dry conditions in California and other regions of the planet, including Sao Paulo.

Of course, similar oceanic and atmospheric conditions have occurred in the past and will continue to occur in the future. The problem that we should confront without hesitation is: how can global warming aggravate these extreme conditions, particularly in locations with high rates of urban growth such as Sao Paulo? How fast should governments act and how much should be invested to mitigate these unprecedented conditions?

In the Sao Paulo metropolitan region, the main water supply system, which provides water for about 8.8 million inhabitants, reached critical levels in early 2015. It had only 5% storage of its 1.3 billion cubic meter capacity on January 2015 and 15% at the end of the rainy season in March 2015. An impending ration mandate could leave residents without access to water for a few days a week.

The main water utility has already reduced pressure in the pipes to force conservation, a strategy that has cut off running water to millions of customers for hours and even days, depending on where one lives. Unlike California, isolated rain showers have occurred in Sao Paulo, and the desperate population, particularly in poor districts, has stored the rainwater in open containers and buckets to save it for the days of water shortage. Other citizens are drilling through their basement floors to extract the precious water leaving open wells.

As a consequence, the entire state of Sao Paulo, with a population of 40 million inhabitants, is undergoing a deadly dengue fever outbreak. In the SPMA, where the situation is really dramatic because of the limited access to water, the government created many improvised ambulatories throughout the city to attend the population with symptoms of the disease. Officials go door-to-door searching for infectious mosquito larvae and educating the population about the disease. However, all these measures have proven to be inefficient to control the dengue larvae proliferation.

What the future will bring for the growing population of the SPMA remains unknown. In the short term, it is possible the blocking conditions that have prevented storms from coming through will become less persistent in the next summer and increase the probability of extreme precipitation in the region. However, the temporary relief will not solve the imminent water crisis in Sao Paulo, nor in California, in the years to come.

Populations and governments in the world need to raise awareness about limited freshwater resources so the present sets the right stage for a sustainable future. No matter where we live or the rate of economic growth of a given nation, populations are, and will always be, vulnerable to water scarcity.

Resilience depends on numerous factors, but how populations will cope with disasters of various magnitudes is largely dictated by political actions, socioeconomic development and education.

Leila Carvalho is Associate Professor of Meteorology and Climatology at University of California, Santa Barbara. 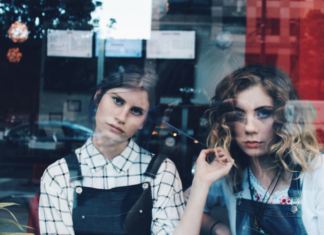 Schools fall short when it comes to helping students in grief...