Scientists have long understood that the Arctic is affected by mercury pollution, but know less about how it happens. Remote, cold and seemingly pristine, why is such an idyllic landscape so contaminated with this highly toxic metal?

Our work was the most comprehensive investigation to date of how mercury is deposited to the Arctic tundra, a vast northern ecosystem surrounding the Arctic Ocean. Our findings show that the gaseous form of mercury – emitted by coal-burning, mining and other industrial processes in the industrialized world – is being lofted into the region from thousands of miles away. In the Arctic, it is deposited onto tundra soils and ultimately runs off into ocean waters, threatening the region’s wildlife and people.

Industrialized and developing nations emit about 2,000 tons of mercury into the atmosphere every year. Globally, the largest sources include emissions from small-scale and artisanal gold mining and coal-burning power plants.

Mercury emissions from human activities take several forms that behave differently in the atmosphere Oxidized mercury, notated as Hg(II), generally settles or is rained out of the atmosphere close to emission sources. In contrast, gaseous elemental mercury, or Hg(0), remains in the atmosphere for a long time and can travel around the globe.

In the Arctic, high levels of mercury are found in beluga whales, polar bears, seals, fish, eagles and other birds. This means that humans are also affected, particularly the Inuit, who rely on traditional hunting and fishing for food. Exposure to high levels of mercury over long periods can lead to neurological and cardiovascular problems. Scientists have been working for more than two decades to determine how mercury makes its way from industrialized countries to the Arctic.

From atmosphere to plants to soil

From our observation site north of Alaska’s Brooks Range, we determined that gaseous elemental mercury in the atmosphere is the dominant source of Arctic mercury. We calculated that it accounted for 70 percent of the mercury that finds its way into tundra soil. Previous studies focused mainly on deposition of airborne oxidized mercury. However, we estimate that oxidized mercury accounts for less than one-third of mercury deposition, and deposition by rain and snow for only 2 percent.

The next question is how gaseous mercury falls to the ground. We found that plants absorb it from the atmosphere in their leaves, much as they take up carbon dioxide. Then, when the plants shed leaves or die, the mercury they contain is deposited in soil.

This likely explains why runoff from tundra soil to the Arctic Ocean – which other researchers have estimated totals 50 to 85 tons per year – accounts for half to two-thirds of total mercury input into the Arctic Ocean. There, it can be converted to highly toxic organic methylmercury. As larger animals eat smaller animals, it biomagnifies through the aquatic food chain to harmful levels.

It could get worse. Our study did not examine the potential impact of global warming, but if climate change continues unchecked, warmer temperatures could destabilize mercury deposits in permafrost soils and allow even larger amounts to migrate into Arctic waters.

We gathered our Arctic data year-round – a tall order in a place with long, dark winters when temperatures plunge to 40 degrees Fahrenheit below zero. Summers also pose challenges, especially with clouds of mosquitoes.

We used a lab set up on the tundra, which we visited regularly to calibrate and service our instruments and to collaborate with staff from Toolik Field Station, a research station operated by the University of Alaska at Fairbanks. Our instrumentation included measurements of all major forms of mercury in all environmental compartments, including the atmosphere, snow, rain, plants, lichen, mosses, and tundra soils and permafrost.

Many of our instruments allowed continuous measurements throughout the year via remote control. We needed to measure mercury levels year-round in order to develop annual mercury deposition mass balances – estimates of how much mercury was entering the Arctic from different sources and where it goes. In addition, my collaborators from France performed measurements of stable mercury isotopes – a novel and powerful technique that allowed us to fingerprint various sources of mercury in the environment.

Our research underscores the importance of the Minamata Convention on Mercury, the first global treaty designed to protect human health and the environment from this element’s adverse effects. More than 120 countries, including the United States, have signed the convention, which took effect in August 2017.

The pact requires member nations to phase out or reduce mercury from products such as batteries, certain lightbulbs, cosmetics and pesticides. They also must control mercury air emissions from coal-fired power plants, waste incineration and related industrial processes, and reduce or eliminate mercury use in small-scale gold mining and chemical manufacturing.

Following on this study, I plan to continue investigating whether gaseous mercury is also a dominant source of pollution in other remote lands, and the mechanism of plant mercury uptake, which may be the main pathway for atmospheric mercury deposits to land. Scientists, regulators and policymakers need a better understanding of how the uptake of gaseous mercury in plants and soils is affecting the environment, including the world’s forests. With the Minamata Convention as a framework, many nations will need this kind of scientific information to reduce toxic mercury hazards. 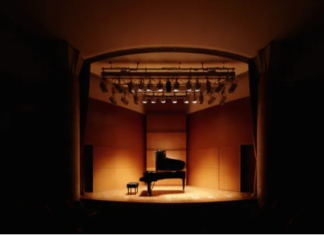 Islamic State has united Kurds in a national war of survival

Top five things you can do to keep your heart healthy