Results from the US’s 2014 midterm elections are coming in, with exit polls and projections indicating it will be a good night for Republicans. The GOP is expected to secure a majority in both houses of Congress – potentially teeing up two years of gridlock and frustration for the Obama administration.

The campaign was long, hard, and dirty: candidates in both parties spent the campaign demonising the record and character of their opponents. And while going negative may be a tradition of US politics and democracies around the world, this also represents a worrying trend.

Campaigns are less and less focused on new ideas and policies; instead, they hinge on political and national enemies. Candidates commonly present voters with a contradictory message of unity and division. On one hand, they present themselves as able to reach across the aisle to create bipartisan solutions. On the other, they spend time and money caricaturing their opponents as dangerous ideologues – even as enemies of the nation.

This negative campaigning reveals the deeper scapegoating at the heart of US democracy. Elections revolve around who can best deal with dangerous threats to the nation. The enemy changes over time. Where previous elections were warned to fear Communists, gays and black criminals, this year’s bogeymen were immigrants and terrorists, possibly carrying Ebola.

Examples are legion. In the Georgia senate race, Republican nominee David Perdue falsely accused his Democratic opponent Michelle Nunn of funding terror organisations. He linked the support for immigration amnesties with not “securing our borders” and letting Islamic State into the country.

On the Democratic side, incumbent Alaska Senator Mark Begich dishonestly smeared his Republican opponent, Dan Sullivan, for releasing sex offenders from prison while serving as the state’s attorney-general. The ad was pulled from TV broadcast and from Begich’s YouTube channel.

And even as this politics of demonisation is a product of electoral democracy, it is also a grave threat to basic democratic values.

Campaigns are about more than just winning. They are also meant to empower citizens, particularly those at the margins. By scapegoating vulnerable groups, such as immigrants or welfare claimants, ads such as these make it even harder for them to be included and heard in the democratic process.

This problem is especially important in an era when the country is already so divided. America in the 21st century has witnessed rising political and economic inequality. Its democracy, in practice and popular perception has largely followed suit; Americans feel that their representatives work less for them and more for Wall Street and other special interests.

It’s hardly surprising, then, that both sides’ appeals to national unity still rely on common enemies. In place of actual shared prosperity, we have the solidarity of a divided country uniting to combat a shared threat. And by stoking the fires of anger and resentment, politicians are able to cobble together coalitions out of an electorate whose real interests are increasingly overlooked.

Real unity, after all, would mean transforming society to promote greater social, economic and political equality. It would entail building alliances across race, class and gender for common goals of prosperity. It would not eliminate political disagreement, but instead direct them toward realising common social ends.

That is a tall order in a country largely wedded to such a narrow ideological agenda as the US. The ideal that governs mainstream American politics is built on a deep contradiction: the goal is general national prosperity, but while some will win, others will inevitably lose.

In the wake of the financial crisis, the knot at the heart of that ideal has only become more painful. Monstrous wealth inequality is growing, and a reason must be found. In the private sphere, it is not structural problems of a capitalist economy that are blamed; it is individual laziness. In wider social policy, it is welfare cheats, tax-and-spend liberals, illegal immigrants and global terrorism.

The result is a politics that depends on dehumanising wide swathes of the population. That allows not only for oligarchy, but for authoritarianism hidden under the guise of democracy.

The hand that feeds you

Those behind well-established repressive programs – such as the War on Drugs, the War on Terror and the attack on immigrants, to name a few – have all used electoral politics to unite “good citizens” against “enemies”, foreign or domestic.

While this constant scapegoating gives the political elite a break from actually tackling the country’s problems, it’s also part and parcel of the way American elections are funded. Those with the deepest pockets use their influence to advance their interests, even at the expense of the majority’s welfare. Politicians depend on corporate donations for electoral survival and it would be career suicide to challenge the system head-on.

It’s no surprise, then, that the 2014 midterms followed the same old script. Republicans and Democrats alike have tried to claw their way into power (or to cling on to it) with rhetoric that unites them in anger towards a common foe. And as President Barack Obama’s lame duck years begin, his onetime hopes of a new, pragmatic politics of unity are little more than a faint memory.

Peter Bloom does not work for, consult to, own shares in or receive funding from any company or organisation that would benefit from this article, and has no relevant affiliations. 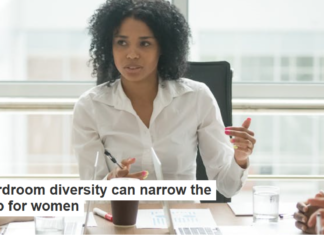 Local news outlets can fill the media trust gap – but...