The Islamic Republic of Iran boasts the world’s fourth-largest oil reserves, second-largest gas reserves and the 29th-biggest economy, estimated at US$415.3 billion in 2014. Its gross domestic product is growing about 3% a year despite the crippling impact of decades-old sanctions.

Not surprisingly, then, potential economic gains are prevailing over military, terrorism and human rights concerns in shaping responses to the historic deal agreed to this week between Iran and six major world powers (P5+1).

While Iran trails Saudi Arabia as the biggest economy in the region thanks to the latter’s energy dominance, it has many advantages over its rival that are sure to become more pronounced as sanctions are lifted. Iran’s economy is more diversified and includes a robust manufacturing sector that supplies domestic and Asian markets with chemicals, plastics, automobiles and household electronics.

Iran is also set to get a boost from about $100 billion in assets currently frozen by US and UN sanctions once the International Atomic Energy Agency (IAEA) certifies that Tehran is fulfilling its part of the deal, probably by the end of the year.

As sanctions fall away, Iran should rise swiftly back into the major leagues, propelled by larger energy exports that could top $100 billion a year, the release of hitherto frozen funds and a highly educated and motivated workforce.

Iran, for its part, has been stressing the economic and stability benefits of the agreement. President Hassan Rouhani emphasized to his nation: “We are on the brink of a new era in the international community.”

Ever the cautious international bureaucrat, IAEA director general Yukiya Amano simply endorsed the Vienna accord as a “significant step forward.” But then, the IAEA has no fiscal stake in the plan’s success or failure.

Most nations, however, do, and are counting on Iran becoming a major market for their goods and services, signaling why money is trumping other concerns when it comes to reactions to the accord. And for those that remain opposed, their rivalry with Iran meant they didn’t expect to gain anything in the first place.

Here’s a look at how 20 countries with a variety of ties to Iran reacted to news of the accord, and how economic interests were the dominant factor.

Russia is one superpower whose stance is as clear as that of many developing countries. President Vladimir Putin has declared that relations with Iran “will receive a new impetus and will no longer be influenced by external factors.”

Foremost in fiscal terms will be high-tech weapons sales and atomic reactors for civilian energy generation. Russia expects to benefit despite knowing a flood of Iranian oil and gas on the market will lower energy prices, hurting its own main source of income.

China is another superpower that warmly welcomed the deal as a “historic day.” China, like Russia, plans to sell civilian nuclear plants to Iran and is in talks to invest in gas, oil and rare earth mineral mines in Iran. Beijing, which imports more than 500,000 barrels of Iranian crude a day despite the sanctions, also hopes to have fewer problems fueling its economy.

In the US and Canada – which have little need for Iranian oil or other exports but whose companies hope to strike lucrative deals selling technology, energy infrastructure and consumer goods – the political reaction has understandably been more mixed.

Reflecting the divisions within the US about Iran’s potential martial threat, Republican presidential hopefuls such as Jeb Bush denounced the agreement as “dangerous, deeply flawed, and shortsighted.”

Democratic candidate Hillary Clinton, however, is less fearful of this threat and more focused on pitching economic welfare to American voters. She described it as “an important step” — one that she helped set the groundwork for as secretary of state.

Canada, which severed diplomatic relations in 2012 over Iran’s nuclear and human rights violations, said it needed to examine the deal further before taking any specific action, even as pressure mounts to embrace the fiscal benefits of reestablishing ties.

Australia greeted the deal by stressing “caution at least as much as the welcome,” but its exports, largely grains, to Iran are small at $222 million.

The UK, which also participated in the negotiations, has increased its trade over the past year by 36% to $109 million. London hopes to gradually restore calm to a relationship that broke off in 2011.

Israel, the GCC and the Sunni–Shiite struggle

Israel lives under the verbal threat of annihilation by Tehran and naturally does not expect to have any commercial dealings directly or indirectly with the Ayatollah’s regime.

Certainly, seen from Jerusalem, the anti-Semitic leaders of the Islamic Republic could deploy vast portions of their newfound funds to strike terror via Hezbollah and Hamas. Consequently, antipathy and fear of Iran had brought Israel closer to erstwhile Arab foes in opposing Iran.

Saudi Arabia, for example, which is locked in a sectarian struggle against Iran for dominance in Iraq, Syria, Yemen and the Gulf, had its diplomats speak confidentially about “extremely dangerous” Persian expansionism in the wake of the nuclear deal.

Fellow Gulf Cooperation Council (GCC) members Kuwait, Bahrain and Qatar, also part of this Sunni–Shiite struggle, were much more nuanced in their reaction.

All three Gulf monarchies know full well that the deal provides both economic benefits and costs. Iranian cash soon to be heading their way will boost real estate, luxury goods and consulting services. At the same time, higher Iranian oil and gas exports will eat into their established energy-based income streams. Iran’s oil minister is already planning to boost exports by 500,000 barrels per day within six months and top out at 2.5 million barrels per day within a couple of years. This will be a particularly major blow to the Saudis, whose crude oil will become far less vital to the global energy market.

Two other GCC member states, the United Arab Emirates (UAE) and Oman, are taking a more positive approach, regarding Iran’s economic and strategic reemergence as inevitable. The UAE, which has been rebuilding non-energy trade with Iran that’s now worth $17 billion, extended “congratulations” coupled with hope that the agreement will contribute to “strengthening regional security and stability.”

Oman, which helped sow the seeds of this agreement by opening up communication channels between Iran and the US, went even further, hailing the agreement as a “historic win–win.”

Oman has longstanding commercial ties with Iran in addition to a confessionally mixed population of Ibadi, Sunni and Shiite Muslims. So it cannot afford to foment intrafaith tensions that would rip apart its society and doom its emerging status as a diplomatic and mercantile hub.

Iraq’s Shiite government is allied with Iran confessionally and dependent upon it both commercially and in the battle against the Islamic State. Accordingly, Iraq sees the deal as a “catalyst for regional stability.”

Indeed, long after the US is gone from its soil, Iraq’s Shiite majority knows that maintaining not just political but economic clout over its restive Sunni population north of Baghdad will depend on Tehran’s largess via militias and cross-border trade.

Then there is dysfunctional Syria, where the tottering regime is a client beholden fiscally, commercially and militarily to Tehran.

Having just accepted a $1 billion line of credit from Iran, Bashar al-Assad could hardly do anything but praise the agreement as “a great victory” and “a fundamental turning point.” Presumably, Assad hopes that if he can just hang on to Damascus a little longer, Iran will be more empowered in convincing the US and EU that the Alawite ruling class can still secure Syria against the Islamic State.

Istanbul, despite being a regional rival of Tehran on the political stage, declared that “the nuclear deal is great news for the Turkish economy,” will lead to investment and help reduce the price of oil.

Indeed, Turkey’s economy, presently Iran’s third-largest trading partner, will benefit both from larger flows of cheap Iranian gas and oil to its own consumers and from tariffs on energy that passes through its borders to European countries.

Likewise, the entire Turkish supply chain – from corporations to individuals – stands to reap windfalls from goods flowing through its borders to Europe and beyond.

Pakistan and India, similarly, hardly feel threatened by Iran even despite Tehran’s influence on Afghanistan, due to their own nuclear capabilities. Thus, each welcomed the deal and its economic impacts.

Pakistan expects “economic growth along with an increase in trade” especially through the Iran-Pakistan pipeline. Iranian gasoline, smuggled across the border of Baluchistan and Makran provinces, has long kept the Pakistani economy afloat. But those supply lines provide no tax revenues. Now, as energy imports can take place freely and overtly, the central government in Islamabad stands to benefit.

India also expressed delight at additional “energy cooperation and connectivity” plus a reaffirmation of each country’s “right to peaceful uses of nuclear energy.” India has an ever-rising demand for fuel, and Iran is positioned a short distance away to deliver a steady supply.

Kazakhstan’s officials hailed the accord as they expect swift gains from a recently inaugurated trans-national railway. The Central Asian nation also plans to work with Iran toward enhanced cooperation in the energy-rich Caspian Sea.

China is currently Iran’s largest trading partner, with non-fuel trade expected to rise from $13 billion in 2014 to at least $80 billion by the end of this year. Rounding out the top five are the UAE, Turkey, the European Union and South Korea. Seoul also quickly joined Iran’s other top trading partners in welcoming the nuclear deal.

As the end of sanctions bolsters Iran’s economy, these 20 and many other countries will be competing over the coming months and years to enjoy the benefits that will accompany the nuclear accord taking effect.

Clearly it’s no surprise that money is dominating reactions, rather than ideals or even fear. For better or worse, global and regional responses are being shaped by fiscal calculations. Even security and strategic interests are being seen in commercial rather than military terms. 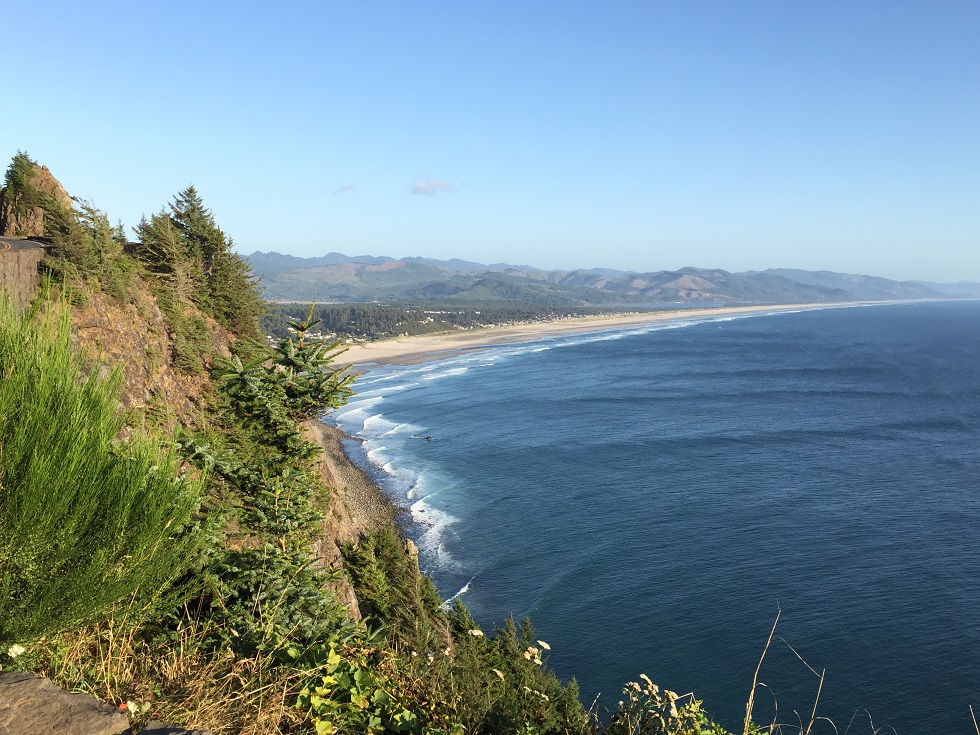 Staff Writer - August 26, 2015
Maybe because I spent so many years playing baseball, routines are important to me. I like to know that everything is planned out in...