The life story of any animal involves daily struggles and triumphs, twists and turns – and each individual has its own unique narrative.

The new Life Story series from the BBC Natural History Unit shows in intimate detail both familiar and rarely seen examples of such life-determining events. Breath-taking footage provides viewers with the highest quality images ever seen of animals experiencing the challenges involved in making their way through life towards the ultimate achievement, leaving offspring. That, as narrator David Attenborough puts it, is “the next best thing to immortality”.

We were the Open University consultants to the series, which covers everything from bower birds and cheetahs to weaver ants and elephants. While it helped us to appreciate just how much television can now allow viewers to experience the daily lives and struggles of wild animals, we all still know very little about the basic biology and survival needs of many of the animals we share the planet with.

Often it is the most recognisable animals that people actually know the least about, which is where David and I come in. We’re educational experts, as well as biologists specialising in reproduction and how animals use sound.

African elephants feature in Life Story but there are now thought to be two, not one living species of these (the bush elephant and the forest elephant). The series follows a family group of bush elephants in south Kenya. It tells the story of a new mother who is supported by the older more experienced mothers, but has to keep up with the herd as they travel.

There is a fascinating moment where they pass elephant bones and take the time to pause, exploring them with their trunks. The fact that they stop despite their need to keep moving, probably for food or water, and that the bones are important enough to stop and explore provides an insight into the intimate behaviour of these creatures.

There is also a third species that does not appear in the series: the Asian elephant. Unlike African elephants, which are mostly wild, people have since the third millennium BCE attempted to “domesticate” these slightly smaller animals. But it has always been hard to get them to breed in captivity, which sets them precariously apart from truly domesticated species such as dogs, chickens, sheep and cows that generally reproduce so well that they outnumber their wild counterparts.

We’ve been trying to domesticate the noble elephant with mixed success for quite a while.
Igor Plotnikov

Elephants are large, long-lived, travel far – and females have strong social bonds. These complications help to explain why captive Asian elephants have never become truly domesticated and their populations are endangered. Research conducted back in 1998 confirmed that captive Asian elephants breed less successfully than those with access to wild populations in a comparison with semi-captive environments including a logging camp in Myanmar.

Since then, managers have been slightly more successful at breeding these elephants in captivity. But this may be down to developments in artificial insemination and sperm preservation rather than any increases in our knowledge about the complicated reproductive biology of elephants, their social behaviour or management needs.

Elephants are known to communicate with each other through smell, sight and touch, but their ability to use sound in different ways is particularly interesting. They produce rumbling sounds through the folds in their larynx. These rumbles are structurally very varied, which means that all sorts of social information could be exchanged.

The sounds are very low-frequency and travel well through air. Elephants have been observed to respond to sounds from another elephant 2.5 km away. We know quite a lot about the characteristics of the sounds, but their precise role in the social structure of different elephant groups is still not well understood. This takes us back to Life Story and the elephants stopping to explore the remains of a fellow traveller: is this because of curiosity, or a deeper social meaning?

The long gestation period of the programme (four years in the making) surpassed that of even the Asian elephant (up to 22 months). When you work with such animals, you get used to things taking a long time.

And trainee researchers need to learn how to study for long periods to be able to extract new findings from observations. Students get a taste of this by studying elephant behaviours and interactions they are unlikely to have seen before, that take place during an intimate glimpse of how these magnificent animals go about their daily business within their own life stories for up to four hours on specially recorded footage from Woburn Safari Park in Bedfordshire.

Soon after the elephant study filming was completed, Damini, a 20-year-old female successfully produced a healthy female calf. This followed artificial insemination with sperm from Raja, the resident male, in another success at breeding Asian elephants in captivity. As in the new BBC series, another life story begins. 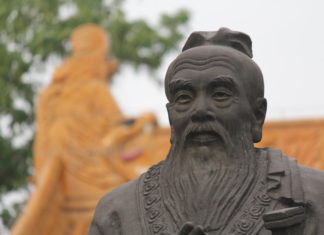