Only one week after the NCAA changed its endorsement rules on July 1, 2021, women college athletes found themselves on billboards in Times Square in New York, launching a clothing line collaboration and signing sponsorship deals for brands including a wireless carrier and a fast-food chain.

Women college athletes have historically been far more limited in their ability to profit off their athletic skills compared to their male counterparts. As an assistant professor of sport management who researches gender equity in college athletics, I believe the new name, image and likeness rules will begin to level the playing field.

In fact, women college athletes may have the most to gain from the NCAA change.

Throughout collegiate and professional sports, women are underrepresented among players, coaches, administrators and front office employees.

At best, the proportions of women working in college and professional sports have remained relatively stagnant over the past decade, with some high-profile gains at the men’s professional league levels.

These imbalances have caused many women college athletes to second-guess their ability to make a career in college coaching.

Women’s tennis provides some of the highest player salaries at an average of roughly $285,000 per season, but the salary totals for professional women athletes in other sports drop significantly from that starting point.

For professional fast-pitch softball, the number falls to a mere $6,000 per season. The average salary for Major League Baseball, meanwhile, was roughly $4.2 million for the 2019 season.

So, even when women athletes play professionally, they often do not earn enough for it to be their sole occupation.

For example, the WNBA is the toughest North American professional sports league to earn a roster spot within, given the total number of teams and roster limits. The WNBA has only 12 teams, and each roster is limited to 12 players. For comparison, the NBA has 30 teams and the roster permits 15 total players, as well as 29 G League teams with no roster limit of up to 13 players.

Despite their limited sport career prospects, women college athletes are highly marketable. This is evident in the growth in viewership for events such as the NCAA women’s gymnastics championship and the NCAA Women’s College World Series. For the 2020 Women’s College World Series, the average per game viewership was roughly 1.2 million, 10% higher than 2019. The 2020 women’s gymnastics final averaged over 800,000 viewers – five times more viewers than in 2019.

Women college athletes have also been shown to be savvy social media users, with some gaining hundreds of thousands of followers.

In fact, one 2021 analysis of projected earnings conducted by the marketing platform Opendorse found that eight of the top 10 most followed social media profiles among NCAA Tournament Elite Eight basketball players belonged to women athletes. These numbers were calculated by combining their total number of Twitter and Instagram followers.

This equates to higher earning power, as the top two women’s accounts range in potential endorsement value from $382,000 to $965,000 a year. Much of the earning potential is based on sponsored social media posts.

Some women college cheerleaders have already been earning upwards of $5,000 per Instagram post, as their sport is not governed by NCAA bylaws.

A similar 2020 analysis conducted by Athletic Director U found that, among all college athletes regardless of sport, more women than men – 14 versus 11 – are projected to be among the top 25 earners of endorsement revenue based on social reach. The annual projected endorsement potential for these top women college athletes ranged from $34,000 for Brooke Thomas of Oklahoma State University track and field to roughly $500,000 for Madison Kocian of UCLA gymnastics.

Some top women college athletes have been preparing for endorsement deals by signing contracts with talent management companies. Paige Bueckers, a University of Connecticut women’s basketball player; Cameron Brink of Stanford women’s basketball; and Sarah Fuller of Vanderbilt football and soccer are just a few of the college athletes that have recently signed with Wasserman, a sports marketing and talent management company based in Los Angeles.

These women college athletes now have a real opportunity to earn money off their skills as athletes in ways other professional sport career paths could never guarantee. 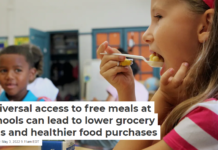 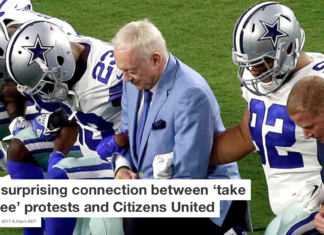