Editor’s note: Years in the making, the EPA Clean Power Plan will go down as President Obama’s signature policy in regulating carbon emissions from the electricity sector. If it survives certain legal challenges and is embraced by future presidents, it will lead to profound changes in how the US generates power, notably accelerating a shift away from coal. We’ve assembled a panel of scholars to explore the significance of the landmark regulations.

When the history books are written, the Clean Power Plan will mark the turning point at which the United States decisively committed itself to confronting climate change – firmly entrenching our nation as a global leader in the fight of this generation.

Enforcing the legal requirements of the Clean Air Act, it obligates states to reduce harmful emissions from power plants that are already changing our climate and exposing our children and their children and so forth to the risks of disruptive climate change.

While giving each state flexibility in the methods that it chooses to reduce emissions, the plan makes tremendous strides in encouraging the development of a carbon price in our nation. Analysts of all political stripes have long agreed that putting a price on carbon is the cheapest and quickest way to reduce emissions.

The trading markets in California and the Northeast have both been successful in reducing greenhouse gas emissions costs effectively. As more states join these trading programs or create their own, the resulting pricing of carbon will help to create a financial incentive for innovation in low-carbon energy, which is necessary to reduce the costs of mitigating greenhouse gas emissions.

What is often missed in calculating the paybacks of climate policies is that reductions in one place produce benefits around the world. Indeed, the biggest payoff from the Clean Power Plan may be the reductions in greenhouse gas emissions that it spurs in other nations.

As the worldwide community heads toward the Paris climate talks later this year, the rule provides critical leverage for negotiating carbon emissions reductions from other countries – helping everyone, including us here in the US.

Indeed, the promise of this plan was enough to help produce the historic US–China climate agreement earlier this year. Now, the US will enter these climate negotiations in an even stronger position of leadership and with greater ability to address the problems of climate change.

A path toward cleaner energy

Robert Percival, the Robert F. Stanton professor of law and the director of the Environmental Law Program at the University of Maryland Carey School of Law.

Eight years ago, the US Supreme Court declared that the Clean Air Act required the US Environmental Protection Agency (EPA) to determine whether emissions of greenhouse gases (GHGs) endanger public health or welfare. After carefully studying the scientific literature, the EPA determined that GHGs do endanger us by contributing to global warming and climate change. Despite a legion of legal attacks launched against this finding, it was unanimously upheld in court.

Now the EPA finally has adopted regulations to control GHG emissions from electric power plants – the largest sources of GHG emissions in the US.

Called the Clean Power Plan, the regulations set emissions targets that will reduce GHG emissions by 32% from 2005 levels by 2030. This will produce enormous benefits for public health, saving thousands of lives and putting the country on a path to a greener energy future.

The Clean Power Plan also will confirm that the US has resumed its global leadership in the battle against climate change at a particularly crucial time. In December, world leaders will meet in Paris to negotiate a new global agreement to control GHG emissions. These actions have dramatically improved the prospects for a strong global agreement in Paris.

EPA adopted the Clean Power Plan only after considering 4.3 million comments, the most the agency has ever received in any rule-making action during its 45-year history.

The final regulations include some significant changes from the agency’s initial proposal, indicating that EPA listened carefully to the comments it received from electric utilities, the states, the public, trade associations, environmental groups and others concerned about the regulations.

The EPA has, for example, increased the flexibility afforded states in designing plans to determine the most efficient way to reduce emissions. It also has delayed for two years the initial compliance date for power plants, while providing incentives for early action to invest in renewable energy sources.

Since the signing of the Clean Air Act in 1970, any time the EPA has adopted significant new regulations there have been cries of doom from industry opponents.

When auto emissions standards were adopted, when ozone-depleting substances were banned, and when lead additives were removed from gasoline, naysayers said it would be impossibly costly. Yet each of these regulatory initiatives has been an enormous success, which is why the US has avoided the kind of air pollution currently choking hundreds of millions of people in China, killing more than 1.2 million Chinese each year.

Opponents of the rules will wage fierce legal and political battles against them. Last year, before the rules were even issued, they sued the EPA, but their lawsuits were tossed out of court as premature.

With the changes the EPA made between its proposed and final rules, the agency should finds itself on an even firmer legal footing as it steers the country toward a new era of clean energy.

The weight of future presidents

The EPA has made a genuine attempt to address many of the criticisms of the Clean Power Plan as it was proposed last year. Among the key changes are modifying the clean energy targets states will have to achieve, delaying the timing of states’ compliance, allowing states more leeway to count nuclear power in compliance and providing guidance on the use of regional approaches – including cap and trade – in meeting targets.

Nevertheless, and unsurprisingly, the Clean Power Plan has already attracted vociferous opposition (soon to be followed by lawsuits) from the coal industry and recalcitrant states, not to mention the candidates comprising the GOP presidential primary field.

While some are raising legitimate questions about the ambitiousness of the Clean Power Plan, there is no denying its political significance.

No credible effort to address the causes of climate change can proceed without addressing the emissions from the electric power sector, which presently accounts for about one-third of all US greenhouse gas emissions and 40% of CO2 emissions.

Moreover, the coal industry and its political supporters have fought against any efforts to address the climate problem. The willingness and steadfastness of President Obama and the EPA to take on these emissions – even if they do not go far enough – should not be discounted.

It is also essential to put the Clean Power Plan in context with the administration’s other climate policies that include huge investment in renewable energy development through the stimulus package and other programs, stronger fuel economy standards for the nation’s cars and trucks, and the regulation of mercury and other toxic substances which have hastened the retirement of large numbers of old, dirty coal-fired power plants that emitted considerable amounts of CO2.

The real fight over the Clean Power Plan, and to some degree all of President Obama’s efforts to address climate change, will take place in the years to come.

The next president – Democrat or Republican – will have to decide whether to sustain President Obama’s policies. And, while most of the current attention is to the question of what will happen if a Republican president takes over, the same question could (and should) be asked of a future Democratic president.

The Clean Power Plan pushes the United States, even if only gently, closer to decarbonizing the electric power sector, but future administrations will need to do more to reduce these and other sources of greenhouse gas emissions if the United States is to do its part in achieving the targets that the scientific community tells us are necessary. 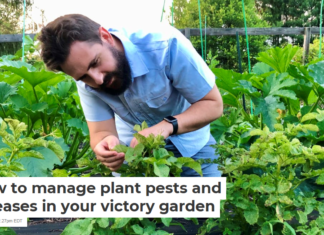 5 charts show how your household drives up global greenhouse gas...