Falling ocean oxygen levels due to rising temperatures and influence from human activities such as agrochemical use is an increasingly widespread problem. Considering that the sea floors have taken more than 1,000 years to recover from past eras of low oxygen, according to a recent University of California study, this is a serious problem.

Ocean regions with low oxygen levels have a huge impact on aquatic organisms and can even destroy entire ecosystems. Areas of extremely low oxygen, known as oxygen minimum zones or “dead zones”, are estimated to constitute 10% and rising of the world’s ocean.

This expansion has been attributed to a warming climate, which increases water temperature, changes ocean circulation, and decreases the solubility of oxygen in sea water. At the same time fertiliser and pesticide run-off from farming and other human activities leads to rising levels of nutrients such as nitrogen and phosphorous reaching the sea.

Together, these two processes speed up the release of chemicals from ocean sediments and promote algal blooms. Subsequent algal death and decay result in increased consumption of oxygen in the water. The result is that other aquatic species such as invertebrates on the seafloor and fish suffocate for lack of oxygen.

Due to circulation and runoff effects, dead zones are especially severe around large cities on the western continental coasts such as the coast of Peru, and within enclosed or semi-enclosed regions like the Baltic Sea or Gulf of Mexico.

Looking to the past

What effects will these changes have? We don’t yet know how great the effects of human-caused climate change will be, nor how much can be done to try and mitigate the effects on the environment. Even if oceanic oxygen levels rise again, will the world’s ocean ecosystems be able to recover?

The University of California study, published in the Proceedings of the National Academy of Sciences, studies fossils of over 5,400 sea animals including seed shrimps, molluscs, and brittle stars in order to try and answer this question. By examining seafloor sediments the researchers assessed how global warming affected sealife during the transition from the last ice age to the more-recent interglacial period, between 17,000-3,000 years ago.

What the study found was that within only 130 years the oceans underwent devastating changes that led to complete collapse of invertebrates on the seafloor. More worryingly, the fossil records show that ecosystem recovery took at least 1,000 years.

So the current growth of dead zones could leave drastic and long-lasting changes to marine life biodiversity. Climate change caused by human activity has already caused significant environmental damage over a relatively short time – the vast increase in pollution, ocean acidification, overfishing and deforestation in just the last 50-100 years, for example. However long it takes us to reverse the effects of global warming, if indeed we can, it will likely take ocean ecosystems many orders of magnitude longer to recover.

Though microscopic organisms residing in the ocean and on the seafloor might seem to have little relevance to us, even small changes in ocean ecosystems can have enormous effects on the entire ocean food chain, from the smallest bacteria to the largest fish. Any impact on the creatures higher up in the food chain will have a massive impact on the human communities that rely on them economically and as a food source.

Studies have shown that populations of mid-water fish such as Pacific hake decreased by up to 60% during periods of low oxygen off the coast of Southern California.

Conversely, numbers of Humboldt squid, which are more tolerant of low-oxygen waters, have increased significantly in the same location. Even the fish that can survive in dead zones are not faring well: large numbers of female Atlantic Croaker have been found to be growing testes-like organs instead of ovaries, a sexual deformation which causes infertility.

Any shifts in ecosystem biodiversity can lead to a vicious feedback loop: dead zone seafloors turn into biodiversity deserts, where little but methane- and hydrogen sulphide-producing bacteria survive. Paired with changes in nutrient cycling which result in the release of nitrogen gas, levels of greenhouse gases being released from the ocean to the atmosphere increase and contribute to further global warming.

To prevent the possibility of a 1,000-year (or longer) recovery period from a dead zone seafloor, we need to be much more aware of how the various environmental aspects are connected. An understanding of how de-oxygenation has affected the ocean in the past and how our actions are affecting the ocean in the present is critical to either preventing a recurrence or at least minimising effects of what we have already done. 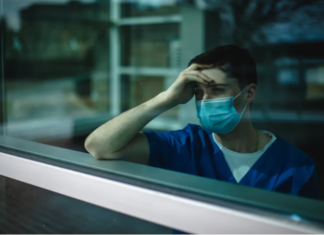 Staff Writer - September 18, 2021
Rayna M Letourneau, University of South Florida The fourth wave of COVID-19 is exacerbating the ongoing crisis for the...

Investors swoon over Bumble’s IPO – but what exactly is an...

There’s no evidence human pheromones exist – no matter what you...