Many of the ocean’s most charismatic animals spend their lives swimming, flying or gliding thousands of miles, from the coasts to the high seas. Arctic terns, humpback whales and sea turtles are examples. Scientists have spent many years documenting and studying these magnificent journeys.

Chronicling where these species go is just the beginning. The next steps are understanding when and how far each animal travels and what triggers it to roam.

We are a marine biologist and an evolutionary ecologist and have worked together to study the nesting and migration habits of endangered olive ridley sea turtles (Lepidochelys olivacea). This information is vital for managing the turtles’ recovery – but our research shows that two identical-looking olive ridleys may follow very different paths.

Mapping the spatial distribution and movement patterns of marine animals that are endangered or threatened is essential for defining critical habitat – areas that these species need in order to recover, such as key breeding or feeding grounds.

Once scientists identify critical habitats, governments can integrate them into marine protected areas. These typically are defined zones with fixed borders. They benefit marine animals that stay in one place, like sea anemones; have small ranges; and require specific habitats, such as coral reefs or seagrass beds.

But highly migratory marine animals have large ranges and can travel many miles per day. They may prefer a certain location one year and a different one the next year. And their movements are driven by shifting ocean circulation patterns. Marine protected areas are not effective for protecting highly mobile species – and olive ridley sea turtles are incredibly mobile.

Olive ridleys are among the smallest of the world’s sea turtles and are found in the tropical Atlantic, Pacific and Indian oceans. They are best known for their signature synchronized mass nestings on beaches in early summer, which are called arribadas – Spanish for “arrival.” https://www.youtube.com/embed/-SkqLta93Ys?wmode=transparent&start=0 Thousands of female olive ridley sea turtles nest in an arribada in Costa Rica.

Fishing in the eastern Pacific Ocean decimated nesting colonies of olive ridleys before commercial exploitation ended in the 1980s. The species has begun to recover but remains listed as vulnerable by the International Union for the Conservation of Nature. The U.S. classifies olive ridleys as threatened, except for a group that nests on Mexico’s Pacific coast that is classified as endangered. Threats include fishing, hunting of eggs and turtles on nesting beaches, coastal development, boat collisions and water pollution.

One of us, Pamela Plotkin, began studying olive ridleys in 1990, when satellite telemetry first emerged as a viable tool for following them at sea. Initially, Plotkin expected to document groups of turtles migrating from their mass nesting beach in Costa Rica to an undiscovered feeding ground in the eastern Pacific Ocean, far from land.

Adult female sea turtles typically have a predetermined endpoint where they go to feed after they finish nesting on beaches. It was easy to imagine throngs of turtles migrating in “turtle schools” between the beach and their feeding ground.

Plotkin envisioned creating a simple conservation plan to protect the migratory corridor linking these two critical habitats. But she found nothing of the sort.

Instead, she learned, olive ridleys’ journey has no endpoint. They swim hundreds to thousands of miles from their nesting beach, moving continuously among multiple areas, following unpredictable and widely dispersed pathways that vary year to year.

Clearly, there was a need to better define critical habitat for this highly mobile turtle in a huge expanse of ocean.

Searching for the sweet spot

In 2015, with the addition of doctoral student Christine Figgener, our research group picked up where prior studies had left off. Part of Figgener’s dissertation research focused on characterizing critical habitat for olive ridleys in the eastern Pacific Ocean and understanding their habitat preference based on changing environmental variables. They included sea surface temperature and concentrations of chlorophyll-a, which is found in marine algae, an essential food source for the diverse plankton that olive ridleys eat.

Figgener captured olive ridleys from multiple beaches in Costa Rica, including turtles that nested alone rather than in large groups. She glued satellite trackers to 23 turtles’ shells and followed them from their nesting beaches. We also acquired satellite data on conditions including sea surface temperature, chlorophyll-a concentrations and how deeply sunlight penetrated into the upper ocean in areas where the turtles traveled.

By combining old and new data, with a total of 43 different migration tracks and 1,553 in-water turtle locations, we identified high-use areas for olive ridleys between Mexico and Peru and developed a habitat preference model to understand what attracts turtles to specific areas.

The female olive ridleys that we tracked swam long distances north, west and south from Costa Rica. Their routes did not overlap, and their movements did not reveal any well-defined migratory corridor of the kind that many species follow.

We mapped the areas where these nomads clustered, and found that their high-use areas spanned the exclusive economic zones – areas extending up to 200 miles offshore – of six countries: Mexico, Guatemala, El Salvador, Nicaragua, Costa Rica and Panama.

Our model indicated that the turtles preferred habitat where the water was warmer than about 77 degrees Fahrenheit (25 degrees Celsius) and deeper than 13,000 feet (4,000 meters), and where phytoplankton were abundant.

Dynamic management has been used successfully in developed countries to reduce threats to whales, fish and sea turtles from capture in fisheries and vessel strikes. It integrates many kinds of data, including satellite tracking, voluntary catch reports from fishermen and modeling of target species’ habitat preferences. Information is quickly shared via mobile apps so that, for example, ship captains are alerted to reduce vessel speed when whales are likely to be nearby.

Expanding this approach to developing countries poses a challenge, but is within reach. A dynamic management system for olive ridleys would need to predict where the turtles are likely to be present in a perpetually changing environment, and address threats in these critical spaces. It also would require nations to work together to regulate fisheries that capture and threaten turtles in their territorial waters.

Another important angle of our research is the contrast we found between habitat use by mass-nesting turtles and solitary-nesting turtles. It supports previous studies that found two distinct groups of turtles within the same population.

Conservation efforts on nesting beaches have focused mainly on protecting a small number of beaches in Mexico and Costa Rica that olive ridleys use for mass nestings. But hundreds of solitary nesting beaches extending from Mexico to Ecuador are largely unprotected. These turtles have declined significantly in number in recent years. We contend that conserving olive ridleys will require action both on land and at sea. 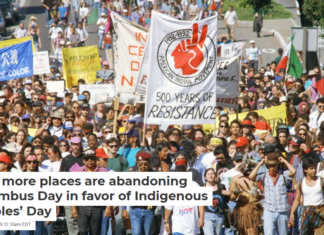 How to keep your jack-o’-lantern from turning into moldy, maggoty mush...