Mobile phones are everywhere. In fact, they may be nearly as common on the African savanna as they are on American subways.

With the explosion of mobile technology in developing countries, a common narrative is that phones are transforming poor people’s lives. Phones, the story goes, reduce the effort required to search for information and make commerce more efficient.

As technology has spread, so has research on its effects. With support from the National Geographic Committee for Research and Exploration, I study how Maasai pastoralists in Tanzania respond to various issues, including biodiversity conservation, globalization and technology. I and others are learning that mobile phones are changing lives, but perhaps not as much as some may think.

Recent studies have found that phones are critical new technologies to combat pastoralists’ greatest challenge: uncertainty. For generations, herders have moved across the landscape in search of forage and water for their livestock. Social networks are paramount for sharing information, but communication has long been challenging. Now, with phones, herders can share information easily, quickly and over great distances.

In Benin and Ethiopia, researchers have found that phones help facilitate social connections for Fulani and Borana herders, respectively. But efforts to leverage phones for broader economic gains are hampered by illiteracy and limited cellular coverage.

Among Maasai herders in Kenya, one study found that phone use is widespread but people largely communicate within their existing social networks. Establishing new connections is much less common.

Another study from Kenya found that Samburu herders don’t rely on phones during drought periods. It’s risky to move herds in search of water, and herders fear being misled by informants about where valuable resources are.

In the hands of the Maasai

Recently, collaborators and I interviewed hundreds of Maasai in northern Tanzania to learn how they use mobile phones. In 2010, half of the households in our study area used phones. Now virtually all households do.

As one of our respondents commented, “The phone is one of the best tools we have ever seen.”

In our new paper, Joel Hartter and I describe how Maasai are integrating phones into most aspects of their lives.

Like earlier studies, we found that Maasai use phones to support traditional herding activities. Herders call each other to locate resources or notify others when health emergencies arise. We also learned that they use phones for many other activities, including getting information that helps them farm.

Rain-fed agriculture poses a different challenge in this semi-arid region where rainfall is highly variable. Unable to move fields to water, Maasai try to coordinate their planting with the onset of the rainy season.

This is a precarious proposition each year. But with basic phones, Maasai call experienced smartphone users who can download weather forecasts. Demand for these few individuals is so high they’ve become like medicine men.

In addition, phones help communities manage persistent conflicts with wildlife. Elephants, zebra and bush pigs can devastate agricultural fields. And lions and other predators can threaten livestock and people alike. Maasai now use phones to communicate about about wildlife and avoid conflicts or reduce their consequences.

And phones support commerce. Maasai can make calls to check prices for livestock and other commodities at different markets. Pictures of animals can be texted around to prospect for buyers. Mobile banking applications help users conduct transactions and monitor their accounts.

Our respondents also told us that some people are using them to lie and cheat and steal.

As the Samburu herders of Kenya found, Maasai people also lie to callers about the locations of valuable forage or water. Young brides use phones to arrange extramarital rendezvous. And criminals can use phones to lure victims to “meetings” to ambush them en route.

Maasai have strong traditions surrounding lending and gift giving; requests for a loan or a gift are typically made in person. People seeking assistance can use a phone to call ahead before paying a visit. Someone who doesn’t want to help can lie and say they’re not around.

As traditionally spiritual people, Maasai can be superstitious about phones. Respondents described instances of witchcraft where people received calls from mysterious numbers and instantly died. They also expressed grave concern about the fact that they, just like other phone users around the world, feel phantom phone vibrations.

Taken together, these issues seem to have weakened community ties. Respondents told us that while phones make group meetings easier to arrange than in the past, it’s harder to get people to attend. In many ways, phones help people to be more independent – and individualistic.

In addition to simply describing how Maasai use phones, we also wanted to see if people use phones to communicate with more types of people or about more types of information than they do face to face.

In one of the most cited papers in social science, Mark Granovetter found that “weak ties” with acquaintances were more useful for finding and securing job opportunities than “strong ties” with close friends and family. The value of weak ties is that they provide new, diverse types of information.

We thought that phones may be helping people to expand their weak ties and broaden their horizons. What we found instead was that face-to-face communication was more diverse among the Maasai than phone-based communication, even when controlling for factors like age, wealth and education.

These findings are well aligned with those from other studies of phone use in developing communities. Generally, phones support longstanding, culturally ingrained activities – they don’t transform them. One change, though, is that phone use amplifies issues of trust and distrust.

These are some early findings, and many questions remain. This year, with funding from the National Science Foundation, we will begin examining how phone use affects the social networks of Maasai men and women differently. 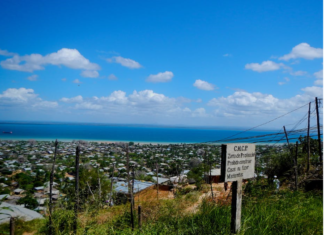