By Robert Richmond, University of Hawaii

This fall, President Obama signed a proclamation that created the biggest marine reserve in the world. By extending the protective boundaries around Wake Island, Jarvis Island and Johnston Atoll from 50 to 200 nautical miles, the Pacific Remote Islands Marine National Monument netted a six-fold increase in area. Resource extraction – including marine mining and commercial fishing – is now prohibited. Protecting these 490,000 square miles is a huge step forward in supporting efforts for marine resource protection and sustainability in the Pacific.

Trawling like this won’t be happening in the area anymore.
Pascal Rossignol/Reuters

Due to improved fishing technologies, there are simply no natural refuges left in the oceans, only those we choose to establish and respect. Resources can be exploited from every depth, location, nook and cranny. Bottom dredges, trawlers, so-called fish finders that use SONAR to detect fish, SCUBA nighttime spear fishing, long-lining and cyanide used by some aquarium fish collectors have all contributed to the loss of resources at unsustainable levels. These techniques come with a high degree of collateral damage too, including by-catch.

Marine Protected Areas are a proven tool to address such losses. When properly enforced, they serve to protect all the parts of a functioning marine ecosystem. Just as in human health, all of the parts need to be protected and in good functional shape. Great kidneys and lungs won’t work if the heart or brain are missing. Likewise, a healthy marine ecosystem needs a balance of all trophic – or feeding – levels including a variety of primary producers, prey and predators and the supporting physical habitat.

To use another metaphor, MPAs are like bank accounts; the fisheries resources contained within are the principal that produces interest in the form of offspring: larvae that become juveniles and eventually reproductive adults. The greater the principal in the form of fish stocks, the greater the interest which can be drawn sustainably in the form of caught fish. It is also notable that as the size of a mature female fish doubles, her reproductive capacity increases up to a thousand-fold. Protecting the so-called BFFs – big fat females – raises the interest rate considerably, and is essential to the maintenance of fisheries stocks in large MPAs.

Welcome to the neighborhood

Key considerations in the selection and design of Marine Protected Areas include location, size and connectivity. The recently designated areas for expanded protections in the Pacific Remote Islands are particularly well chosen for a number of reasons.

From a human (not fish) perspective, these islands are indeed remote. Ranging hundreds to thousands of miles south and west of Hawaii, they’re distant from land-based sources of pollution and sedimentation. The lack of resident human populations on these islands and their relatively minimal use make them low-hanging fruit in the search for locations that can be added to the world’s inventory of MPAs. It’s far more difficult to establish much-needed large protected areas where there are preexisting high levels of use.

Sea turtles are some of the happy residents of this protected area.
Kydd Pollock, CC BY

Models of climate change impacts show an increase in the size and persistence of the western Pacific warm pool, a body of the world’s warmest waters that spans from the equatorial Pacific to the Eastern Indian Ocean. This is expected to cause migratory fish to move east and north, into the Pacific Remote Islands. Catch data demonstrates an increase in fish populations in this region during El Niño years when sea surface temperatures rise. For this reason, the location of this Marine National Monument is especially important for the future.

Kingman Reef, pretty close to the middle of nowhere.
Susan White/USFWS, CC BY

The establishment of large MPAs like those covered under Obama’s recent proclamation is both scientifically defensible and critically important. But MPAs alone can’t ensure resource sustainability into the future. Consider the kids’ game of tag: you’re only safe when you’re securely on base, and you’re at risk of capture when you run from one base to another. Fishers are familiar with this as well; they’ll simply line up in the corridors of connectivity among MPAs to capture migratory species as they travel from one safe base to the next. To protect populations of fish as they move, regional MPA networks must include a number of these connection corridors.

Finally, the expanded areas of protection, as with all MPAs, will be of no value unless there is effective enforcement. This will require sufficient dedicated financial, institutional and human resources to work. The tools are available, including vessel monitoring systems, observer programs, satellite surveillance and drone technologies. Marine spatial planning that identifies clear shipping lanes makes it easier to spot poachers, and with appropriate regional political will, it can be easy to impound such vessels coming into ports to offload or refuel.

Still, only 2% of the world’s oceans are under any kind of protection, far less than the 30% recommended by numerous marine scientists and policy makers. This goal is based on biological concerns about the loss of species, habitat and marine ecosystem sustainability, and the economic realities of documented overfishing and resource depletion in our oceans. Considering the impacts of global climate change on top of over-exploitation of fisheries resources and ongoing pollution, meaningful action is critical if we are to leave a legacy of healthy oceans and resources for future generations.

Robert Richmond is affiliated with Pew.
I am a Pew Fellow in Marine Conservation (2008) and the Pew Environmental Group has been supporting the expanded protections 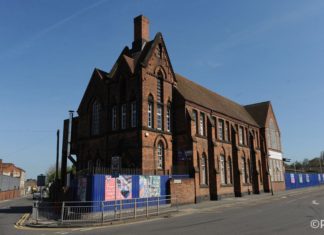 Staff Writer - October 16, 2014
By Sadaf Rizvi, The Open University The Trojan Horse extremism affair that hit a group of Birmingham schools this summer and the ongoing inquiries into...

Breathing wildfire smoke can affect the brain and sperm, as well...