The two parties in Congress don’t agree on much these days. However, in the final days of December, they struck a deal that will give about 2 million federal workers paid time off following the birth of a baby, an adoption or the arrival of a foster child in their home.

A growing number of states have passed similar laws. These new measures are aimed at addressing a major gap in American workplace policy. The United States is the only developed country that fails to guarantee paid parental leave to workers generally.

As an expert on the laws and policies that govern employment and families, I’ve studied parental leave laws around the world. In my view, the new U.S. laws are an important step forward, but I think they treat single-parent families unfairly.

Most other countries have separate paid maternity and paternity leave guarantees, with mothers receiving much more time than fathers. Some countries supplement this structure with a gender-neutral paid parental leave, often awarded on a family basis. In general, women use most of such shared leave. To encourage men to take more time, a few countries, including Sweden and Iceland, make a portion of parental leave usable only by fathers.

The U.S. model is very different.

The federal and state leave laws provide each parent an equal and individual right to time off. For example, when the policy covering most federal workers is implemented, moms will get 12 weeks of paid leave, and so will dads. Both members of a same-sex couple will be able to take time off, so long as each is recognized as a parent.

Early evidence from states that have implemented paid leave laws suggests that fathers are taking advantage of the opportunity. In California and Rhode Island, men account for almost 40% of parental leave claims. This rate is far above the average for industrialized countries of 18%, and very close to that of international leaders.

There are documented benefits to encouraging fathers to take time off with a new baby. Studies of men who take parental leave suggest that those dads will be more engaged parents months, or even years, later. Having more men take leave can also promote equality at work and home more generally.

The U.S. structure, however, disadvantages single-parent families, as they can claim only half as much leave as a two-parent family. This is a significant problem because about 40% of U.S. births are to unmarried parents.

For some racial and ethnic groups, the numbers are even higher.

There are also large disparities on the basis of education and income. In short, highly educated and relatively affluent adults tend to marry before they have children. Less affluent and less educated adults are more likely to have children outside of marriage.

Where unmarried parents are living together, or otherwise both involved in child care, it makes sense that each should be able to take parental leave. But many single parents, disproportionately women, raise children on their own, even from birth.

Other countries that set aside parental leave time for each parent address this issue by having special rules that apply to parents with sole custody. For example, in Iceland, generally moms get three months of leave, dads get three months, and either parent can use an additional three months. Single parents, however, can use the full nine months.

U.S. laws could be made more equitable by allowing single parents to take an extended leave, or to share benefits with a different family member – like the baby’s grandparent. As the cost of benefits would be spread through the tax system, this would not place an extra burden on individual employers.

Without this change, laws designed to promote labor rights and sex equality within families will likely continue to have the unintended consequence of causing inequality between families. 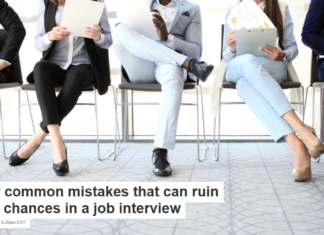 Four common mistakes that can ruin your chances in a job...

Staff Writer - January 8, 2019
Janina Steinmetz, City, University of London If you make it to the job interview stage of an application process, the prospect of a new job...

The four-day work week – has its moment arrived? Podcast