Not only is depression a debilitating disease, but it is also widespread. Approximately 20 million adult Americans experience at least one episode of depression per year.

Millions of them take medication to treat their depression. But for many, the medications don’t work: Either they have minimal or no effect, or the side effects are intolerable. These patients have what is called treatment-resistant depression.

One promising treatment for such patients is a type of brain stimulation therapy called transcranial magnetic stimulation.

This treatment is not new; it has been around since 1995. The U.S. Food and Drug Administration cleared transcranial magnetic stimulation in 2008 for adults with “non-psychotic treatment-resistant depression,” which is typically defined as a failure to respond to two or more antidepressant medications. More recently, in 2018, the FDA cleared it for some patients with obsessive-compulsive disorder and smoking cessation.

Insurance generally covers these treatments. Both the psychiatrist and the equipment operator must be certified. While the treatment has been available for years, the equipment to perform the procedure remains expensive enough that few private psychiatry practices can afford it. But with the growing recognition of the potential of transcranial magnetic stimulation, the price will likely eventually come down and access will be greatly expanded.

Transcranial magnetic stimulation is a noninvasive, pain-free procedure that has minimal to no side effects, and it often works. Research shows that 58% of once treatment-resistant patients experience a significant reduction in depression following four to six rounds of the therapy. More than 40 independent clinical trials – with more than 2,000 patients worldwide – have demonstrated that repetitive transcranial magnetic stimulation is an effective therapy for the treatment of resistant major depression.

As a professor and psychiatrist who has used transcranial magnetic stimulation to treat some of my patients, I have seen depression symptoms decrease even within the first two weeks of treatment. What’s more, the effects continue after the treatment has ended, typically for six months to a year. After that, the patient has the option of maintenance treatment. https://www.youtube.com/embed/pfy0t5Yapco?wmode=transparent&start=0 Transcranial magnetic stimulation helps increase blood flow and dopamine levels in the brain.

For the patient, the procedure is easy and simple. One sits in a comfortable chair with a snug pillow that holds their head in place, puts on earplugs and can then relax, check their phone, watch TV or read a book.

A treatment coil, which looks like a figure 8, is placed on the patient’s head. A nearby stimulator sends an electrical current to the coil, which transforms the current into a magnetic field.

The field, which is highly concentrated, turns on and off rapidly while targeting a portion of the prefrontal cortex – the area of the brain responsible for mood regulation.

Researchers know that people suffering from depression have reduced blood flow and less activity in that part of the brain. Transcranial magnetic stimulation causes increases in both blood flow and in the levels of dopamine and glutamate – two neurotransmitters that are responsible for brain functions like concentration, memory and sleep. It’s the repeated stimulation of this area – the “depression circuit” of the brain – that brings the antidepressant effect.

It is not ‘electroshock’ or deep brain stimulation

Some people confuse transcranial magnetic stimulation with electroconvulsive therapy, a procedure used for patients with severe depression or catatonia. With electroshock therapy, the anesthetized patient receives a direct electrical current, which causes a seizure. Typically, people who undergo this procedure experience some memory loss after treatment.

Transcranial magnetic stimulation is very different. It doesn’t require anesthesia, and it doesn’t affect memory. The patient can resume daily activities right after each treatment. Dormant brain connections are reignited without causing a seizure.

It should also not be confused with deep brain stimulation, which is a surgical procedure used to treat obsessive-compulsive disorder, tremors, epilepsy and Parkinson’s disease. https://www.youtube.com/embed/a_8bOCNjJpY?wmode=transparent&start=0 Transcranial magnetic stimulation stimulates the ‘depression circuit’ in the brain.

Transcranial magnetic stimulation patients undergo a total of 36 treatments, at 19 minutes each, for three to six weeks. Research has concluded that this is the best protocol for treatment. Some patients report that it feels like someone is tapping on their head. Others don’t feel anything.

Some very minor side effects may occur. The most common is facial twitching and scalp discomfort during treatment, sensations that go away after the session ends. Some patients report a mild headache or discomfort at the application site. Depending on how effective the therapy was, some patients return for follow-ups every few weeks or months. It can be used in addition to medications, or with no medication at all.

Not everyone with depression can undergo this type of brain stimulation therapy. Those with epilepsy or a history of head injury may not qualify. People with metallic fillings in their teeth are OK for treatment, but others with implanted, nonremovable metallic devices in or around the head are not. Those with pacemakers, defibrillators and vagus nerve stimulators may also not qualify, because the magnetic force of the treatment coil may dislodge these devices and cause severe pain or injury.

But for those who are able to use the therapy, the results can be remarkable. For me, it is amazing to see these patients smile again – and come out on the other side feeling hopeful. 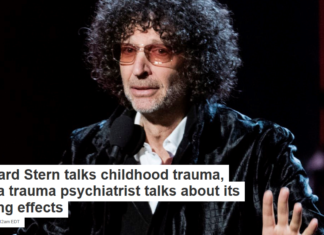 Staff Writer - June 3, 2019
Arash Javanbakht, Wayne State University With the awakening in society of the importance of mental health, combined with advances in neuroscience and psychiatry, much...