In life, we often find the friend of a friend likable.

Less likely to go to war

Conventional wisdom and scholarly research agree that when countries form military alliances, they solidify cooperation and peaceful relations with one another. For example, we don’t expect two countries to fight each other if they are both members of NATO or have signed a bilateral alliance.

Most research on military alliances focuses on pairs of countries. However, our study shows that the effect of alliances goes beyond that direct connection and ties states together in ways that are not always immediately obvious.

The formation of an alliance between two countries also creates indirect ties between all of the states connected to those new allies. If countries A and B have an alliance and countries B and C have an alliance, then A and C are indirectly linked through their mutual connection to B. One would expect that A and C are unlikely to fight one another, since they each had enough in common with B to form an alliance.

By studying indirect alliance ties, our research was able to test this truism. We used statistical models designed for the analysis of network connections to study the link between indirect alliances and conflict from 1965 to 2000. We found that countries with a common ally are less likely to fight one another than pairs without this common bond. And the effect doesn’t stop there. Military alliances also reduce the risk of conflict between more distant indirect allies.

Think of international alliances as a web linking countries across the globe through ties both direct and indirect. The “path length” between any two countries can be defined as the number of steps it takes to link the two in the network. For example, if country A is allied to country B, which is allied to country C, then A and C have a path length of two. In other words, there are two degrees of separation between A and C.

Our study finds that neighboring countries separated by up to three degrees in the alliance network are significantly less likely to fight each other than pairs of states less closely connected.

This dynamic played out in the case of Turkey and Iran. Between 1965 and 1979, the two countries were not allied to each other, but both had alliances with the United States. During this period, Iran and Turkey did not have any serious military conflicts. Following the 1979 Iranian Revolution, however, Iran and the United States severed their alliance, breaking the indirect connection between Turkey and Iran. From 1981 to 2000, Iran and Turkey clashed over allegations that Iran was offering safe harbor to the Kurdistan Workers’ Party (PKK), a militant group active in southeastern Turkey. This dispute periodically escalated to cross-border helicopter raids and aerial bombings.

In any study of war, it’s important to remember that military conflict between countries is a rare event. Most countries are not fighting each other at any given time. In fact, as our research shows, in any given year, there is about a 3 to 4 percent chance that any two neighboring countries separated by three degrees in the alliance network will experience a serious conflict involving some use of military force. For countries separated by four degrees, the chance of conflict rises sharply to nearly 6 percent.

An important point about the effect of indirect alliance ties is that these links matter precisely for the pairs of countries most at risk of conflict – in other words, neighbors.

A well-established finding in the study of international conflict is that war is more likely to occur between neighboring countries. Not only are neighbors more likely to have grievances to fight over, but most countries aren’t capable of fighting distant foes, even if they wanted to. No matter how much their governments may disagree, the militaries of Bolivia and Botswana are unlikely to ever fight one another.

Connections of one, two and three degrees in the alliance network reduce the risk of conflict for at-risk neighboring states.

Our research suggests that international alliances matter more than previously thought. Alliances do not just promote cooperation among their members; they also reduce the risk of serious conflict between the countries they indirectly tie together in the global network of alliance connections. Any evaluation of the importance of current military alliances would do well to consider the far-reaching effects of these agreements. 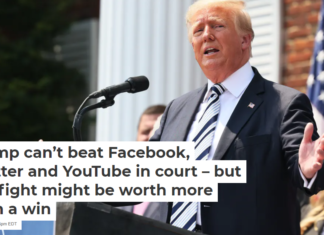